Corita Kent, that they may have life, screenprint, 1964. 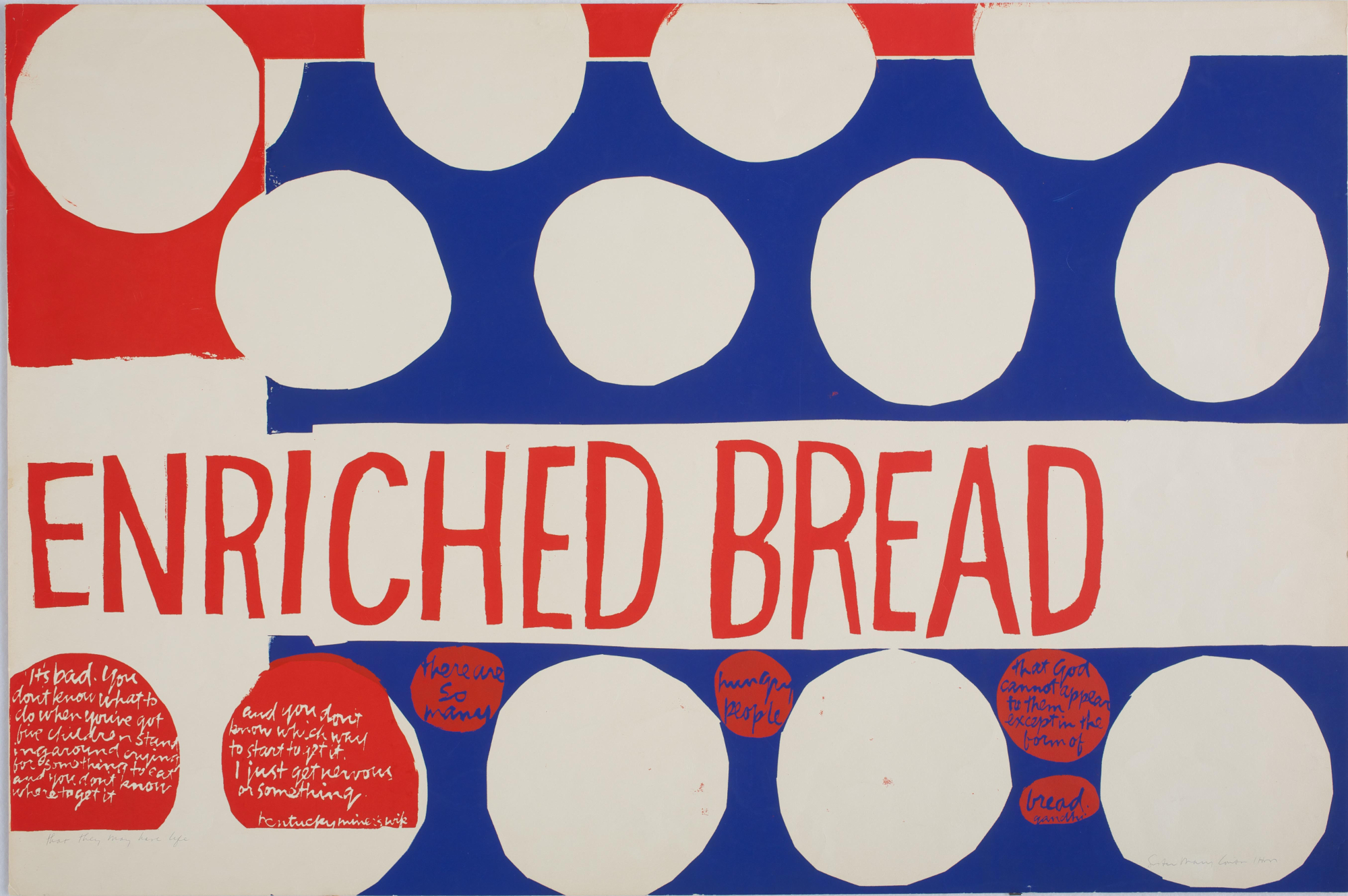 A print by the legendary activist-artist

The title of this print is a reference to this saying of Jesus as reported in John’s gospel in the Christian bible: ‘The thief comes only to steal and kill and destroy; I have come that they may have life, and have it to the full.’

This print takes the slogan ‘Enriched Bread’, and its overall design, from the wrapping around Wonder Bread, a US brand of cheap sliced white bread.

Bread has religious significance for Christians. Bread is multiplied during the feeding of the five thousand. It becomes the body of Jesus during his last supper. It is mentioned in the Lord’s Prayer: ‘Give us this day our daily bread.’

In her 1967 book, Footnotes and Headlines: A Play-Pray Book, Corita Kent wrote: ‘In a way all the words we need are in the ads/they can be endlessly re-sorted and reassembled/it is a huge game/it is a way of confronting mystery, unless you are so poor, you think you need all the things they say you need, and take them on a single meaning level.’

Corita Kent also wrote: ‘The most noble words can become ineffective cliché, but clichés when put into a new context can become unclichéd.’

This poster and others can be seen in Corita Kent: Get With The Action at Ditchling Museum, East Sussex. Reviewed here by Erica Smith.