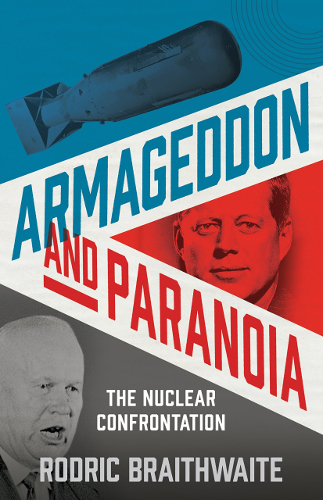 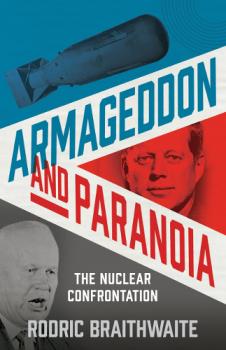 Sir Rodric Braithwaite was foreign policy adviser to prime minister John Major and chair of his joint intelligence committee. A history of the nuclear arms race from such an insider is bound to be a polished piece of mainstream propaganda.

For example, while he concedes that US president Richard Nixon did issue nuclear threats (over Vietnam in 1969, and during the 1973 Egypt-Israel war, both mentioned on p333 of the book), Braithwaite sees these as the two exceptions rather than the rule. He has this bold denial: ‘Even though they still had a nuclear monopoly, the Americans did not use or seriously threaten to use the weapon during the confrontation around Berlin in 1948 [or] during the Korean War in 1950.’ (p318)

On the US state department historian’s website: ‘During the Berlin Blockade of 1948–49, President Truman transferred several B-29 bombers capable of delivering nuclear bombs to the region to signal to the Soviet Union that the United States was both capable of implementing a nuclear attack and willing to execute it if it became necessary. During the Korean War, President Truman once again deployed the B-29s to signal U.S. resolve.’

If we look at the bigger propaganda picture, Armageddon and Paranoia assumes (without argument) that ‘nuclear deterrence’ was about ‘Mutually Assured Destruction’, preventing nuclear attack by threatening retaliation.

But the book also contains evidence of US interest in nuclear war-fighting as well as war-deterring. US president Dwight D Eisenhower is quoted from 1954: ‘I see no reason why they [nuclear weapons] shouldn’t be used just exactly as you would use a bullet or anything else.’ (p149)

In the 1960s, the US nuclear war plan, SIOP-63, included ‘the idea that the Americans should be able to use nuclear weapons to deter or repel limited or regional Russian aggression’. (p155, emphasis added) (‘Regional’ basically means ‘in the global south’.)

In 1980, president Jimmy Carter approved a presidential directive which Braithwaite describes in these words: ‘PD-59 therefore set out options for using nuclear weapons not only to deter, to retaliate, or to pre-empt an enemy attack, but to fight a protracted war.’ (p159)

Braithwaite assumes that the Cold War was about protecting Western Europe from a Soviet invasion. But he also provides evidence of US military and civilian policymakers considering using nuclear weapons in non-European conflicts as well.

Armageddon and Paranoia is a (very limited and very biased) retelling of the nuclear weapons history of the Cold War. One point in the book’s favour is the space Braithwaite, a former British ambassador to Russia, gives to the Soviet/Russian side of the story.

A longer version of this review is on the PN website.