Natasha King, No Borders: The politics of immigration control and resistance 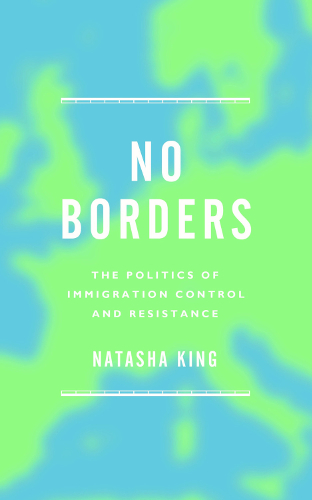 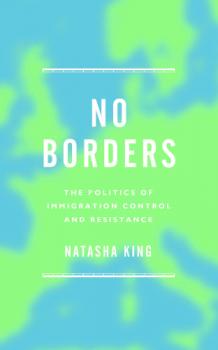 For anyone who has visited refugee camps in Europe – or who has worked with those seeking asylum in this country – No Borders provides a perspective very different from the usual portrayal of migrants as victims of unjust, violent borders, victims whose rights are routinely ignored and who are denied access to basic amenities such as water, food and shelter.

Natasha King draws on social movement theory to picture many migrants as activists, refusing to be deterred by the borders, both physical and legal, that block their access to resources such as job markets and health. This is the creative expression of freedom of movement, behaving as if borders have ceased to exist.

King brings together her own academic work on migration and no borders politics and her experiences accompanying migrant activist groups and their supporters in Europe, focusing on field work carried out in Athens and Calais in recent years.

As King is at pains to remind us, this is a work written from the point of view of someone ‘with papers’ (that is, with a settled, legal immigration status). One of the strong themes in the book is the difficulty for European activists with papers, whatever their political positions, of remaining in solidarity with migrants, and creating inclusive spaces, in a society that is highly unequal.

King builds a picture of the ‘mobile commons’: spaces where migrants can rest, wash clothes, gather information, and contact family members before moving on. She gives as examples the churches, schools and mosques in the Calais ‘jungle’ [the migrant and refugee camp near Calais, that existed during 2015–2016 – reviews ed].

Unlike the charities giving out clothes and shoes in the jungle, the activist group ‘No Borders’ gave out information, vitally important for continuing the journey and avoiding the police.

King defines no borders politics as anarchist in the sense that, rather than a theoretical vision put into practice, it develops out of a constant exchange between practice, often in difficult situations, and an evolving egalitarian vision, as well as through relationships between different groups.

At the book’s heart, repeated in different forms, are two central dilemmas for no borders politics.

The first is between the refusal of borders, on the one hand, and the struggle of people without papers for recognition of their rights, on the other. King tells the story of the ‘300’, migrant workers who went on hunger strike in Athens in 2011. Many groups supporting the strikers disagreed on how to approach the media, for example, and there were divisions between reformists and anarchists.

A second dilemma is that in supporting recognition for those without papers, activists who do have papers can reinforce the state’s intervention in their own lives rather than seeking autonomy.

For example, campaigners for better conditions for detainees visit detention centres. In doing so, they accept background checks, the security apparatus and ultimately the state’s right to detain migrants without papers.

I found this a useful resource to reflect on the different ways in which activists work with and support migrants, in a situations such as Calais, where these inequalities are all-too-painfully visible.