Arlie Russell Hochschild, Strangers in Their Own Land: Anger and Mourning on the American Right 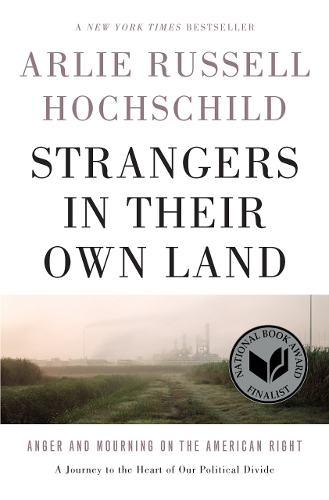 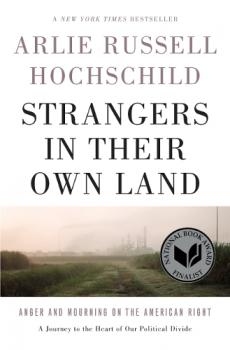 Two of the most pressing questions for the Left today are: Who are Trump’s supporters? And why did they vote for him?

A liberal Democrat based in California, US sociologist Arlie Russell Hochschild has spent years researching the US right in its geographic heart, the South. She has attempted to cross the ‘empathy wall’ that blocks you from understanding someone with a wildly different worldview.

Hochschild’s research leads her to wrestle with a major paradox in the US today: those who are the most effected by alarming levels of pollution in their air and water – and who are sometimes direct victims of ecological disasters – are also fervent supporters of the local Republican parties that actively deregulate and cut taxes for the oil companies who create the damage in the first place.

The key, she argues, is the notion of a person’s ‘deep story’, or what she describes as the ‘feel-as-if story’ which removes judgement and facts in favour of emotions. According to Hochschild, you cannot understand a person’s political position without grasping their deep story.

Hochschild has interviewed people over many years in one of the strongholds of the right-wing ‘Tea Party’ movement, a community in Louisiana known as ‘Lake Charles’. She tries to underline what they see and honour, and how this is effected by their media and press, their church, their local industry and their government.

Written and researched over multiple years, Strangers in Their Own Land provides cutting-edge data on the connection between oil companies, industrial pollution and political votes. This is a book written as much for Hochschild’s new friends in the Tea Party – a portrait of their everyday life and motivations – as for the Left, enabling both sides to cross their empathy walls.

In this sense it acts as a great antidote to the widening cleavage between the Right and the Left, allowing the reader to experience another viewpoint, another ‘deep story’ altogether.

As Hochschild concludes in her last note to the residents of Lake Charles: ‘ironically, you may have more in common [with me] than you imagine, for many on the Left feel like strangers in their own land too.’