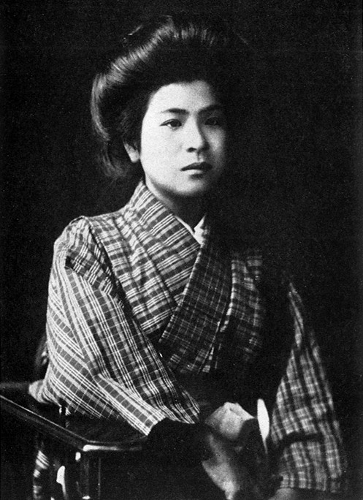 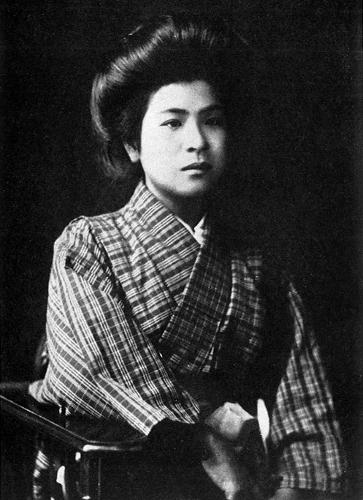 Itō Noe (1895 – 1923) was a Japanese anarchist, author, editor and feminist. She was beaten to death by military police and thrown into an abandoned well along with her companion, anarchist Ōsugi Sakae, and his six-year-old nephew, Munekazu Tachibana. Photo: via Wikimedia Commons

There have been four Anarchist Studies Network conferences, one every two years since 2010. The theme for this year's fifth conference, 'decolonise', was chosen for two reasons: to confront and tackle the rightward drift of mainstream politics and the rise of 'barefaced nationalism, racism and misogyny', and to address dominating practices in anarchist organising.

I was not involved in the initial discussions of the theme at the 2016 post-conference plenary or in the writing of the conference 'call for papers' so I cannot speak about its development (and do not speak on behalf of the convenors). I can, however, attempt to give some context.

How do anarchists understand decolonisation? Maia Ramnath, a New York-based author and activist, explains that there are two kinds of struggle involved. One is to make ‘anarchism a force for decolonization’ and the second is simultaneously to dismantle ‘colonial assumptions within our own understanding and practice of anarchism’.

In other words, ‘decolonising’ means standing with those who struggle today against colonialism and racism. It also means recognising the patterns of socialisation that lead us to construct ‘others’ in our minds. The Toronto-based activist Syed Hussan advances a similar double-headed process: ‘Decolonization is a dramatic reimagining of relationships with land, people and the state. Much of this requires study. It requires conversation. It is a practice; it is an unlearning’.

Both sides of this process are represented in the description of what this year’s Anarchist Studies Network (ASN) conference is about.

Anarchists argue about the newness of decolonisation as a theme within anarchist theory and practice. A recent discussion in the French-language journal Réfractions demonstrates that there’s a longer history of decolonisation in anarchist practice than some activists appreciate. It extends back to the late nineteenth century – the anarchism of Peter Kropotkin, Michael Bakunin, Elisée Reclus, Leo Tolstoy and others.

“Decolonisation extends back to the anarchism of Peter Kropotkin, Michael Bakunin, Elisée Reclus, Leo Tolstoy and others”

Geoffrey Ostergaard’s study of anarchism and pacifism, first published by the Peace Pledge Union, makes it possible to trace the historical roots of anarchist decolonising to the critique of the state and the idea of the nation, understood as a singularity forged through centralising processes of statist and capitalist domination.

These early anarchists didn’t use the term ‘decolonisation’ but they made common cause with a range of anti-colonial and anti-imperial resistance movements and they attempted to develop anti-colonial anarchist ways of teaching and learning as part of their anti-colonial practice.

The limitations of nineteenth-century anarchist history are set out in Roger White’s Post Colonial Anarchism. This text helped lift the lid on racism in North American anarchist movements in the early 2000s. It also linked it to a form of class politics that stubbornly failed to acknowledge the perspectives of colonised peoples and/or the possibility that anarchism had morphed into a rigid, unreflective ideology that spouted a repressive, universalist politics.

A lot of anarchists didn’t recognise this characterisation of their politics and movements, but the message delivered by White and others had a profound effect. It encouraged anarchists to look long and hard at the composition of their movements – which are disproportionately white and middle-class, less overwhelmingly male than other left groups, but also largely based in Europe and North America. And in doing so, it concentrated minds on the ways in which anarchists can and do support anti-colonial activism.

Today, decolonisation is centrally linked with the struggles of indigenous peoples against legally-sanctioned corporate land theft and state sponsored genocide. Decolonisation animates no-border campaigns to support non-European migrants and refugees. In both cases, the starting point is the acknowledgement of the leadership of the groups targeted by racism.

ASN5 – like all the previous ASN conferences – will take place in a cosy university setting. Of course, this shapes the exchanges in particular ways. But it’s a space and an opportunity.

Decolonising is an aspiration, not an accomplishment. The conference theme announces to people who may otherwise think that the ASN is not interested in or open to them, that this is a place for listening and un-/learning.