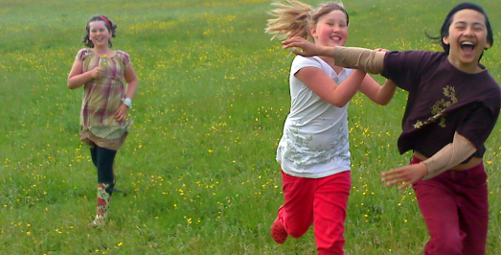 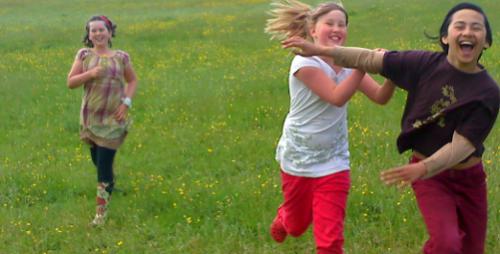 In 2009, home educators won a great battle for democracy, for privacy and for the open practice of learning. Through internet organising, lobbying and a bit of luck, we got two clauses removed from the Education Bill. These clauses would have turned home education (HE) into a narrow school model monitored and regulated by local authorities.

Since then, many local authorities have behaved as if the deleted clauses were law. Lengthy processes of complaints, scrutiny committees and arbitrators have taken time and energy, and tested the bravery of individual families. All our efforts have not changed the actions of some local authorities who continue to bully HE families into accepting home visits and a narrow vision of education that looks like school.

In spring 2018, the HE community was hit with draconian draft guidance from the department for education, far worse than 2009. These guidances could affect all parents, as they potentially allow local authority interference directly in every family’s life.

In the Human Rights Act 1998, and in the Education Act 1996, parents, not the state, are responsible for the education of their children.

Under the compulsory registration suggested in these guidelines, the state would become primarily responsible for education, a fundamental constitutional change.

In a country where no one experiences any possible childhood other than compulsory schooling, knowledge of how the young of our species may best learn becomes predetermined.

This sanctions gross perversions such as snatching children of loving families for no reason other than home education and fostering them to strangers, and not telling their natural parents where they are. Such monumental traumatisation and destruction of families is done in the name of ‘child protection’.

No reasons which are capable of standing up to scrutiny are being offered for these guidances. Hypocritical nonsensical claims of child protection, child wellbeing or children’s rights are being offered – but not on the floor of the house of commons. Instead of proposing and debating a bill to make these changes, the government is issuing ‘guidances’.

The ideas in these draft guidances to parents and local authorities, and the way they have been presented, are a sign of the danger to everyone’s freedom, a change in power relations and a shift of responsibility for under-18s from parents to the state.

Today, HE is in the firing line. But the principles in the guidances could include any person under 18 ‘not seen’ by a government worker daily, including under-fives not at an institution, or school-age children during summer holidays.

The simple fact that a child is being educated at home does not mean that he or she is not receiving a suitable education. However... local authorities are entitled to make informal enquiries of parents to establish what education is being provided, and in fact have a duty to establish arrangements for doing this....

[If the local authority receives no response from you, or thinks your response is inadequate] then the local authority has a legal obligation to serve on you as parents a school attendance order (SAO), which will name a specific school and require you to register your child at that school....

If a school attendance order is not complied with, instead of prosecuting parents for non-compliance, or as well as doing so, the local authority can apply to a relevant court for an education supervision order (ESO), made under s.36 of the Children Act....

An ESO enables the local authority to impose conditions as to the way in which a child is to be educated, and will require the child to be seen by the local authority, although not necessarily in the family home unless the court has made that a specific condition of the order.…

If an education supervision order is not complied with by you as parents, the local authority can prosecute you and/or apply to a relevant court for a care order under s.31 of the 1989 Act.

In order to apply successfully for a care order, the local authority must show to the satisfaction of the court that the ‘significant harm’ threshold is met because of the lack of suitable education – this would mean that your child’s intellectual and social development was being, or was likely to be, substantially impaired.

Lack of a suitable education is capable of amounting to ‘significant harm’ as defined in s.31.

A care order makes the local authority responsible for decisions relating to the education of your child because it becomes the child’s corporate parent even if the child continues to live with you as his or her actual parents.

If you as parents then frustrated the wishes of the local authority in its role of corporate parent (for example, by physically preventing the child from attending school) then the child can be removed from the family home and put into the direct care of the local authority. Only in the most intractable of cases would this be expected to occur in relation to home education....

Leslie Barson and Neil Taylor are long-time home educators. Leslie is also a member of the board of Peace News Ltd.