George Monbiot, Out of the Wreckage: A New Politics for an Age of Crisis 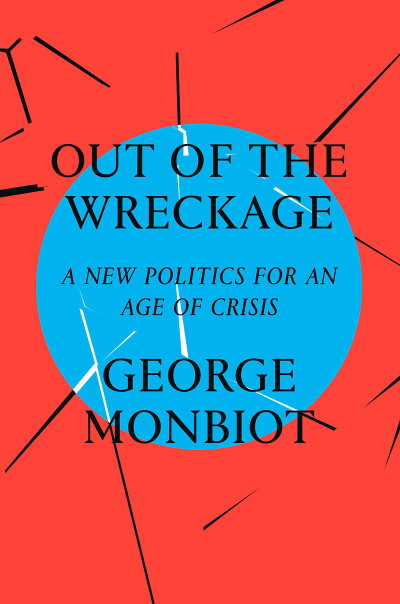 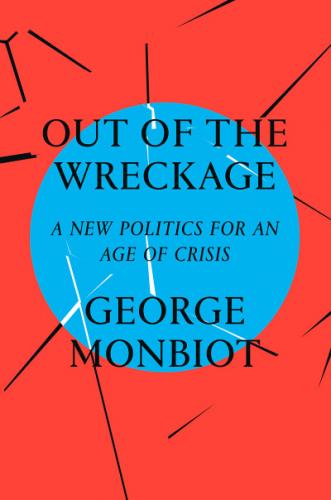 ‘By the age of fourteen months,’ George Monbiot writes ‘children begin to help each other, attempting to hand over objects another child cannot reach. By the time they are two, they start sharing some of the things they value. By the age of three, they start to protest against other people’s violations of moral norms.’

We are supremely social mammals, ‘blessed with an amazing capacity for kindness and care towards others’, and yet today ‘an epidemic of loneliness is sweeping the world’. Moreover, this loneliness is ‘just one symptom of a wider crisis of alienation: a loss of connection with people and place, and with a sense of meaning and purpose’.

This wider crisis is in turn reinforced by an economic system that drives us apart and, above all, ‘by the dominant political narrative of our times’, sometimes called neoliberalism, which preaches the virtues of competition and individualism and tells us ‘that the default state of human relations is a war of everyone against everyone else’. Yet, despite the damage it has done, this toxic and misleading story about our underlying natures continues to dominate our lives. Why?

Psychological research suggests that it is difficult, if not impossible, to displace such stories through a mere accumulation of fact and argument: ‘The only thing that can displace a story is a story.’

In this ambitious book, Monbiot attempts to provide just such a narrative: one that is ‘faithful to the facts, faithful to our values, and faithful to the narrative patterns to which we respond’, and that we can use to fundamentally change our political environment.

At the centre of this ‘politics of belonging’ is a recognition of our intrinsic capacities for fellow-feeling and mutual aid, and a call to reclaim our lives from the Thatcherite ideology of the ‘free market’ by reviving community, developing a new economics and retrieving our broken politics from the elites that have captured it.

After a brief overview, two chapters examine ‘the two most successful political stories of the twentieth century’: neoliberalism and Keynesian social democracy.

Born in the 1930s, backed by millionaires and their foundations, and promoted by a network of lavishly-funded think tanks, the former doctrine (‘freedom for the pike’, in the words of British socialist RH Tawney) has been fantastically successful in shifting the attitudes and values of both ordinary people and political parties. ‘In a world governed by competition, those who fall behind come to be defined and self-defined as losers. The rich are the new righteous, while the poor are the new deviants, who have failed both economically and morally, and are now classified as social parasites.’

Yet, retreating to the doctrines of post-war social democracy (sometimes called ‘Keynesianism’, after the Cambridge economist John Maynard Keynes) is a non-starter. For one thing, key planks of Keynes’ original vision (such as fixed exchange rates and capital controls) have long since been abandoned by its nominal supporters, fatally weakening its effectiveness. And, even more importantly, its vision of never-ending economic growth ‘collides headfirst’ with our current environmental crises.

So, we need a new story.

Most of the remaining chapters focus on the components of Monbiot’s alternative political vision. At its heart are his proposals for a sustained push to renew our communities: ‘In the absence of a stable, coherent labour force that can defend its interests and those of society as a whole, a new centre of both resistance and proposition is required. The most plausible candidate is local community, formed around participatory culture, building outwards to revive national and global politics.’

At first this might sound both abstract and unrealistic, but Monbiot cites many inspirational real-life examples from around the world, ranging from food assemblies (enabling people to order directly from local producers) and community technology hubs (which help children and adults learn to program computers), to the ‘men’s sheds’ movement (bringing men together to make things in workshops), and groups like ‘Playing Out’ (which turn streets into temporary playgrounds).

Such initiatives have much to recommend them: ‘most of the steps towards change are pleasant’ (something that, he tartly notes, ‘cannot be said of plans that mostly depend on political meetings’), ‘you can start the process in your own street, tomorrow’, and ‘anyone can join … [and] come to see themselves as a person who builds community, upon whom others rely for their well-being.’

US research has found that ‘those who join community organisations … are the social group among whom loneliness is least prevalent’, and such initiatives are also likely to reduce the need for mental health provision and social care, while suppressing crime rates and drug dependency. Moreover, by reinforcing values of compassion and connectedness, ‘the revival of community is likely to generate a juster and more inclusive politics.’

Crucially, Monbiot stresses the need for class inclusivity, noting that: ‘at least some of the projects must readily engage people who do not have much money, education or social conscience. Otherwise, participatory culture can become stuck in the “exclusive, feel-good, ‘facebook-urbanism’ of the well-connected middle classes”’. And he is also alert to the dangers that ‘community engagement can be used by governments as an excuse for social dumping’ (think David Cameron’s ‘Big Society’).

Nonetheless, drawing on research showing that ‘we act politically not as individual rational beings, but as members of social groups, expressing a social identity’, he notes that: ‘If we perceive ourselves to belong to a community in which people work together to improve their lives and their neighbourhood, to enjoy each other’s company and help each other, that perception is likely to shape our political self-image.’

For me, this was definitely the most exciting part of the book.

Turning to economics, Monbiot advocates: reframing its theoretical framework to put social and ecological factors front and centre (Kate Raworth’s recent book Doughnut Economics is one of his key sources); ‘reclaiming rights over assets that once belonged either to communities or to no one in particular’ (such as land and clean air); the institution of a land-value tax (to prevent speculative land hoarding and ‘provide finance for those who wish to buy homes and businesses’); the creation of a Universal Basic Income, financed by taxes on sources of unearned wealth (such as shares); and moves to enable ‘citizens to exercise intelligible control over the budgeting process’ (so-called participatory budgeting, already a reality in hundreds of cities around the world).

In the political sphere, he notes that ‘The state – partial, flawed and often oppressive as it is – is all that stands between us and the unmediated power of money and weapons’.

Yet, at present, ‘the people of many nations are trapped in a vicious circle. Disempowered and alienated, they have neither experience of meaningful participation, nor faith that their involvement will lead to political change.’ And this in turn leads people to look elsewhere for answers, including demagogues such as Trump and Farage.

To address this crisis here in the UK, Monbiot advocates reform of the voting system (proportional representation and a fair system for funding political parties), holding a constitutional convention every 20 years (‘to take stock of [our] political system, consider new means of enriching democracy, and rectify systemic failings’), and adopting some of the elements of the Swiss political system (where people vote in 10 referendums a year, clustered into three or four polling days – some initiated by parliament, others by citizens).

In his penultimate chapter, Monbiot draws on some of the lessons learned in the US by activists campaigning for Bernie Sanders (so-called ‘Big Organising’) to suggest ways in which campaigners could campaign for – and, he believes, win – the economic and political changes he favours.

This is a book packed full of ideas, drawing on a wide range of research in economics, psychology, evolutionary biology and political science. It is also funny (on occasion), angry and moving.

And while some of its ideas need further unpacking (I confess that I was unable to understand the details of some of his economic proposals) it also contains an abundance of juicy references for those inspired to explore further.

Two omissions struck me as odd. For such a wide-ranging book, Monbiot (himself a journalist) has little to say here about either the media or media reform – despite their centrality to our politics. Perhaps he thinks that Big Organising techniques can make the media irrelevant? Perhaps not. He also has little to say about the role of a revitalised labour movement – historically, a crucial agent in much progressive social change – in fighting for the changes that he advocates.

Not everyone, even on the left, will agree with all of his suggestions, but his core message – that we should seek to frame a political counter-narrative around human beings’ capacities for kindness and fellow-feeling – strikes me as both true and important.

‘Unless people and parties supporting a generous, inclusive politics win elections,’ Monbiot writes ‘the hope this book aims to ignite will remain unfulfilled.’ A Jeremy Corbyn premiership could open up just such a space, creating opportunities for us all to push for fundamental changes to our political and economic lives. This book is a vital aid to that task.