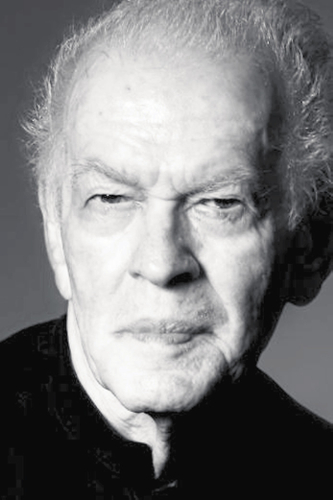 The lonely scholar who became a nonviolent warrior 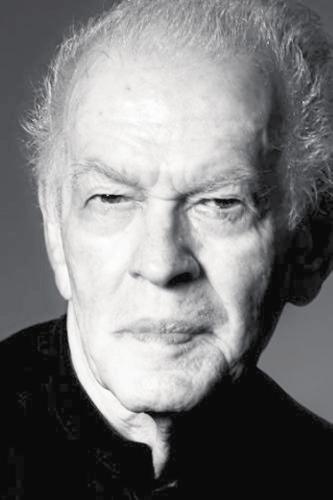 Once again, I rang the bell at the brick row house in East Boston where Gene Sharp lived. When he opened the door I said proudly: ‘Today I drove here instead of taking the T [public transport].’

‘You drove?’ he said in mock horror. ‘Man, are you trying to get yourself killed? Haven’t you heard about Boston drivers? They show no mercy, especially toward Philadelphians!’ That was the Gene Sharp I knew, always loving to find a joke in the moment. So, I was sad to hear the news that he passed away at the age of 90.

I was 21 years old when I met him. I was studying sociology at the University of Oslo. One of my teachers said that I might like to meet someone at the university who was researching Norwegian nonviolent resistance to the German Nazi occupation.

I dropped by his office and found a 30-year-old in jeans and sneakers with a quick smile. We both welcomed the chance to speak English, although his Norwegian was much better than mine. My eyes widened when he told me he was not only digging into stories of Norwegian resistance, but was going to conferences where he interviewed Africans in anti-colonial struggles who told him of nonviolent tactics being used there, sometimes alongside armed struggle.

At first I couldn’t make sense of it. Gene had been to prison as a conscientious objector and then became secretary to AJ Muste, who Time magazine called ‘America’s number one pacifist’. I’d become a pacifist only recently after a fierce internal struggle, given my family’s pro-military beliefs. To me, the choice between violence and nonviolence was a choice of moral conviction. What happens to moral choice when we research violent and nonviolent methods as if they are alternative means to an end?

We stayed in touch after I returned to the United States, and – with his encouragement – I persuaded the University of Pennsylvania’s sociology department to allow me to write a thesis on nonviolent struggle. In it, I proposed that there is not just one way that nonviolent campaigners win, when they do, but instead there are three different mechanisms through which success can come. Gene then adopted the mechanisms for his own work.

In 2018 it’s difficult to understand how lonely Gene’s path was in the early years. When I met him in 1959, Gene was the only person in the world doing full-time research in nonviolent struggle. True, peace and conflict research was happening, but the emerging field’s focus was on conflict resolution. Gene’s, however, was on conflict-waging.

I saw this emphasis coming from Gene’s being a warrior. His passion was to map a territory where fighters could take on their biggest opponents and win, nonviolently. Whatever the win/win conflict resolution people might offer, Gene believed there are some struggles where the result needs to be a loss for one side: slaveholders needed to lose their slaves; fascists needed to lose their secret police.

His disposition to be a nonviolent warrior at a time when so many non-warriors were looking for conflict resolution, and warriors looking for a way to apply violence, made him a lonely scholar. To my eyes his perseverance made him a hero.

Thanks to Gene, we can think of nonviolent action as a social invention that has multiple applications. Nonviolent change, from neighbourhood to international levels, is probably best known. Most people also understand nonviolent defence struggles, which includes defending the environment, indigenous rights and other human rights. Less well-known is defence of communities against occupation and annexation.

One application that Gene spent years tackling proved to be particularly controversial. In 1964, Gene invited me to present a paper at the first international conference on civilian-based defence, or CBD, at Oxford university. The fear of nuclear war had triggered a growth of disarmament movements in multiple countries, but they had the all-too-familiar problem: no real alternative to military defence.

While I joined anarchists in being wary of the state, Gene won me over with a set of arguments including his analysis of the dynamic impact of the means of conflict that we use. Choosing military defence, he said, has a centralising impact and heightens authoritarian relations. Nonviolent defence is the opposite. The work so far done on CBD points to the most promising nonviolent defence strategies having a decentralising impact, empowering the grassroots of society.

To me, Gene’s most important single contribution was that he defined nonviolent struggle in behavioural terms, so clearly that people are empowered.

Gene’s eyes sparkled with pleasure a few years back when my student Max Rennebohm and I showed him the Global Nonviolent Action Database, which now comprises over 1,100 cases, spanning nearly every country, giving inspiration and strategic hints to all who access it. The database, based on Gene’s conception of the field, is one of his living memorials. But I’ll miss him all the same.

This is a shortened version of a tribute that first appeared on the Waging Nonviolence website. Gene Sharp’s Albert Einstein Institution:
www.aeinstein.org