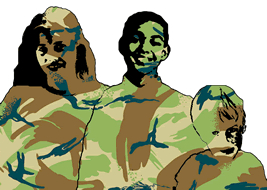 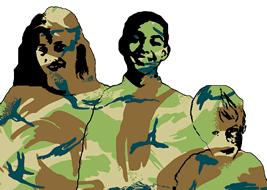 While arms companies have been at the top of the peace agenda recently with the DSEI arms fair, their involvement in education in the UK is less well known. Many of the top names have a presence – BAE Systems, Rolls Royce, Babcock, QinetiQ, Chemring. Some are big players, forging the way ahead, others have a smaller role.

A ForcesWatch report on military interests in education (out soon) will detail the extent to which this has developed and why. It looks at how the armed forces, arms companies and defence suppliers are now influencers in schools and colleges, particularly within career-led and technical education.

The report looks at two recent developments – university technical colleges (UTCs) which provide a mix of academic and technical education for 14–19 year olds, and the provision of STEM (science, technology, engineering and maths) activities for schools.

A sponsor or partner of a UTC is able to shape the curriculum towards the needs of local employers and channel ‘work-ready’ young people directly into their own industry at the taxpayers’ expense.

Our research has found that 39 per cent of the 49 UTCs currently open have significant arms company involvement: they are sponsored by or partnered with one or more of the major arms companies. All but two of these 20 companies are in the Stockholm International Peace Research Institute’s top 100 global arms companies.

The armed forces are not missing out on this opportunity. 35 per cent of UTCs have significant participation from the military, mainly in the form of employer partnerships and affiliations. For example, Bristol is affiliated to the navy and South Wiltshire works with the RAF and the army and is affiliated to the navy. It is also supported by the UK’s defence science and technology laboratory at Porton Down.

Our analysis shows that military interests are involved with nearly half (49 per cent) of UTCs via either major arms companies or the armed forces.

These military interests are also at work in schools more widely. The provision and sponsorship of STEM activities by arms companies and the military has become an industry in itself. For example, BAE Systems runs an education roadshow with the navy and the RAF which looks at BAE technologies including drones. During 2017, the roadshow is scheduled to visit 400 schools.

It’s not hard to see why military interests are keen to take the opportunity to have an active involvement in education. It steers interested students towards working in military industry or in the armed forces – and it provides a mechanism for directly recruiting them.

It also helps to create an acceptance of military interests among young people and society at large. Their role as providers within education masks their primary purpose and blurs the boundaries between what is acceptable and unacceptable, ethical and immoral.

The growth of military involvement in education has been helped by: the fragmentation of the education system and involvement of outside interests; the government’s emphasis on career-led and technical education; and the promotion of the military within education and society more widely. This is supported by the long association of communities with companies which provide jobs and security.

In September, parents in Glasgow raised concerns about BAE’s education activities in their schools. The city council defended BAE because they are a large employer locally.

It’s time that the involvement of arms companies in education was put beyond the pale, because of the reality of how they make their profits.

Emma Sangster is co-ordinator of ForcesWatch.

ForcesWatch and Quaker Peace & Social Witness are organising an information and training day, and launching a resource pack, on ‘Taking Action on Militarism’ on 21 October at Friends House in London: www.forceswatch.net