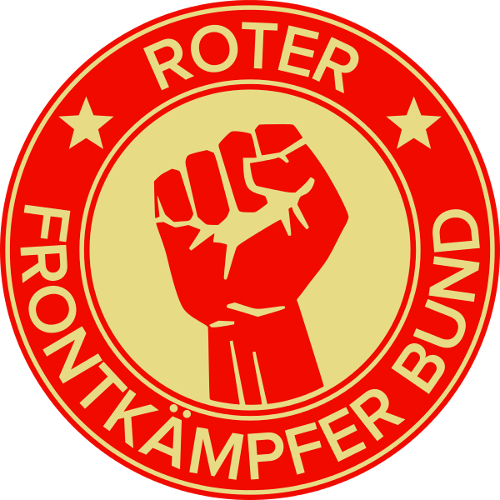 Violence and a lack of principle helped undermine the movements against German fascism in the 1930s - today's social movements should take heed, argues Milan Rai 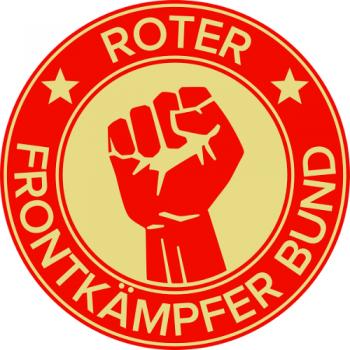 US radical Noam Chomsky recently warned against ‘self-destructive’ anti-fascist tactics such as disrupting right-wing meetings, something that is ‘wrong in principle’, he told the Washington Examiner.

Chomsky added: ‘When confrontation shifts to the arena of violence, it’s the toughest and most brutal who win – and we know who that is. That’s quite apart from the opportunity costs – the loss of the opportunity for education, organising, and serious and constructive activism.

Nonviolence was a more realistic option for holding back the Nazis

We won’t stop the rise of the right through street confrontations or by disrupting their meetings. Those kinds of tactics can help the right get stronger. You might win particular street fights (such as the Battle of Cable Street in London in 1936) but the growth of street violence helps the right in the longer term.

What we need is a commitment to free speech and free assembly for everyone, everyone, and a positive programme for change that includes people who are currently tempted by the right. That is a nonviolent revolutionary approach to anti-fascism.

US historian Laurie Marhoefer pointed out recently that, in Germany in the 1920s and 1930s, the Nazis would deliberately parade in left-wing areas in order to spark violence. Such fighting got them media attention: ‘But what was far, far more important was how it fed an escalating spiral of street violence.’ Violent confrontations with antifascists also ‘gave the Nazis a chance to paint themselves as the victims of a pugnacious, lawless left.’

Marhoefer gives the example of a fight the Nazis picked in the left-wing Wedding area of Berlin in 1927. Another, much more significant, case came in July 1932, under the chancellorship of Franz von Papen of the Centre Party. Some 7,000 Nazis marched through a poor and solidly communist area of Altona in Prussia. It was a deliberate provocation which led to 18 deaths and many injuries. The police claimed that communist snipers had fired on them. The von Papen government claimed there was a ‘civil war situation’ in the region, dismissed the socialist-led coalition government in Prussia, and took direct control of the state. This coup was a huge step towards dictatorship.

Marhoefer writes: ‘We know now that many Germans supported the fascists because they were terrified of leftist violence in the streets.... Voters and opposition politicians alike came to believe the government needed special police powers to stop violent leftists. Dictatorship grew attractive. The fact that the Nazis themselves were fomenting the violence didn’t seem to matter.’

In 1933, when Hitler took power, there were two large anti-fascist paramilitary organisations in Germany. One was the ‘Iron Front’, organised by the equivalent of the Labour Party, the Social Democratic Party (SPD). The other was the (banned) ‘Red Front Fighting League’ of the German Communist Party (KPD). There were also five million trade unionists, a million SPD members, and hundreds of thousands of militant members in the KPD.

Within weeks of Hitler’s takeover, all these forces had been defeated without a fight.

‘What has happened here has been a complete collapse of well-organized and trained masses in the face of an enemy of whom every individual of these masses had to expect personally the severest possible persecution, a phenomenon that stands in flagrant contradiction to all the notions of mass psychology!’

That is the opening of a valuable book written in 1934 by two refugees from Nazi Germany. The Secret of Hitler’s Victory was written by German socialist Irma Petroff and her Russian husband, Peter. They both worked in the German socialist movement from 1925 until they had to flee in 1933. According to the Petroffs, the parliamentary social democrats and the street-fighting communists both helped to pave the way for the Nazis.

When in government, the SPD used measures against the communists ‘which later came back like a boomerang and hit their own heads’: ‘Prohibition of demonstrations and meetings; censorship of plays and films; suppression of newspapers... the institution of a special state court whose brutal sentences were again chiefly directed against the left’.

The SPD also went along with the presidential dictatorship of field marshal Paul von Hindenburg. Beginning in 1930, Hindenburg used his powers under the German constitution to appoint governments to rule the country by emergency decree. The first two chancellors were Heinrich Brüning and then Franz von Papen from the liberal Catholic Centre Party.

As the largest party in parliament at the time, the SPD could have brought down these governments and their harsh austerity policies. Instead they went along with vicious wage and benefit cuts because they were frightened of triggering new elections which they believed would benefit the Nazis.

(When Hindenburg appointed Adolf Hitler as chancellor in 1933, this was seen as a return to normal politics because at least the Nazis were the largest party in the Bundestag at the time. The Centre had been one of the smaller parties in parliament.)

Rather than fighting for a deepening of democracy, the SPD and other mainstream parties accepted the erosion of democracy and the increasing use of emergency powers.

A dance of death

For their part, the communists engaged in ‘[l]ies and slander in the Press, systematic breaking up of meetings, disruption of labour organizations, man-handling of opponents’. Public meetings with free discussion disappeared. In parliament, the KPD were the first to interfere with the work of parliament ‘by free fights and cat-calls’. (The Nazis merely copied their tactics.) The Petroffs write: ‘all this destroyed the old democratic forms of public life’.

The Petroffs also point to the dishonesty and hero-worship of the communists: ‘their admiration for violence... their deliberate discrediting of parliamentarism, their practical annihilation of liberty of speech, their disruption of labour organizations – all these assisted in preparing the soil, psychologically, for fascism.’

The SPD leadership responded to KPD disruption by expelling KPD elements from unions and other societies; by refraining from calling members’ meetings; by appointing officials and delegates from above, and so on.

If, instead, we want to prepare people for real democracy, one that includes economic democracy, we need to work in a completely different way. We need to protect basic freedoms and work for changes that can include and benefit the discontented middle-class and working-class people who are currently sympathetic to the rise of the right.

The anti-fascist movements in Germany in the 1930s show that violence and lack of principle were actually self-defeating. As a strategy, nonviolence was a more realistic option for holding back the rise of the Nazis. Restraint would have been more powerful than revenge.

Incidentally, the Petroffs point out that the anarchist movement in 1930s Germany had no influence on the course of events: ‘In the German Republic the state appeared to the workers more as a welfare institution than as a means of oppression. This made them little susceptible to anarchistic ideas.’

To have more influence, the anarchist movement would have needed to be involved in improving and developing the welfare state, as well as advocating for a different way of doing things, rather than just criticising the state as such. That has been called ‘non-reformist reform’.