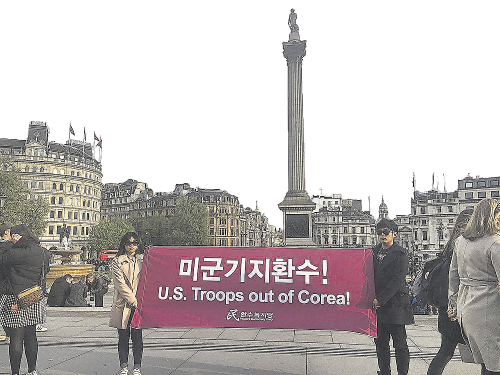 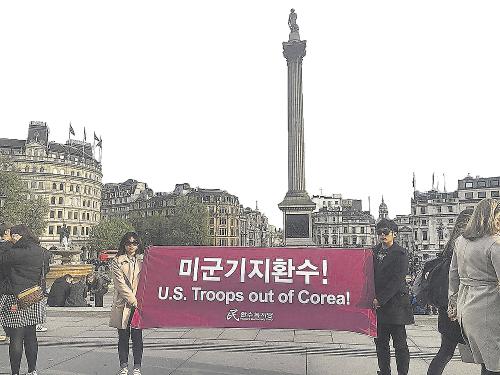 This may be hard to believe, but it is North Korea that has been offering a diplomatic solution to its confrontation with the United States. Long before Donald Trump became president, it was the US that was refusing to take the olive branch.

As PN goes to press, the world is still reacting to Trump’s speech at the United Nations on 20 September. The president said that US would ‘totally destroy’ North Korea if forced to defend itself or its allies.

North Korean leader Kim Jong-Un condemned Trump’s ‘unethical will to “totally destroy” a sovereign state, beyond the boundary of threats of regime change or overturn of social system’. Kim added: ‘I will surely and definitely tame the mentally deranged US dotard with fire.’ The North Korean foreign minister threatened to carry out the ‘biggest ever hydrogen bomb test in the Pacific’.

Back in August, John Delury, a North Korea expert at Yonsei University in Seoul, told the Financial Times: ‘Trying to out-threaten North Korea is like trying to outpray the Pope.... They will puff this all the way up and revel in the drama.’

With all this brutal language washing around, it’s hard to believe that there is a diplomatic way forward. Which there is: the ‘double freeze’.

This proposal is mostly associated with China. On 11 August, Russian foreign minister Sergey Lavrov tried to claim some credit as well:

‘Russia together with China developed a plan which proposes “double freezing”: Kim Jong-Un should freeze nuclear tests and stop launching any types of ballistic missiles, while US and South Korea should freeze large-scale drills [military exercises] which are used as a pretext for the North’s tests.’

US war games in South Korea haven’t just been about defending the South. In March 2016, Operation Foal Eagle saw 17,000 US forces and 300,000 South Korean personnel practice surgical strikes on North Korean weapons and ‘decapitation raids’ against the North Korean leadership.

Similar joint exercises have followed, also based on the joint US and South Korea war strategy, ‘Operation Plan 5015’, signed in late 2015.

If the most important goal of US foreign policy is to protect the US homeland from being attacked, then getting North Korea to stop developing its long-range missiles and its nuclear weapons should be more important than carrying out military exercises in South Korea.

But the US has refused to discuss the ‘double freeze’ idea.

Something is more important to policymakers in Washington DC than protecting the US homeland from being attacked.

This is not a new Trumpian hardening of foreign policy. The US turned down North Korea’s offer of a double freeze in secret talks in Ulan Bator, Mongolia in mid-2014, according to the Atlantic. Joel S Wit wrote: ‘For the same reason that the U.S. will not sit at the negotiating table while Pyongyang continues missile and nuclear tests, North Korean Foreign Ministry officials will refuse to negotiate while the U.S. and South Korean militaries practice killing their leaders and Americans fly bombers over the Korean peninsula capable of dropping nuclear weapons on the North.’

Wit added: ‘if Washington had taken the time to discuss the idea with the North Koreans, the U.S. would have learned that they did not mean the complete cancellation of all exercises, only the end of activities intended to show that the U.S. and South Korean could remove Kim Jung Un from power and use nuclear weapons against the regime.’

Then North Korea went public with its offers (see box). On 4 July, when North Korea successfully tested an intercontinental ballistic missile, Kim Jong-Un said: ‘[North Korea] would neither put its nukes and ballistic rockets on the table of negotiations in any case nor flinch even an inch from the road of bolstering the nuclear force chosen by itself unless the US hostile policy and nuclear threat to the DPRK are definitely terminated.’ (emphasis added)

North Korea expert Robert Carlin asked: ‘why would Kim have even raised the image of the “table of negotiations”? It’s not normally part of the North’s public discussion.’ Carlin points out that, a few years ago, the North Koreans used to say explicitly that nuclear weapons were not bargaining chips to be put on the negotiating table.

(We owe a lot of our list of public offers to an article by Carlin. After 20 years in the CIA, Carlin was in the US state department as a senior adviser on North Korea from 1989–2002.)

Carlin points out that there are two offers in Kim’s 4 July statement. One is the big prize, putting nuclear weapons and ballistic missiles on the table. The other is ‘flinching an inch’, the double freeze, which would be the starting point for the harder talks.

It is the US which has refused to respond to these peace offers. This is despite Trump saying in May 2016, as a presidential candidate, that he would ‘have no problem’ talking to Kim face-to-face; and then saying again, in May this year, that he would be ‘honoured’ to meet Kim (if the conditions were right).

Of course, there has been a deep commitment in North Korea to its nuclear arsenal. On 8 January, justifying its fourth nuclear test, Kim’s government referred to the examples of Saddam Hussein in Iraq and Muammar Gaddafi in Libya: ‘after surrendering to the pressure from the US and the West which were attempting to subvert their regime[s], could not avoid the fate of doom as a consequence of … giving up their nuclear program.’

There is another lesson from Iraq, though. Saddam gave off such a ferocious and aggressive image that the world believed he had weapons of mass destruction (WMD) even when he didn’t. That posturing helped to seal his destruction.

That is something for the North Korean leadership to think about as it combines peace feelers with missile launches, nuclear tests, bizarre threats and insults.

But the bigger question is whether the public in Britain and the US will force their governments to accept the double freeze as a step towards a possible peace in Northeast Asia.

This article has drawn heavily on: