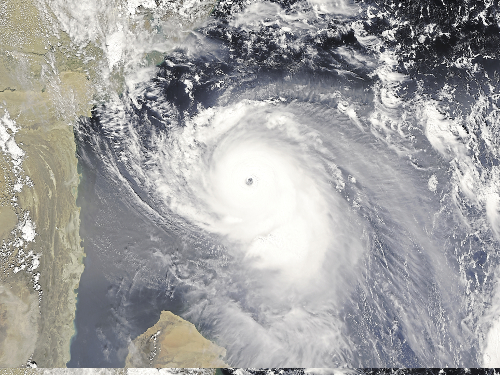 Contrasting coverage of Hurricane Harvey and the South Asian floods 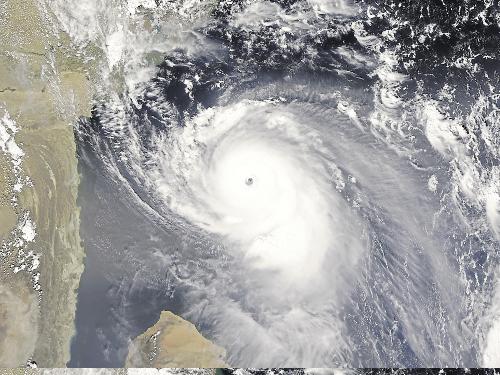 In JG Ballard’s classic novel, The Drowned World, people are struggling for survival on a post-apocalyptic, overheating planet. A ‘sudden instability in the sun’ has unleashed increased solar radiation, melting the polar ice caps and causing global temperatures to rise by a few degrees each year. Once-temperate areas, such as Europe and North America, have become flooded tropical lands, ‘sweltering under continuous heat waves’. The frailty of ‘civilisation’ and the attempts to cope with psychological changes in the human condition as a result of the catastrophe are laid bare. It is a frightening and surreal vision of the human predicament by a master novelist.

Hurricane Harvey has provided a genuinely terrifying glimpse of a global Ballardian dystopia that may actually be humanity’s fate. And yet, even now, corporate media are suppressing the truth.

On 25 August, Hurricane Harvey made landfall near Corpus Christi on the southern coast of Texas. Harvey’s progress then stalled over Houston, the fourth largest city in the United States, dumping ‘unprecedented’ quantities of water, creating ‘a 1-in-1,000-year flood event’. At the time of writing, 50 people have been killed, around one million residents have been displaced and 200,000 homes have been damaged in a ‘path of destruction’ stretching for over 300 miles. The Washington Post reported that: ‘the intensity and scope of the disaster were so enormous that weather forecasters, first responders, the victims, everyone really, couldn’t believe their eyes.’

Meteorologist Eric Holthaus surveyed the deaths and devastation caused by Harvey and said bluntly: ‘this is what climate change looks like’. He added: ‘The symbolism of the worst flooding disaster in US history hitting the sprawled-out capital city of America’s oil industry is likely not lost on many. Institutionalised climate denial in our political system and climate denial by inaction by the rest of us have real consequences. They look like Houston.’

Meanwhile, halfway around the planet in South Asia, an even greater climate-related catastrophe was taking place. Reuters observed that ‘the worst monsoon floods in a decade’ have killed over 1,400 people across India, Nepal and Bangladesh.

Around 41 million people have been displaced. That number is simply staggering.

In areas with little infrastructure and financial resources, the consequences are almost unthinkable. The Times of India reported that rains had brought Mumbai, a city of 18 million people, ‘to its knees’.

EA Crunden wrote that the crisis ‘is alarming aid officials, who say the issue is spiraling into an unprecedented disaster.’

Francis Markus, a spokesperson for the International Federation of Red Cross and Red Crescent Societies, told the New York Times of his concern that the disaster in South Asia might not get the attention it needs: ‘We hope people won’t overlook the desperate needs of the people here because of the disasters closer [to] home.’

Although coverage of the flooding in South Asia was not entirely absent in the British media by any means, it was swamped by the coverage devoted to Harvey in Texas and Louisiana.

We conducted a ProQuest newspaper database search on 4 September for the period since 25 August (the day Hurricane Harvey hit Texas). Our search yielded just 26 stories in the UK national press on the South Asian flooding, while there were 695 articles on Harvey. Thus, coverage from the US dominated that from South Asia by a factor of almost 30 to one, even though the scale of deaths and flooding was far greater in the latter. Somehow, people in South Asia just don’t matter as much as Americans – or Westerners in general.

Journalist David Roberts noted that ‘it’s grossly irresponsible to leave climate out of the picture’. That, however, is overwhelmingly what the BBC did in its coverage.

With our limited resources, there is simply no way for us to monitor the entirety of BBC News output across television, radio and the internet. But it is significant that when the flagship BBC News at Ten programme on BBC1 had extensive coverage of Harvey on three successive nights (28-30 August), there was not a single mention of global warming. This is simply appalling.

“It’s grossly irresponsible to leave climate out of the picture.”

To its credit, the BBC did publish an article on its website, ‘Hurricane Harvey: The link to climate change’; and it is possible they made reference to it somewhere in their television or radio coverage. But this hardly compensated for the seeming reluctance to utter the words ‘climate change’ in its extensive coverage over several days.

It is not merely that this climate silence is a dereliction of the BBC’s responsibility to the public which pays for it. In not giving climate change the very prominent coverage it deserves, the BBC is obstructing the public debate that is vital to prevent climate catastrophe.

In effect, the BBC is firmly on the side of the state and corporate forces that have been fighting a decades-long, heavily-funded campaign to prevent the radical measures needed to avoid climate chaos.

Could it be that BBC News editors took a decision not to ‘politicise’ Hurricane Harvey by discussing climate change? Naomi Klein hit that argument on the head with a cogent article in which she argued: ‘Now is exactly the time to talk about climate change, and all the other systemic injustices — from racial profiling to economic austerity — that turn disasters like Harvey into human catastrophes.’

To provide perspective, note that Earth is entering its sixth mass extinction event in geological history, posing a ‘frightening assault on the foundations of human civilization’, according to a new study co-authored by professor Gerardo Ceballos at the University of Mexico.

All five previous mass extinction events were natural. This is the first one caused by human activity, not least a dangerous increase of atmospheric greenhouse gases that may well cause runaway heating. The authors warn that ‘the window for effective action is very short, probably two or three decades at most. [...] All signs point to ever more powerful assaults on biodiversity in the next two decades, painting a dismal picture of the future of life including human life.’

A principal function of the corporate media is to bury uncomfortable truths about elite power, not least its role in driving humanity towards climate chaos and mass extinctions. We must resist this.

David Cromwell and David Edwards are the editors of Media Lens, a UK-based media analysis website which they founded in 2001. They were awarded the Gandhi International Peace Prize in 2007.