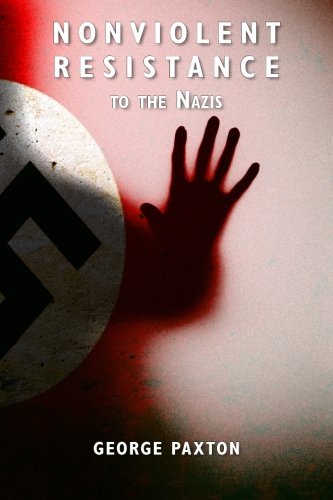 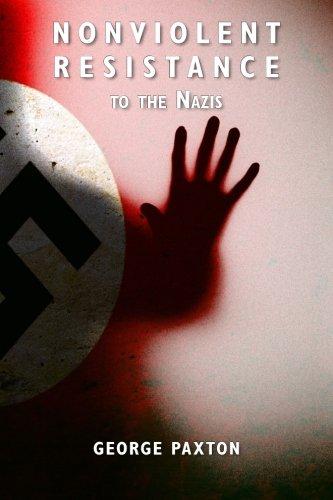 ‘But what about Nazi Germany?’ No doubt many Peace News readers have been asked this question when they have voiced support for nonviolence.

Summarising a range of published material, George Paxton shows that nonviolent resistance to Adolf Hitler’s government was widespread. And though it is often poorly-referenced and somewhat repetitive, this feels like one of the most important books I’ve read in a long time.

From underground newspapers, open letters, graffiti, and socially ostracising the occupiers, to slow working, boycotts and hiding and rescuing Jews, Paxton sets out what is effectively secret history in a culture that reveres the violent struggle against Nazi Germany. Who knew, for example, that on the first day that Copenhagen was occupied handwritten leaflets appeared on the streets, titled ‘Ten Commandments for Passive Resistance’?

In the book’s middle section, Paxton focuses on case studies of resistance, such as the extraordinary White Rose Group. Active in Munich in the 1940s, this secret band of young people printed thousands of anti-Nazi leaflets and distributed them throughout Germany – often travelling to other cities to post them on in order to avoid detection.

Though they worked under an extremely repressive state, individuals, groups and populations were able to win some limited successes – highlighting the fact that the Nazi leadership was not all powerful, but often compromised for political reasons.

In Denmark, nearly all of the Jewish population were rescued from the Holocaust, while a 1941 strike in France against food shortages involving 100,000 miners won more food coupons. In Berlin, in 1943, the non-Jewish wives of Jews protested in the street over the threatened deportation of their husbands. Though the Gestapo HQ was close by, ‘they did not act against the women fearing that the protests might spread’, notes Paxton. The deportations were suspended.

Citing French historian Jacques Semelin, Paxton argues that a number of factors increased the chances of success: a united front by the occupied populace, strong democratic traditions and grassroots organisations, a belief in tolerance and a good source of money and food.

Like nonviolence guru Gene Sharp (PN 2543), Paxton, who is a trustee of the Gandhi Foundation, believes that nonviolent resistance would have been most effective against Nazi Germany if it had been deployed at the earliest stage possible.

A goldmine of information, fascinating stories and inspiration for peace activists, this book deserves a wide readership.