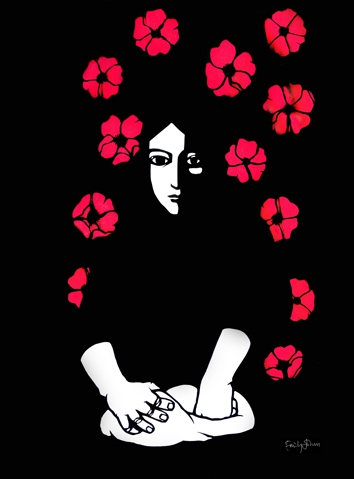 The Bread and Roses Award for radical non-fiction will be announced at the London Radical Bookfair on 24 June. This is the shortlist.

The Hammer Blow: How 10 Women Disarmed a War Plane by Andrea Needham (310pp; £10; Peace News): ‘The heroic actions of this small, but determined, group of women is told brilliantly in Andrea Needham’s fascinating account. They spent six months in jail for acting upon their consciences – but were eventually, and rightly, found to be innocent.’ – Caroline Lucas, Green MP for Brighton Pavilion

This is the Place to Be

This is the Place to Be by Lara Pawson (136pp; £8.99; CB Editions): ‘A stark, compassionate and troubling text... circling experiences from her growing up in England and her time as a reporter covering civil wars in Angola and Ivory Coast.’ – Tim Etchells

The Candidate: Jeremy Corbyn’s Improbable Path to Power by Alex Nunns (406pp; £15; OR Books): ‘How this remarkable twist of events came about is the subject of Alex Nunns’ highly readable and richly researched account.’

The Egyptians: A Radical Story by Jack Shenker (560pp; £10.99; Allen Lane): ‘Challenging conventional analyses that focus only on the battle between Islamists and secular forces, Jack Shenker travels Egypt to explore other, more important fault lines.’

Another Day in the Death of America by Gary Younge (320pp; £16.99; Guardian Faber): ‘Saturday, November 23rd, 2013. It was just another day in America; an unremarkable Saturday on which 10 children and teens were killed by gunfire. Younge searched for their families and tells their stories.’