Fiona Jeffries, We Have Nothing to Lose but Our Fear: Activism and Resistance in Dangerous Times 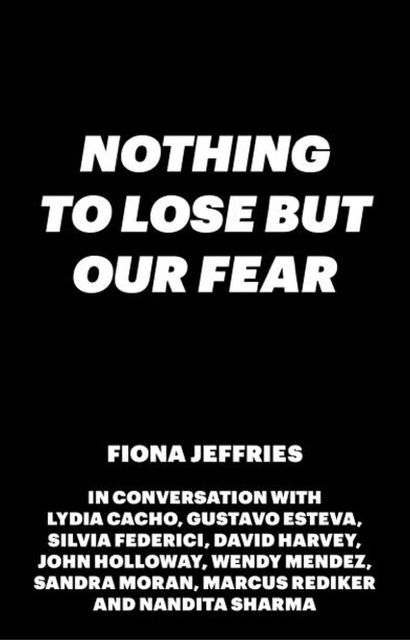 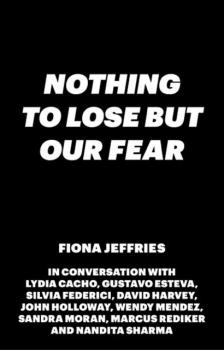 In a time of ‘metastasisizing security’ – as Fiona Jeffries describes our current situation of ever-tighter state control – it is important to examine the role of fear in contemporary politics. In conversation with writers, activists and artists, Jeffries investigates examples from history and the recent past in which powerful groups have cultivated fear. And she also looks at the many creative ways in which people and movements have responded.

The result is a good introduction to a bottom-up history of the struggles of the poor. Thus we learn from Marcus Rediker that eighteenth-century pirates were often former sailors who rebelled against the harsh conditions aboard ship. And we also learn about indigenous movements, such as the Zapatistas, demanding to be recognized in modern-day Latin America.

Probably the most important conversation to read at the present time is the one with Nandita Sharma, a long-term activist with the No Borders movement. The border, seen as a ‘technology of power’, offers ‘mercy’ or ‘terror’ to the people who are trying to cross it. But the restrictions that governments place on people once they have successfully entered a country are also a type of 'border'. Sharma provides a critique of the nationalism that leads people to see their country as their natural home and themselves as privileged citizens of it.

I also strongly recommend the central conversation with John Holloway, author of _Change the world without taking power_, for its hopeful stance. Holloway stresses the importance of dignity, of seeing oneself as a subject not an object, and the ‘fragility of power’. He also highlights the role of art and poetry in depicting suffering, and the beauty of telling history from below.

Later conversations examine the stories of activists from Guatemala and Mexico'who risked their own lives and freedom shedding light on atrocities that took place only a generation before. In the conversation with Wendy Mendez, we learn of the group HIJOS who would put up a mosaic of someone on a wall near to where they were disappeared. Passersby would be reminded, start talking and make connections.

In answer to Jeffries’ questions about fear, the interviewees make connections with a wide variety of other topics, all of which need further attention, and this gives the book a somewhat breathless feel at times.

I often found myself wanting to know more and felt frustrated when some of the conversations did not provide enough background information. And I was also surprised by the lack of images, especially given the highly-visual nature of many of the direct actions that are described.

Nonetheless, this book addresses important topics for those of us in the UK peace movement, especially at a time when similar fear tactics are being used by our own government in order to turn us against the poor at home and in Europe.