Roslyn Fuller, Beasts and Gods: How Democracy Changed its Meaning and Lost its Purpose 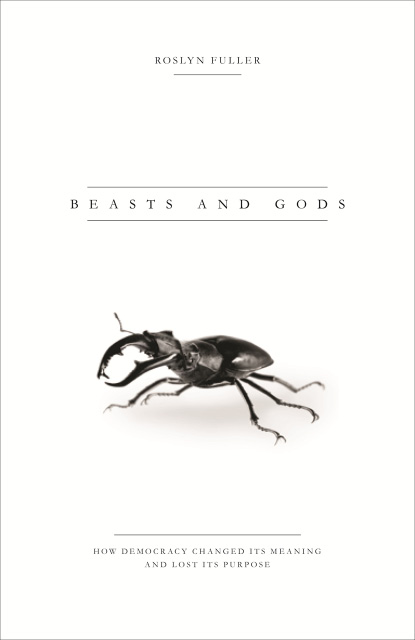 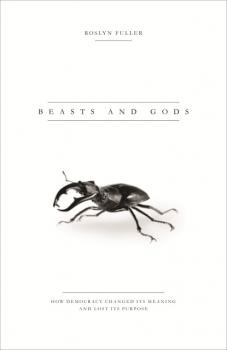 In this passionate and readable book academic and commentator Roslyn Fuller takes apart the belief that, to quote Paul Weller, ‘the public gets what the public wants’.

According to Fuller, in Western democracies the popular will is stifled and twisted by a plethora of pressures. Top of her list is the nefarious influence of corporate financing, with money the deciding factor in around 80 percent of various elections, according to studies she cites. The serious problems with the UK’s creaking ‘first past the post’ voting system are also discussed, as is the role of corporate-funded think-tanks, undemocratic global institutions such as the United Nations, International Monetary Fund and World Trade Organisation, the timid establishment NGOs and the conservative politics of the corporate media.

Interspersed throughout are extensive, engrossing descriptions of Athenian democracy, of which Fuller is clearly a huge fan. The system that developed in the ancient city-state around the fifthcentury BCE was, Fuller explains, a system of direct, participatory democracy with citizens voting directly on political issues in an assembly.

With all voters allowed to attend, she notes that around 10-20 percent of the total voting population of 45,000 regularly participated. Frustratingly, though she argues this ‘was an egalitarian system that worked’, Fuller doesn’t seem to think the fact women couldn’t vote or that Athens was built on the labour of non-participating slaves worthy of extended discussion.

According to Fuller, the problem is that we have largely forgotten about the radical ideas of Athens, with the ‘founding fathers’ of the United States instead taking the more limited, elitist democracy of Rome as their template.

Beasts and Gods is certainly a useful reminder to activists about the undemocratic nature of our supposedly democratic political systems, with Fuller providing an extensive and interesting bibliography for those looking to find out more. However, it would have been good to see mention of the revolving door between government and business, the role of corporate propaganda and advertising, and a more in-depth, structural analysis of the media than the Nick Davies-style critique presented here. In addition Fuller’s belief that ‘neither petition nor protest nor visits to representatives are likely to have any effect on politics’ will likely jar with activists who, while under no illusions about the nature of power, will be aware that protest can still lead to significant change.