The truth about Trident﻿ 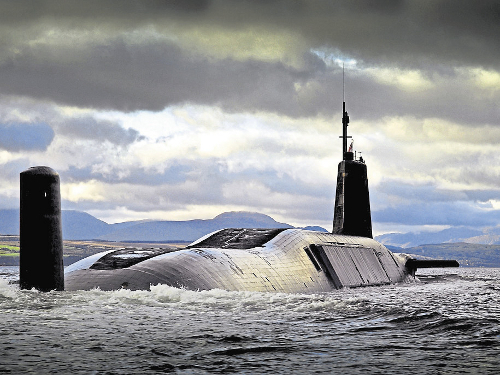 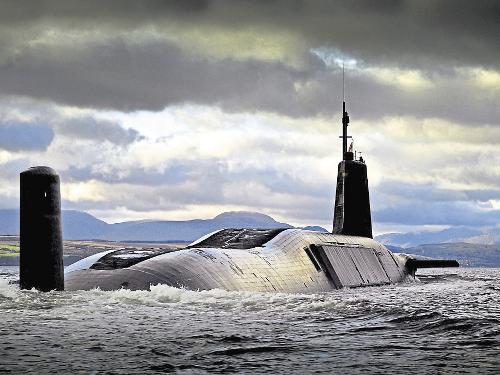 So what is the truth about Trident? The truth is that we live in a world that is not as it was in 1939–40, when Britain stood alone against Nazi Germany and prevented an invasion by a combination of wits, luck, geography, will power, enormous self-sacrifice and the skill of some RAF fighter pilots. The idea that Trident would protect us in a similar situation is not only outmoded but dangerous, since it assumes that the UK can act independently and to its own ends in a world that is increasingly interdependent and interconnected.

Trident is a weapon of mass destruction. Each Trident warhead is probably at least six times more powerful than the bomb dropped on Hiroshima, and one Trident submarine contains more destructive power than was dropped on Germany and Japan throughout the whole of the Second World War, including the bombs dropped on Hiroshima and Nagasaki.

If the UK were ever to use such a weapon, even against purely military targets, it would cause millions of deaths and millions more injuries. The radioactive fallout would cause deaths and injuries, not only in the UK itself but around the world. Climate change affecting global food supplies could not be ruled out as another possible result.

The theory of nuclear deterrence rests on the threat to use these weapons if an aggressor were ever to threaten or attack the UK. That threat is only credible if there is the political and military will to actually use these weapons under those circumstances. No deterrent can be 100 percent effective and the longer we play the deterrence game, the greater the chances of a nuclear weapon being used, by accident or by design.

We know from the Second World War that mass destruction of cities does not in itself win wars or even dent the war-fighting capability of a determined adversary. There is therefore little reason to suppose that the threat of mass destruction of cities by nuclear weapons, any more than by conventional weapons, is an effective deterrent. Although Japan surrendered shortly after the atom bombs were dropped on Hiroshima and Nagasaki, there is strong evidence to suggest that these were not the deciding factor in ending the war.

The Cold War is now over, and yes, the world is a dangerous and uncertain place – made especially so by the existence of more than 15,000 nuclear weapons, many of which could well be aimed right now at the UK. Do the 200 or so nuclear weapons on Trident make the UK safer in such an environment? Or is it closer to the truth to say that on balance, the UK’s continued possession of nuclear weapons actually makes us, and the rest of the world, less safe?

The UK is a small island nation comprising less than 1 percent of the world’s population and less than 0.2 percent of the earth’s land mass (and that includes Scotland!). No matter how much destruction the UK might be able to wreak on some other country, the retaliation would potentially be equally devastating. In what sense does that ability to destroy make us ‘secure’?

Security in today’s world does not come from military might, or from threatening other countries with nuclear destruction. It comes from working effectively with others through multilateral institutions such as the UN to ensure that all countries are secure from threats like fascism, genocide, megalomaniacal attempts at global domination and other ideologies that potentially threaten all of us.

Does a nuclear-free world sound utopian? Perhaps if it does, it is worth pondering for a moment on the alternative. The longer the UK and other nuclear weapon states go on claiming that they need these weapons for their security, the greater the likelihood becomes of one of these weapons being used.

This is not just because of the mind games involved in convincing oneself that these weapons are still ‘credible’ as a deterrent. It is a simple matter of statistics. The chances of an accident or miscalculation are always going to increase the longer a system this risky is kept in place.

If the detonation of a single nuclear warhead somewhere in the world triggers a ‘launch on warning’ retaliatory strike because it is assumed to have been an act of war by Russia or the US, even if launched by another country, then we are all finished as a human species. All-out nuclear war spells the end of human civilisation as we know it.

If, on the other hand, a nuclear detonation goes off somewhere and yet does not trigger all-out nuclear war, perhaps hundreds of thousands of people will be dead, depending on where it goes off. Millions more will be homeless, facing various forms of radiation sickness and other diseases. The world’s humanitarian response agencies will be totally overwhelmed by the unprecedented scale of such a disaster.

If the disaster happens in London, or Glasgow, or New York or New Delhi or Moscow or Tel Aviv or Beijing, the repercussions will be immense, not only on the immediate victims but on the surrounding infrastructure that a whole country may be dependent upon.

What is likely to be the overwhelming response of the world community to such an unprecedented disaster resulting from a single nuclear explosion somewhere in the world? With one voice the world will be crying out, ‘Get rid of these weapons NOW before that can ever happen again!’ Why wait for a catastrophe of unparalleled proportions before deciding to do what is already the obvious thing and get rid of these weapons once and for all? Either we do the right thing now or we wait until disaster strikes and we do it then. That is the choice before us.

In fact, the UK is already morally and legally obligated to eliminate its nuclear weapons. In signing the Non-Proliferation Treaty in 1968, the UK along with the other four recognised nuclear weapon states committed themselves to negotiating nuclear disarmament ‘in good faith’ and ‘at an early date’. In 1995, the UK reiterated its commitment to this goal with an ‘unequivocal undertaking’ to fulfil its obligations under the NPT.

All of the arguments covered in the first half of this book are in fact irrelevant if it is accepted that the UK must disarm in accordance with its legal commitments. To argue that the UK ‘needs’ Trident when it has already agreed to get rid of it is nonsensical. The only question that should be on the table is how nuclear disarmament can best be achieved.

The deeper truth about Trident is that by renewing it for a further 30 years or more at enormous expense, the UK is signalling its defiance to the rest of the world and to the commitments made to them. It is saying to the world, ‘we remain willing, indefinitely, to threaten the very survival of the planet in order to somehow “defend” ourselves from unknown future threats’.

What kind of partner does that make us in the community of nations? What message does it send, not just to other countries, but to our own communities and our own children? Can we retain Trident and still retain our dignity as human beings and our respect for other human beings on this small and precious planet of ours?

Tim Wallis job-shares the position of programme manager for peace and disarmament at Quaker Peace & Social Witness in London.

This is an excerpt from Tim’s new book, The Truth About Trident: Making Sense of the Arguments For and Against (Luath Press; 224pp; £12.99) which will be published on 30 April.