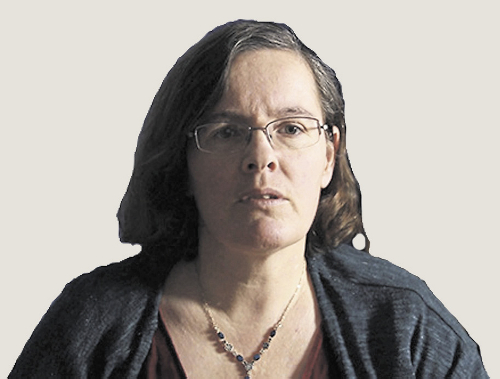 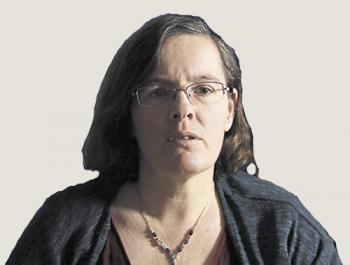 In 2003, my husband Chris and I moved to the Eirene Centre, a retreat centre in Northamptonshire run by the Fellowship of Reconciliation. It was a huge change in lifestyle. After 15 years in paid work, I swapped a busy office for full-time motherhood. We moved from a terraced house in a large town to a detached building surrounded by fields about a mile away from the US airbase at Molesworth. As the leftie Christian pacifist incomers, living in the last but one property in the village, we were literally and figuratively on the edge of the community. We were always outsiders and never felt truly welcome for the two years we lived there.

It was a lonely time, made bearable by not having to juggle family and work which made life a lot easier. It also gave me the chance to start running again and the headspace to think about writing. I’d always wanted to be a writer, but somehow had never managed to find the time. I was fast approaching 40 and I realised if I didn’t start now, perhaps I never would. Luckily our new home provided me with a great deal of creative fodder. Our flat was above an old school house, beside the village church and graveyard. It was a spooky place at night: the wind whistled through the buildings, the floorboards creaked and often I used to imagine I heard voices talking. Of course, they weren’t real but it got me wondering what if they were? Whose voices would they be and what would they be saying? And so Echo Hall was born.

What started as a ghost story soon materialised into something about intergenerational conflict as I worked out the mystery at the heart of the novel. When working out which time to set it in, I plumped on the 1990s and the Second World War, and realised that the family situation could also be a way to talk about war and peace. I remembered how in the run-up to the Gulf War, the papers exhorted us to follow Churchill’s example, to be allies in a war against a dictator as evil as Hitler, and I thought these parallels might come in useful.

As the story developed, I discovered that I’d need to go back to the roots of the family conflict, which also took place in times of war (the First World War). And I began to deliberately focus on the echoes of history, which repeats itself often, in slightly different ways.

I hope what has emerged is a gripping story about personal and political struggles, but one which poses a wider question: is conflict always inevitable, or can we find another way?

“Had you told me in 2004, that I’d be spending the next decade obsessed with my characters, I think I might have given up immediately”

It took me 10 years to complete Echo Hall, and another two years till it was picked up by the crowdfunding publisher, Unbound. Had you told me in 2004, that I’d be spending the next decade obsessed with the lives of my characters, I think I might have given up immediately. But now I’m glad it has taken so long. Not only has the novel benefitted from repeated edits and rewrites, but the 13 years from the Iraq invasion have given me a longer view of history. With Iraq, Libya and Syria in flames and our politicians locked in a perpetual cycle of violence, I am convinced that the novel is more relevant than ever.

Which is why I’m asking you for help. Because to get this book out there, I need people willing to support it. I hope that PN readers will enjoy reading Echo Hall, but also believe that it has an appeal to a more mainstream audience. And I hope that in writing this novel I can bring these ideas and questions to the attention of readers who might not always think of these issues.

I appreciate there are a lot of demands on us, but if you are able to pledge to make the book happen you can do so online (see below). And if you are not able to do that, but could spread the word, please follow me on Twitter (@aroomofmyown1) and Facebook (Virginia Moffatt and Echo Hall) and share my regular updates.