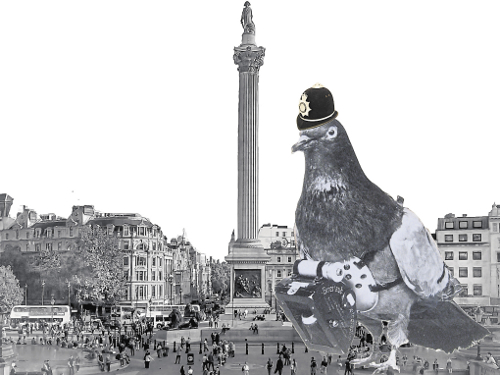 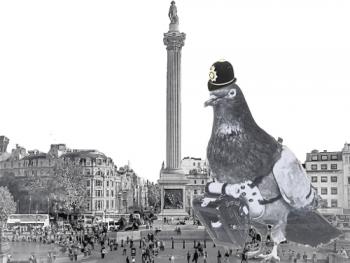 An unusual demonstration in January saw socialists, animal rights activists, environmentalists and anarchists forming a single line outside New Scotland Yard. They were there to protest against the police’s controversial position of ‘Neither Confirm Nor Deny’ – NCND. Theirs is a coalition that is growing.

Just weeks before the demonstration, the Metropolitan police had finally apologised to seven of eight women bringing court cases against the force – for state-sanctioned rape. Yet, even then the police refused to give them the answers they crave as much as anything. Part of the injustice for the women is not knowing why or the extent to which they were abused in the name of intelligence-gathering.

The power of the New Scotland Yard demonstration was not just the ongoing solidarity being offered to those affected, but that it showed how wide-ranging the issue is. It is profoundly unifying because it is showing a common experience across many movements, bringing them together in a way rarely seen. They are unified by the clear demand that the truth of covert policing operations by the special demonstration squad, the national public order intelligence unit (NPOIU) and others must come to light and that the dissembling must stop.

NCND, the policy whereby the police and other state agents refuse to comment at all on whether an individual is an undercover officer, or reveal other state secrets, is the key battleground for many at the inquiry.

The argument from campaigners is that unless the cover names of all undercover officers who spied on political movements are released, there can be no justice.

There are many people who have strong suspicions that they were spied upon, and that they formed intimate relations with, and allowed into their personal lives, people who were actually targeting and betraying them. Many more may have been wrongly sent to jail. But without definitive proof they are prevented from coming forward and pointing out the injustices that were done to them. All those currently in the inquiry are only there because of the work of activists in exposing undercover police officers.

In February, 133 of the ‘Non-Police/State Core Participants’ in the inquiry signed a letter calling for full disclosure of all cover names and all the groups infiltrated. It is how lord justice Pitchford responds to this call that will determine how much trust is placed in the rest of the inquiry at all.

The police response is already available. It calls for an inquiry held behind closed doors, with only the outcomes made public. They demand that there is no disclosure on officers or methods, so as to protect the existing system, including the principle of NCND. In one statement, the police went as far as to compare the outing of undercovers with assisting ISIS, organised crime and paedophiles.

A number of former undercovers have also put in applications for restriction orders that would stop anyone revealing anything about their time infiltrating political groups – including which groups they infiltrated and what their cover names were.

These former spycops cite, without any sense of irony, their right to a private life and their fear of intrusion. As part of a tactic of presenting themselves as living in a culture of fear, they make out that their lives are at risk.

“These former spycops now demand their right to a private life and their fear of intrusion.”

Bob Lambert, who fathered a child by an activist while undercover, then abandoned them both when he left the field, and did not make contact with either child or mother until he was exposed as an undercover (25 years later), now cites the right to family life.

A number of women who were targeted for relationships now make the case that the undercovers stole from them the opportunity to have children and ability to form stable relationships at the time when that choice would have been open to them. Likewise, although now a significant number of former undercovers have been named, not one of them has so far been threatened in the way they are claiming they are at risk of. Indeed, activists involved in exposing them have been careful not to reveal family details where discovered.

On 22-23 March, a hearing at the Royal Courts of Justice determined the matter. Though it did not deal with evidence directly, it addressed the legal framework for the rest of the inquiry, including whether the inquiry will be in secret, the extent to which restriction orders can be used to suppress information reaching the public domain, and whether ‘Neither Confirm Nor Deny’ is accepted.

This is the pivotal point in the inquiry. Everything rests on the judgement, which will be handed down at the start of May. Will transparency be given primacy, or will it be another case of police abuse and corruption being hidden behind closed doors? If it is something in between, that will raise difficult questions of how far people are prepared to compromise.

The two dry legal arguments were relieved by a calm but passionate speech from Helen Steel who received spontaneous applause from the public gallery when she reminded all there of the real cost of undercover policing to people’s lives. Something particularly poignant given the length of time the police barrister had argued how undercover officers needed their private lives protecting.

On 16-17 April, an important conference on undercover operations, racism and political policing is being organised by the Centre for Crime and Justice Studies in conjunction with The Monitoring Group. The outcome of the hearing will be discussed at it by many of those directly affected.

Campaigners are also keenly aware that if they are successful and 40 years of police spying are uncovered, the ramifications may be huge. They are looking at putting things in place to help provide support for the fall-out. Even if the inquiry goes the other way, the efforts to expose the truth will continue, regardless.

Campaign Opposing Police Surveillance, the main umbrella group for those affected, called for protest outside the courts to highlight the importance of the issue on the 22 March. This protest was the culmination of intense behind-the-scenes work which has seen considerable pressure applied in different places over the last few months. (See next page).

Peter Salmon is part of the Undercover Research Group: www.UndercoverResearch.net. The crime and justice conference will be at
www.tinyurl.com/peacenews1751