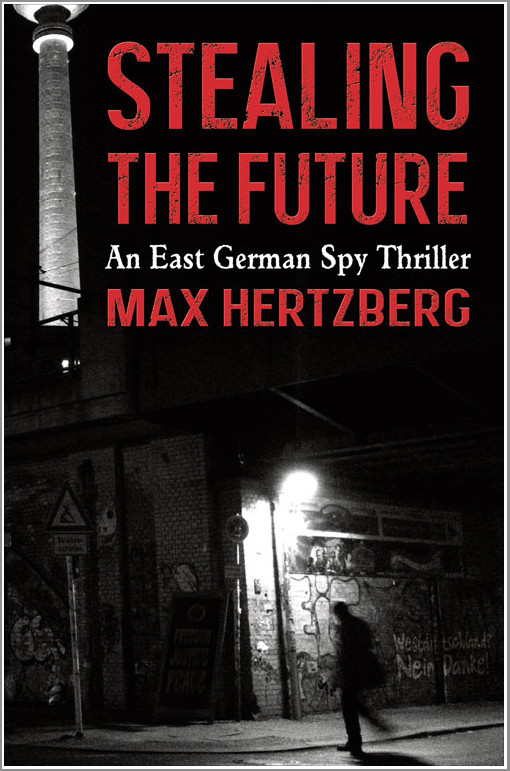 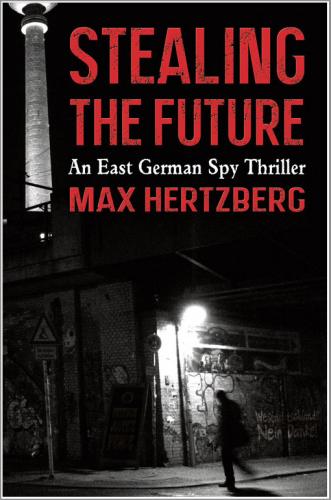 What if, after the fall of the Berlin Wall, the East Germans had refused unification with West Germany, instead designing, and beginning to put into practice, a radical, grassroots, participatory democracy – decentralising most decision-making to neighbourhood committees, in which everyone participated? What might that society have looked like? What kind of threats to its survival might such an experiment have faced? And if you lived there what would you do if you suspected that you'd bumped up against such a plot?

Max Hertzberg's ambitious counterfactual Stealing The Future asks these questions by way of an exciting and richly-imagined thriller, set in a lovingly-depicted anarchist utopia. The narrator, Martin Grobe. works for the Republicschutz – a 'stopgap' counter-espionage service 'crewed by amateurs' – which has responsibility for monitoring interference in, and attempts to undermine, the new East Germany (GDR). He and his colleagues are mostly kept busy tracking smugglers from West Berlin, who are undermining the fragile post-communist economy.

Then a politician dies in a recently-seceded coal-producing region, crucial to both the GDR's power supply and its economic survival. Is this part of a plot to bankrupt the GDR and destroy its unique political and social experiment? How is the Gorbachev-Yeltsin standoff, reported in news bulletins, connected? And what is the role of the punks and squatters in the new GDR's proto-environmental movement?

The novel's founding premise is not as farfetched as you might think: a lot of people in East Germany did not want to become part of a single Germany, but instead wanted to remain an independent, democratic state. As it was, Chancellor Kohl had a ready-to-go plan for unification, offered under the cover of proposing a solution to East Germany's dire economic situation. In the novel, Kohl offers his plan too soon and the East German people see it as a plot to override their independence and railroad them into the poverty that they feared would ensue – and which, in fact, did ensue for much of the former GDR.

An gripping page-turner of a thriller, its sympathetic characters and richly-researched detail make it both believable and exciting. More than that, though, it's an exploration of power: political, economic and electric power; what happens when the people exert their power against the desires of state authorities; and what it might be like, day-to-day, to put our ideals and hopes for self-determination into practice. Its idealism is grounded in a frank acknowledgement of the hard work involved in thinking for ourselves and making our own decisions. But it's also a hopeful story of resistance, inspired as much by Rojava [the de facto autonomous region recently established in northern and northeastern Syria – reviews ed] as any fantasy of what might have come of 9 November 1989.