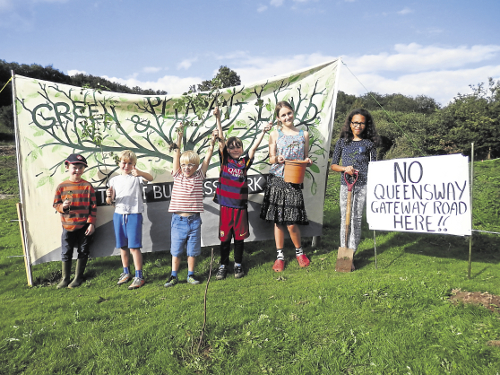 Local ‘development’ quango SeaChange cut down trees in the valley in preparation for the ‘Queensway Gateway’ road, but planning permission for building the road was quashed in July (PN 2584–2485).

Despite this, SeaChange has continued with some preparatory work, digging out the roots of trees they’d already cut down, and test drilling. While the quango seems confident that when they resubmit their planning application, Hastings council will rubberstamp it, CHD will keep pointing out that the vehicles on the projected road would cause unlawful levels of air pollution – the reason the council was forced to revoke the planning permission in the first place.