Kerry-Anne Mendoza, Austerity: The Demolition of the Welfare State and the Rise of the Zombie Economy 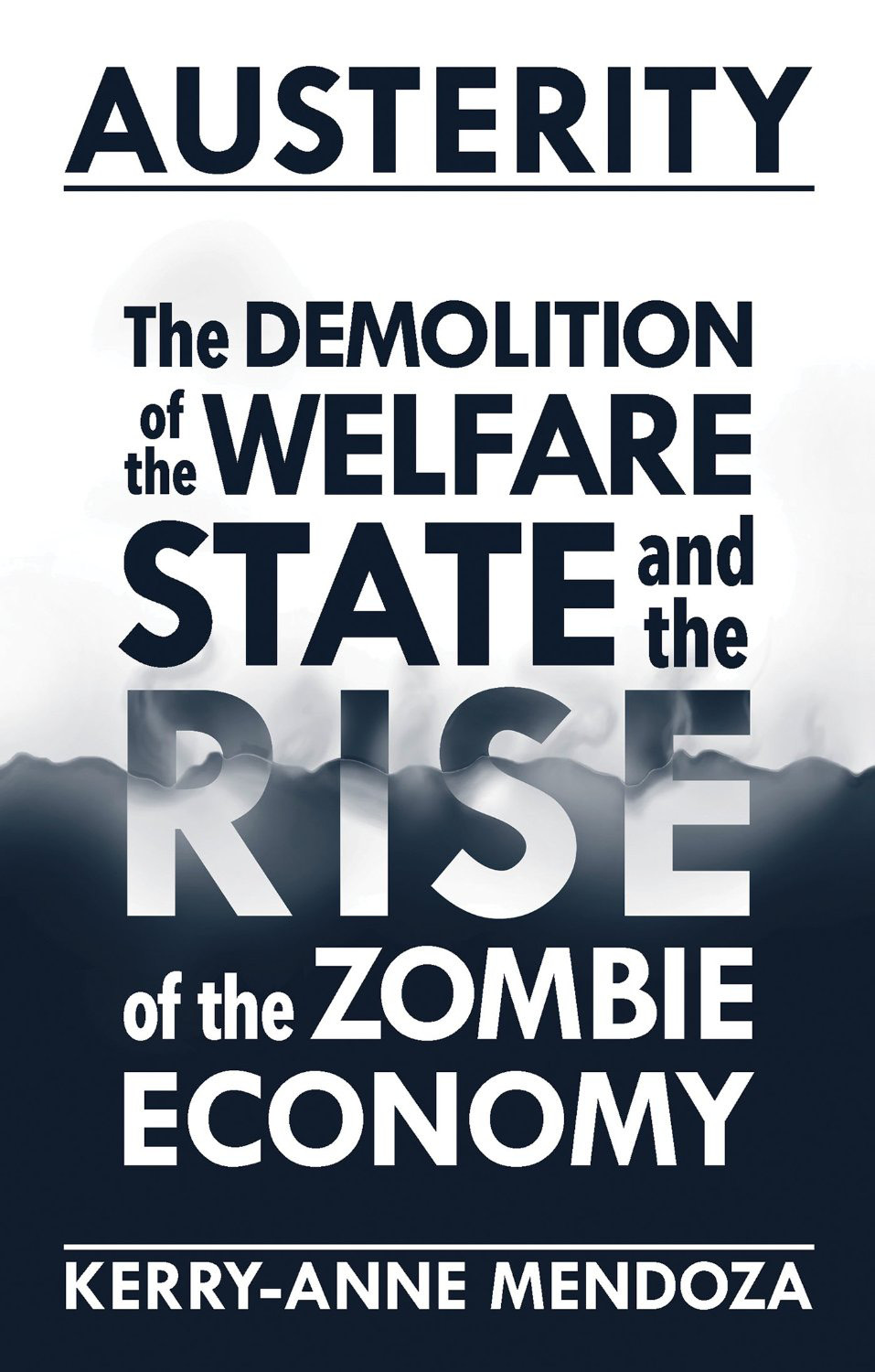 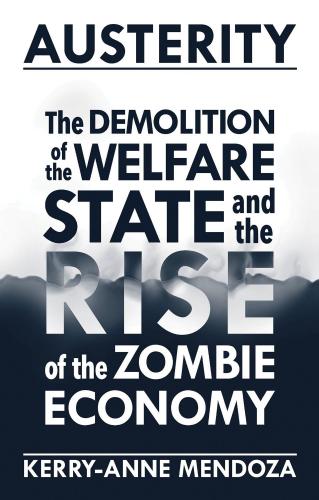 Every now and then, Peace News sends me a book which I absolutely love from start to finish. Despite the clunky title, this is one of those books. It’s a terrific read that tells you everything you need to know about why austerity is prevalent, what it does and some pointers on how to resist it.

The book is in two parts: the first, ‘Demolition’, deals with the causes of austerity and its impact on all areas of society. The second, ‘Austerity and Democracy’, charts its chilling impact on our democratic freedoms. ‘Demolition’ begins with the history of the international financial organisations that dominate our world today.

Starting with the 1944 Bretton Woods conference, the author explains how the formation of organisations such as the International Monetary Fund (IMF) and the World Bank set in motion a train of events that have led us to where we are now.

She demonstrates how the IMF used structural adjustment programmes to ‘aid’ developing countries, while in fact trapping them in a cycle of debt that was impossible to escape. This, she argues, helped maintain the benefits of empire (for the interests represented by these institutions!), even when former colonies achieved their independence.

Mendoza further describes how the systems of international finance and governments were in a state of collusion for many years prior to 2008.

So, when the banks collapsed due to over-leveraged consumers, instead of tackling the roots of the problem, ‘toxic’ private debt was turned into public debt. All of which has led to austerity - ‘Structural Adjustment with a new name’.

Mendoza also describes how the financial system is skewed to create a ‘zombie’ economy that increases the paper value of an asset, financialises it to the point of collapse, and then leaves consumers with the bill. And she explains how this has resulted in privatisation in all aspects of public services, and the damage this is doing to the NHS, education and social security.

The book’s second half looks at the ways in which austerity culture has led to the demonisation of difference – from disabled and sick people in Britain, to sex workers and LGBT communities in Greece – the rise of a ‘corporate fascism’, and impacts on employment, the justice system and civil liberties, which have left most of us poorer and less able to exercise our rights.

Mendoza concludes that the ‘end game’ of austerity is to make these changes permanent, de-civilising society, and that ending capitalism is the only way in which we can defeat such a prospect.

This is an absolutely brilliant book, well-researched and written, presenting what could be dense technical information in an extremely accessible fashion. Though the sheer relentlessness of the horrors of austerity did make me feel a bit gloomy at times, I was nonetheless left with a sense of hope.

Particularly since Mendoza’s final chapter lays out some practical solutions – including breaking up the banks, controlling the cost of living, and abandoning neoclassical economics – that are eminently achievable and worth fighting for.

A must-read for everyone fighting austerity, it introduced me to a lot that I didn’t know, providing useful examples and statistics, as well as putting much that I did already know into a broader context.

I realise now that every campaign and movement I’ve ever been involved in stems from the decisions made by the Bretton Woods conference. If we are to achieve long-lasting political change then we’re going to have to undo the assumptions made in 1944.

Mendoza has done us a great service in describing the situation so well, and tantalisingly promises a follow-up that will examine solutions to the problem in greater detail. Based on the brilliance of this book, I can’t wait to read it.