Learning to ride the bicycle of nonviolence 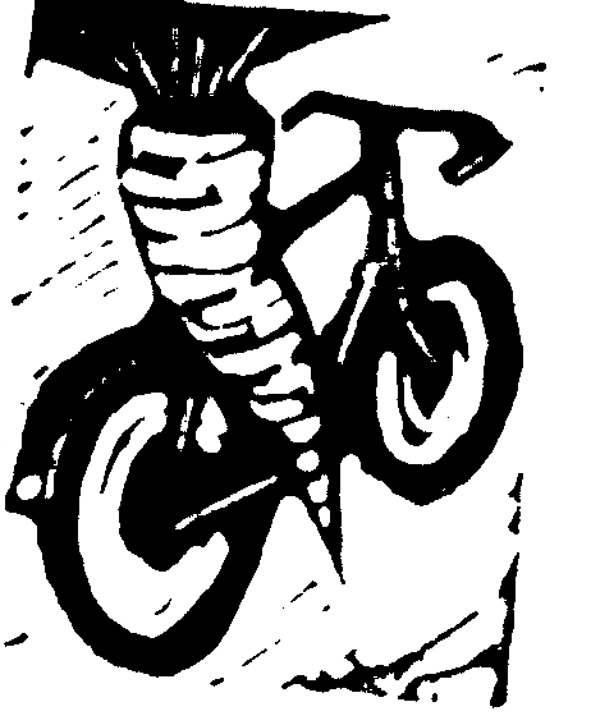 My perspective rests on the assumption that humans can create their surroundings based on pre-existing materials. A social construction of nonviolence requires a practical knowledge, both to be possible and to be effective. In this regard, it demands special knowledge. But instead of practical technical knowledge, it concerns the practical social knowledge required to carry out a specific kind of action, a nonviolent action in a particular context.

Practical knowledge is a type of knowledge that cannot be completely captured theoretically, but must be acquired in order to be grasped. For instance, you can learn to ride a bicycle only by trying to do so.

As practical social knowledge, nonviolence can be obtained only by carrying out nonviolent actions. The aim of my theoretical analysis is not to reproduce the knowledge itself – like a bicycle manual – but to describe the social practices that comprise the performance of nonviolence. I develop concepts and a theoretical perspective that allow for the systematic and critical study of the practice. Moreover, having concepts for various moments of action even helps further the practice itself.

Morality is relevant to how nonviolence works in each social group, precisely by virtue of existent and persistent notions of the approval or disapproval of actions. Thus, this type of socialised morality in groups, organisations, movements or societies cannot be disregarded when evaluating the possibilities of resistance. A resistance that does not consider the prevailing social morality will seem difficult to understand for those who are part of the moral community.

Therefore, moral nonviolence affects social dynamics and weighs heavily upon the social techniques and effectiveness of nonviolence. The classic dichotomy between lifestyle (moral principles) and tactics/techniques (effective principles) may mean that one overlooks the connection between (social) morality and (social) effectiveness.

The concept of nonviolence

In my preliminary definition, nonviolence consists of a combination of two factors: ‘without violence’ and ‘against violence’. Thus, nonviolence has two dimensions and its means of action combine both.

The point is that we need both of these definitions simultaneously in order to discuss nonviolence. An act does not become nonviolent simply because one does not use violence – walking, for example. Nor does an act become nonviolent simply because one fights against violence – for example, when armed UN soldiers patrol a border in order to observe a ceasefire agreement.

However, a group of unarmed officers walking along the same border and attempting to prevent conflicts without violence can be said to be exercising nonviolence. It is precisely through fighting violence in such a way that one refrains from using violence that the act becomes nonviolent.

To act nonviolently is first and foremost not ‘an act without violence’. If this were the unique characteristic of nonviolence, then nonviolence would simply be attributed a non-property, to not act violently, which in itself is a non-action. This would be absurd.

What makes an action interesting is that it is a specific way of acting, not that it occurs without a certain action. Moreover, the category ‘action without violence’ is so broad that it becomes a trivial concept (and would include the liberation of British India, sleep, science and walks in the forest).

This would be as petty and misguided as dividing colours into green and not green. As we will see, a nonviolent action occurs in relation to other parties and to the situation in which it is performed. It is not a special behaviour that can be conceptualised as distinct from the social context.

Let’s take an example: the ordinary and overtly conventional act of growing vegetables.

In itself, this is neither a nonviolent action nor a political act. Growing vegetables is a normal, human subsistence activity performed throughout the world. Yet in a situation where a few own all the land and those without land starve, growing vegetables can become an act of resistance.

On average, one Brazilian landless activist is killed each week – mainly by private landowners’ militias.

An example is the reaction of activists in Brazil’s MST (Landless Workers Movement) to one of the world’s most unjust divisions of land. The landless people have formed groups that have foregone permission and taken up residence on land belonging to others. They have begun to cultivate the land and have refused to leave it, despite threatening exhortations from landowners, armed private militia, governments and police. Violent means are frequently used to drive out these landless occupants. As a result, a number of them do not dare repeat their act of resistance. Yet MST often succeeds in remobilising these landless activists and gathering new people who have no hope of obtaining a piece of land. When the land is reoccupied and new plastic tents are set up for the residents and the earth is tilled again, that is when you can say that the nonviolent struggle has, in fact, begun.

On average, one landless farmworker belonging to this national occupation movement is killed each week. Sometimes the police kill them, but for the most part it is the private landowners’ militia who do so.

Despite the landowning aristocracy controlling the majority of mass media, solidarity groups aiming to assist the land occupants arise both in cities and in the countryside, both in Brazil and internationally. So when academics, human rights activists and legal representatives act in solidarity with MST, they broaden the conflict and provide a supplementary array of methods. The result is the birth of a nonviolent movement.

Thousands of people become engaged and different social groups get involved; various methods are applied and the struggle is upheld by a number of support structures and internal popular education, as well as by the generation of public opinion, meetings and the formation of special organisations.

If the landless occupants continue to be repressed, if they continue to return to their land each time they are arrested or driven off, if they continue to fight for their rights in the media, on the street, in squares, in fields and in the courtrooms, and if they continue to risk being killed or robbed of what little they own – then, in effect, all the components of a nonviolent struggle are in place and nonviolence has been realised. An action has been carried out and it has been repeated. Several different groups have formed an alliance and have succeeded in supporting each other to uphold their nonviolent action – despite violent repression.

The point is that any commonplace and conventional act can generally be transformed into a nonviolent act depending on its relation to the violence and oppression that prevail in a specific context.

This is an edited extract from Stellan Vinthagen, A Theory of Nonviolent Action: How civil resistance works (2015, Zed Books). Stellan is the endowed chair in the Study of Nonviolent Direct Action and Civil Resistance at the University of Massachusetts Amherst, as well as the editor of the Journal of Resistance Studies: www.resistance-journal.org