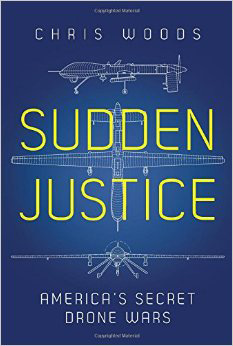 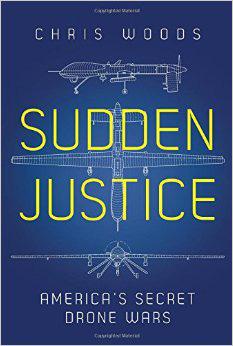 This dense, complex history interweaves the political, legal and technical background to America’s use of lethal armed drones with the details of how drone operations work in practice.

It begins with the invention of modern drones, first used for surveillance during the (1991) Iraq war, and then fitted with armaments during the hunt for Osama bin Laden in 2001.

Since then, US targeted killings by armed drones have become more and more frequent not only in Afghanistan and Iraq, but also in Yemen, Pakistan and Somalia.

Chris Woods has collated a vast mumber of interviews with drone operators, analysts, lawyers, journalists and agents on the ground in Pakistan and Yemen. Thanks to the US air force’s (USAF) ‘book support program’, some of his material comes from military personnel who are openly critical of the drone program (others nearly had me persuaded that drones could save lives).

It is, however, the attention given to the terrible number of casualties among women and children that provides the book with its strongest polemic.

Woods places targeted killings in the context of other areas where the Bush administration pushed legal boundaries during the ‘war on terror’, such as Guantanamo Bay, extraordinary rendition and torture. There are opportunities here for drone campaigners to form links with other groups focusing on separate issues.

Woods concludes, along with some of his interviewees, that the US and Israel (and now the UK) should be at the forefront of encouraging the world to use drones responsibly. Given the evidence in this book, I struggle to remain hopeful.

For campaigners, this book offers important insights into the workings of a shadowy kind of warfare that stands in the way of peacemaking by putting civilians’ lives in danger everywhere.