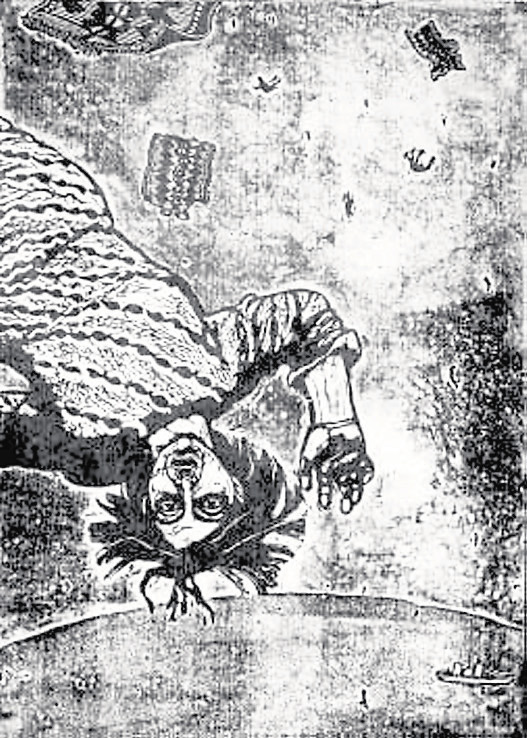 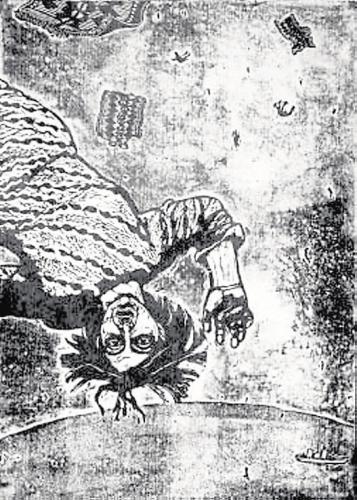 The British broadsheets varied in their scepticism about July’s US-led nuclear agreement with Iran – from the Financial Times and the Guardian (who respectively welcomed ‘a breakthrough’ and ‘a triumph’ for diplomacy’) through to the Times, which warned of ‘A Reckless Gamble’.

In another demonstration of the accuracy of Noam Chomsky and Edward Herman’s Propaganda Model of the mainstream media, the ‘quality papers’ were united, however, in applying different standards to the US and the Iranian roles in the Middle East. On this topic, all five papers could have shared the headline that the Daily Telegraph used for its editorial: ‘Iran must prove itself’.

According to the Telegraph, ‘we still need to be wary of an unshackled Tehran.’ The Guardian asserted that Iranian foreign policy in the Middle East has been ‘too often a malign influence’. The Financial Times regretted that ‘Iran’s aggressive actions across the Middle East’ will prevent a ‘speedy normalisation’ of its relationship with the US. The Independent warned that lifting sanctions would increase Tehran’s ‘capacity to meddle’.

The Independent spelled out what it meant: Iranian ‘President Rouhani’s talk of a “new chapter” surely does not include an end to Iranian meddling in Yemen, Lebanon and Gaza, a brake on its ever-growing influence in Iraq, or withdrawal of support for the odious Assad regime in Damascus.’ In the face of such a record, Iran must prove itself worthy of inclusion in the community of nations.

What would these editors have thought of an Iranian newspaper reacting to the nuclear deal in the following terms?

‘President Obama’s talk of a “new direction” surely does not include an end to US meddling in Iraq, Afghanistan and Syria, a brake on its ever-growing influence in the Gulf states, or withdrawal of support for the odious Zionist regime in Tel Aviv.’

The parallels are inexact. Iran has not invaded Yemen, Lebanon or Gaza, while the US has, just in recent years, invaded Iraq, Afghanistan, Syria, and Libya, while also carrying out airstrikes in Yemen, Pakistan and Somalia.

What is striking in the reaction to the nuclear deal is that it is Iran and Iran alone that must ‘prove itself’. It is as if the US has almost never put a foot wrong in the Middle East.

Admittedly, the FT, always the most informed and reasoned British newspaper on Iran, did acknowledge in its editorial that the US had taken up arms in the region, ‘as happened disastrously with the US invasion of Iraq in 2003’. The FT leader mentioned the 2003 invasion of Iraq twice (but not the US occupation), but did not refer to any other example of US military action in the region.

The Guardian editorial found room to mention only one problematic US action: ‘The prospect of conflict [between the US and Iran] heightened in 1988 when the USS Vincennes shot down an Iranian passenger plane, killing 290.’

There was no mention of why the Vincennes was in the Persian Gulf. In 1988, the US was intervening militarily in the Iraq-Iran war on the Iraqi side, not simply supplying weapons and satellite intelligence to the chemical-weapons-using Iraqis, but also providing armed escort for Saddam Hussein’s economically-vital oil tankers in the Persian Gulf. That’s why the USS Vincennes was in the Gulf when it shot down Iran Air 655, killing 290 civilians for no reason – an action which won its officers no punishment, but instead medals.

Iran’s support for Hezbollah in Lebanon, for Hamas in Gaza, for the Shia parties in Iraq, and for the Assad regime in Syria, are described as ‘malign’ and ‘aggressive actions’. No newspaper used either label for the US invasions and prolonged occupations of Afghanistan and Iraq, or for its steadfast backing for Israel’s criminal assaults on Lebanon and Gaza, and its prolonged occupation of Palestinian land.

It is Iran alone that must learn to play ‘a different, more constructive role in the affairs of the Middle East’ (Guardian). As for the United States, we must hope that the nuclear deal will allow the US to ‘re-engage’ in the region (FT) – no change of course required.

Several editorials warned of Iran’s sectarianism. If Iran uses its renewed economic muscle to ‘meddle’ in the region, ‘the nightmare of a generalised sectarian confrontation across the Middle East between Sunni and Shia Muslims could become a devastating reality’, warned the Independent.

The FT, on the other hand, thought a re-engaged US with a broader strategy could ‘contain’ Iran’s ambitions, while reassuring Saudi Arabia and its Gulf allies, ‘thereby reducing the Shia-Sunni rivalry wreaking havoc in the region’. The Guardian noted that while the US had initially been critical of Iran ‘for interference in Iraq in support of the Shia community’, the rise of the ISIS insurgency had complicated matters.

Iran was portrayed as the source of division, driving sectarian violence. No editorial pointed out that it was the US ‘interference in Iraq’ in 2003 that drove sectarianism, smashing the Iraqi state, and setting up a sectarian constitution (for the first time, citizens’ identity cards noted their sect, and each sect had a quota on the governing council).

No editorial which accused Iran of sectarian ‘meddling’ pointed out that Shia Iran is allied with Sunni Hamas in Gaza, or that in Yemen, the Houthi political/ethnic group that Iran is supporting (verbally and perhaps materially) contains some Sunnis as well as being mostly Zaidis (who are technically Shia). Or that there are people from the Zaidi sect on both sides in the Yemen conflict.

Furthermore, Zaidis are part of the Fiver branch of Shia Islam and very close doctrinally to Sunnism; Zaidis are very different from Iran’s Twelver Shia tradition. The idea that Iran would support the Houthis because of their shared religious beliefs is like expecting the Vatican to support Putin over the Ukraine because the Russian Orthodox church shared roots with Catholicism a millennium ago.

Similarly, Iran’s alliance with the Assad regime comes out of geopolitics (initially, a shared opposition to Saddam’s Iraq, latterly the need to maintain supply lines to Hezbollah in Lebanon), not out of religion. Indeed, Bashar al-Assad’s ruling Ba’ath party is anti-religious.

The Alawite religious minority which is a core part of the Assad regime is not regarded as Shia by most Shias. US Middle East expert Juan Cole observes that Alawite Islam, which has no mosques and no five-times-daily prayers, ‘is barely Islam’. Cole says: ‘The idea that Iran is supporting Syria because orthodox Twelver Shiite Islam feels any kind of kinship with the Alawites is crazy. The ayatollahs would issue fatwas of excommunication and heresy and so forth against Alawites.’

Who must prove what?

While the British broadsheet editorials agreed that the burden of proof lay on Iran to ‘prove itself’ less malign, less aggressive, and less provocative of sectarian conflict, it could be argued that an even weightier burden lies on the United States.

Since 1945, Iran has not invaded, or overthrown the government of, a single country, while the US has invaded several, including Lebanon in 1958. In the postwar period, the US has sponsored coups in several nations, including, famously, the CIA-organised overthrow of the elected government of Muhammad Mussadiq in Iran in 1953.

This is a tiny example of the way in which the British press consistently distorts its coverage in favour of the powerful and to the disadvantage of official enemies, just as Chomsky and Herman predict.

Milan Rai is editor of Peace News, and author of Chomsky’s Politics (Verso, 1995)