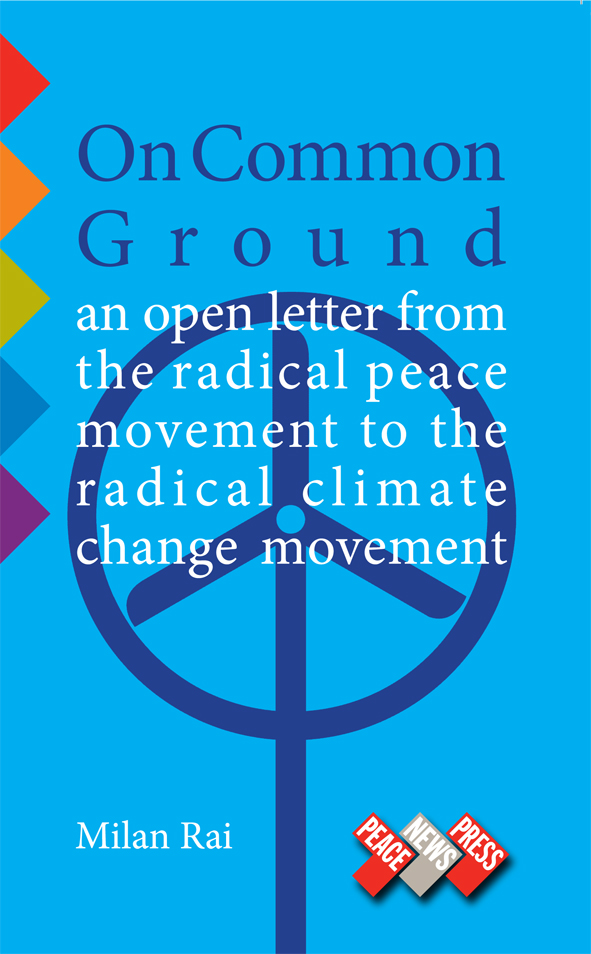 On our way to a peaceful, stable world, we need Just Transitions to bridge the gap 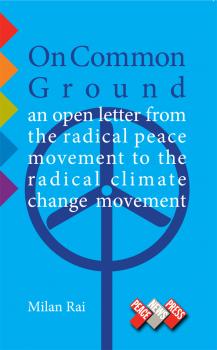 How can we create a genuinely common agenda for the climate movement and the disarmament movement? It’s easy – and still important – to say that the money we spend on nuclear weapons could be spent on preventing climate change, but there must be more than that.

For us in the peace movement, it can be hard sometimes to see that climate change is already a reality today, it’s not just about what might happen two generations from now. We’re already seeing the impact of climate change in more frequent heatwaves, droughts, floods and storms.

In This Changes Everything: Capitalism vs the Climate, Naomi Klein describes some of the impacts the fossil fuel industry is already imposing on natural environments, on indigenous peoples, on all sorts of people, all around the world.

She praises the ‘One Million Climate Jobs’ plan drawn up by trade unionists and environmental campaigners in Britain for massive government investment over 20 years to move Britain towards a low-carbon economy (see p9).

The campaign invokes the idea of a ‘Just Transition’ to a low-carbon economy. In 2008, the Trade Union Congress defined a ‘Just Transition’ as one that wins public support for desperately-needed environmental policies by ensuring ‘a fair distribution of the costs and benefits of those policies across the economy’, and by involving those affected by the changes in making the plans.

The TUC emphasised that ‘Just Transition measures are needed to ensure that job loss as a result of environmental transition is minimised and that change within sectors does not occur at the expense of decent work and decent terms and conditions’.

They also pointed out that a ‘Just Transition strategy is also required to ensure that environmental initiatives not necessarily related to employment – for example, green taxes – do not impact on lower income groups’.

There are moral responsibilities here, and also strategic issues. If this kind of provision is not made for workers in high-carbon industries, they are likely to resist the transition to a low-carbon economy.

There’s a connection here to something that’s important for the nuclear disarmament movement. There are moral issues and strategic questions around the effect on jobs if the British government decides not to replace Trident with a similar submarine-launched ballistic missile system. This ‘Main Gate’ decision is scheduled to be made in 2016, but may come this year.

The Nuclear Education Trust review of alternatives for Barrow-in-Furness, where nearly 5,000 people are employed building Britain’s military submarines, had a relevant recommendation:

‘In the event of a decision to proceed with an option other than a like for like replacement and which means a step down in employment, the Government must provide immediate, sustained and considerable support, which should include for instance regeneration funding at the level of £100 million for every 1,000 jobs lost to the local economy.’

The major thinker on the conversion of military industry to civilian production was Seymour Melman of Columbia University, New York. Melman once observed that the US had an arms control and disarmament agency in Washington that did not include ‘one single person directed to think about problems of how to formulate, negotiate, or implement a reversal of an arms race’. He added:

Melman emphasised the need to empower working people in the process of conversion. The legislation that he supported laid down that, in every military factory, laboratory or base employing at least 100 people, an ‘Alternative Use Committee’ should be set up of at least eight people, ‘with equal representation of the facility’s management and labor’.

Melman wrote: ‘The firsthand knowledge of defense establishment employees is essential for conversion. Thus, conversion must be done locally; no remote central office can possess the necessary knowledge of people, facilities, and surroundings.’

So there would be national legislation supporting economic conversion planning, and there would be decentralised action at military facilities themselves. There is a parallel here with German renewable energy, that Naomi Klein invokes in This Changes Everything:

‘The solution is most emphatically not energy nationalization on existing models. The big publicly owned oil companies... are just as voracious in pursuing high-end pools of carbon as their private sector counterparts.... A better model would be a new kind of utility – run democratically, by the communities that use them, as co-ops.... The transition [to renewable power in Germany] has occurred, first of all, within the context of a sweeping, national feed-in tariff program that includes a mix of incentives designed to ensure that anyone who wants to get into renewable power generation can do so.... This has encouraged small, noncorporate players to become renewable energy providers – farms, municipalities, and hundreds of newly formed co-ops. That has decentralized not just electrical power, but also political power and wealth.’

“Germany has decentralised not just electrical power, but also political power and wealth”

The German renewable energy revolution created nearly 400,000 jobs as the share of renewable power in electricity generation went from 6 percent in 2000 to nearly 25 percent in 2013.

Another aspect of Melman’s work that might be relevant to climate policy is that his favoured conversion legislation also created ‘a national commission directed to encourage capital investment planning by cities, counties, states and the federal government in all areas of infrastructure – the network of facilities and services that are the underpinnings of a modern industrial society’.

Returning to the question of Barrow, a 2010 report by the Campaign for Nuclear Disarmament, ‘Trident, jobs – and the UK economy’, pointed out that Barrow has exactly the specialised skills needed to make turbines for marine and wind energy. In fact, this crossover was identified by a group of trade unionists who formed the Barrow Alternative Employment Committee (BAEC) – in 1987!

Like the Lucas Aerospace Plan, a conversion plan also drawn up by workers, the BAEC report was ‘a new-style exercise in workplace democracy’ – threatening to established trade unions as well as to management.

Cancelling Trident replacement becomes politically more possible if workers in places like Barrow are offered the opportunity to use their skills in saving the planet rather than destroying it.

If they are offered employment, training and wage guarantees in a National Climate Service, as proposed under the One Million Climate Jobs plan, even better.

If they are included in the planning process for conversion of laboratories, bases and factories, that makes it even easier to make the transition.

We have to find ways to weave together disarmament, climate stability, workers’ rights, and more democracy in the workings of the economy, if we’re to cross the Just Transitions to a safer world.

This is an edited extract from the PN pamphlet, On Common Ground: an open letter from the radical peace movement to the radical climate change movement, by Milan Rai.