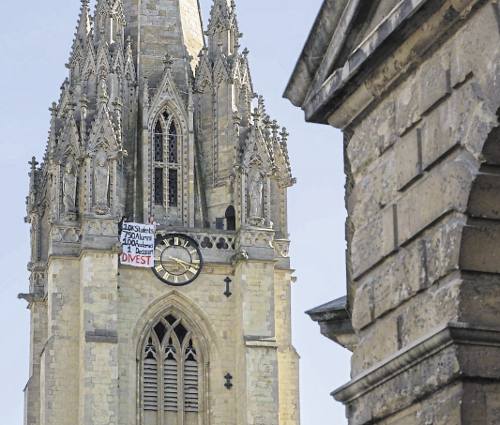 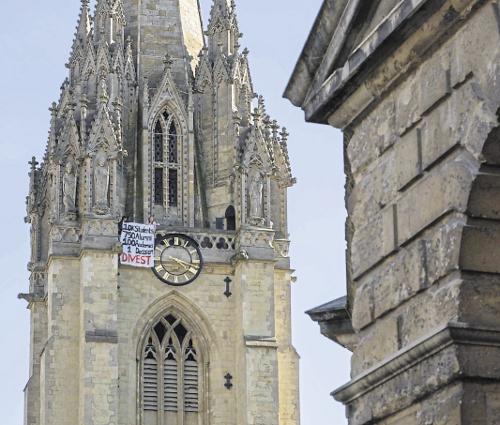 To halt climate change we need drastic cuts in the amount of carbon dioxide and other greenhouse gases we put into the air. That means leaving most of the existing reserves of high carbon fuels – coal, oil and gas – in the ground. There are thousands of things we need to do to make that a reality. But three of them will make most of the difference.

We have people who need jobs, and jobs that must be done. So we want the government to hire a million people to do new climate jobs now in an integrated National Climate Service.

Our estimate is that those workers could cut our CO2 emissions by 86 percent in 20 years. We can also create another half a million jobs in the supply line.

And we can guarantee a new job to anyone who loses their job because of these changes. Our booklet, One Million Climate Jobs, explains how we can do all of this, and why we must.

‘Climate jobs’ are not the same as ‘green jobs’. Some green jobs help the climate, but ‘green jobs’ can mean anything – park rangers, bird wardens, pollution control, or refuse workers. All these jobs are necessary, but they do not stop climate change.

Climate jobs are jobs that lead directly to cuts in emissions of greenhouse gases, and so slow down climate change. For instance, workers who build wind farms replace power stations that burn coal or oil. Workers who insulate buildings reduce the oil and gas we burn. Bus drivers reduce the amount of oil we burn in cars.

Government climate jobs are a new idea. Up to now government policy under all parties has been to use tax breaks and subsidies to encourage private industry to invest in renewable energy. That is much too slow. We want something much more like the way the government used to run the National Health Service. In effect, the government would set up a National Climate Service and employ staff to do the work that needs to be done.

Government policy has also been to give people grants and loans to insulate and refit their houses. Instead, we want to send teams of construction workers to renovate all homes, street by street. And we want the government to construct wind farms, build railways, and put buses on the streets.

Direct government employment will mean secure, flexible, permanent jobs. Workers with new climate jobs won’t necessarily do the same job for life – they will be retrained as new kinds of work are needed. And the jobs can be safe and decently paid.

But some people will lose their jobs. They must be protected. Anyone who loses a job in an old high-carbon sector like mining, oil, power stations or car sales must be guaranteed a permanent job in the National Climate Service at the same rate of pay. In our booklet, we explain how this could be done in different industries.

Moreover, a million new jobs can help to get the economy moving again. There will not just be the jobs in the Climate Service – there will be more workers in the supply line. And all those workers will be buying more goods, which will create more jobs. In all, a million climate jobs will take at least one and a half million people out of unemployment.

The total number of jobs created directly will be:

There are another 100 Mt of CO2 equivalent from other greenhouse gases. We estimate we can cut these to the equivalent of 32 Mt. That gives us total cuts, measured in CO2 equivalents, of (before cut / after cut):

That’s a total cut of 83 percent in all greenhouse gas emissions over 20 years.

This is an excerpt from One Million Climate Jobs: Tackling the Environmental and Economic Crises (2014), published by the Campaign against Climate Change Trade Union Group. There’s a national conference in Sheffield on 19 September. To download the booklet, and find out more about the conference:
www.climate-change-jobs.org