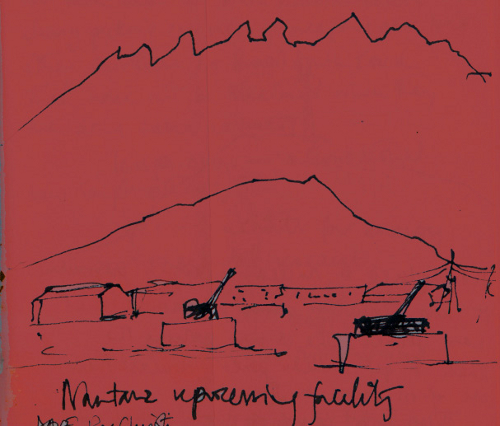 Iranian offers which have been erased from history

The real story of the Iran nuclear deal is that, after over a decade of denial, the United States finally gave up on its attempt to stop Iran enriching uranium. This isn’t how the mainstream media in the Global North portrayed the agreement, but it’s the heart of the matter.

We can see this clearly if we look back at the history of Iranian offers and US rejections over the last 13 years. The US could have had a deal in 2005 that was at least as good as this latest agreement, if it had not been determined to humiliate Iran.

The Iranian nuclear crisis began after construction for a secret uranium enrichment facility in Natanz was exposed in August 2002.

The secrecy was perfectly legal and understandable. Iran was not under an obligation to declare its nuclear facilities until 180 days before it introduced nuclear materials into them (which hadn’t happened), and it had every right to fear an Israeli strike of the kind that destroyed the Osirak reactor in Iraq in 1981.

Nevertheless, the secrecy around Natanz was portrayed as evidence of an Iranian drive to acquire a nuclear bomb, and pressure mounted on the Iranian government.

The following year, in April 2003, Iran sent a detailed peace proposal to the US state department via Switzerland. Flynt Leverett, then a senior director on the US national security council, saw the document, and later described it as ‘a serious effort, a respectable effort to lay out a comprehensive agenda for US-Iranian rapprochement’.

In return, the Islamic Republic was willing to concede aggressive inspection rights for the IAEA, ‘decisive action’ against terrorists, coordination of policy in Iraq, the end of ‘material support’ for Hamas and Islamic Jihad, the conversion of Lebanon’s Hezbollah into a purely political organisation, and acceptance of the Saudi initiative for a two-state solution in the Israeli-Palestinian conflict.

To emphasise: among other things, Iran was offering to officially accept the existence of Israel.

The response from Washington? A formal note to the Swiss ambassador expressing displeasure at his having forwarded such a document. The US refused even to acknowledge the Iranian offer.

Later in 2003, the European Union began negotiations with Iran over its nuclear programme, indicating that it accepted in principle Iran’s right to peaceful enrichment of uranium for its planned domestic nuclear power industry – a right recognised in the 1968 Nuclear Non-Proliferation Treaty. Actually, the EU was being deceitful.

On 23 March 2005, the Iran negotiating team, led by Javad Zarif, made a dramatic proposal. (Zarif is now foreign minister and was the lead Iranian negotiator in the latest talks.) Iran’s religious leaders would repudiate nuclear weapons. Iran would accept restrictions on the size and output of the enrichment programme. There would be strict inspection and monitoring rights for the international atomic energy agency (IAEA), even in non-declared sites.

At this point, Iran had not enriched a single kilogram of uranium.

One European diplomat present later talked to Peter Oborne and David Morrison, authors of A Dangerous Delusion: Why the West is Wrong about Iran. The diplomat told them: ‘We realised that what we had just heard was a valid and coherent proposal that was in full conformity with relevant international treaty provisions.’

Nevertheless, the Europeans merely asked for time to consult with their governments... and the offer was never formally responded to.

One of those present, Bernard Jenkins, the UK’s permanent representative at the IAEA, was ‘impressed’ by the offer, but not optimistic. He later described his thinking to Gareth Porter, author of Manufactured Crisis: The Untold Story of the Iran Nuclear Scare. ‘I knew in my heart of hearts that this was a waste of time – that it would not fly,’ Jenkins said. ‘The British objective was to eliminate entirely Iran’s enrichment capability.’

Jenkins explained further: ‘I don’t think we realized fully in March 2005 that Iran was not prepared to give up enrichment as the price of a settlement. We believed that if we could come up with sufficient incentives and scare Iran with the threat of referral to the [UN] Security Council, they would give in.’

One way of describing what has happened is that the US, Britain and the other great powers finally realised that sanctions and threats would not budge Iran from enriching uranium as it is legally entitled to do, and they were not prepared to start the war that would be needed to achieve this objective.

In the March 2005 proposal, Iran offered to convert all low-enriched uranium (LEU) immediately into fuel rods for power reactors, preventing further enrichment to weapons-grade uranium. This would have meant a zero-kilogram stockpile of LEU. In July 2015, the US agreed to Iran retaining a 300kg stockpile of LEU.

The lead Iranian negotiator in 2005, Seyed Hossein Mousavian, wrote in a 2012 memoir that both British and French officials told him that the reason the offer could not be taken up was: ‘Washington would never tolerate the operation of even one centrifuge in Iran.’ (This quote comes from John Sawers, then director general for political affairs at the British foreign office – later head of MI6.)

In 2010, the US rejected a major confidence-building offer from Iran because president Barack Obama could not accept the idea of Iran continuing uranium enrichment. In 2015, Obama agreed a nuclear deal with Iran that did accept Iran’s right to uranium enrichment.

So why did the US and Britain reject the 2010 offer? The evidence is clear: the US didn’t want to build mutual confidence, lower proliferation risks and reduce regional tensions. They wanted to humiliate Iran.

In October 2009, the outgoing head of the international atomic energy agency (IAEA), Mohamed ElBaradei, proposed that Iran exchange 1,200kg of low-enriched uranium (LEU) for fuel rods for the Tehran Research Reactor. The TRR, a medical facility supplied by the US in 1967, produces medical isotopes used in diagnosing cancer.

The LEU stockpile was worrying because it could potentially be enriched to weapons grade; reducing the stockpile by 1,200kg reduced the risks.

A White House official told the New York Times (21 October) the TRR offer was ‘intended to explore the proposition of whether Iran really wants to negotiate its way out of this problem’.

Iran refused to accept the deal because of several conditions that it regarded as humiliating, including the demand that the swap take place outside of Iran.

In early 2010, Brazil and Turkey approached the Obama administration, asking permission to try again with the TRR fuel swap idea. In a letter to Brazil and Turkey on 20 April, Obama said the IAEA fuel swap was ‘crafted to be fair and balanced’, and ‘a clear and tangible opportunity to begin to build mutual trust and confidence’. It would also ‘reduce regional tensions by substantially reducing Iran’s LEU stockpile’.

However, when Turkey and Brazil persuaded Iran to accept the IAEA TRR fuel swap proposal on 17 May, Obama rejected and poured scorn on the new deal – on the grounds that it did not involve the suspension of uranium enrichment by Iran. He had made no such demand in his 20 April letter (which Brazil released online).

Instead of accepting the deal or negotiating to improve it, Obama pushed (successfully) for new UN sanctions on Iran. Mohamed ElBaradei, architect of the TRR fuel swap proposal, told a Brazilian newspaper, Jornal do Brasil, ‘to say that we are going to apply sanctions nonetheless despite this deal, I think would be completely counterproductive. It’s always to me like not accepting yes for an answer.’