Kari Polanyi Levitt, From the Great Transformation to the Great Financialization 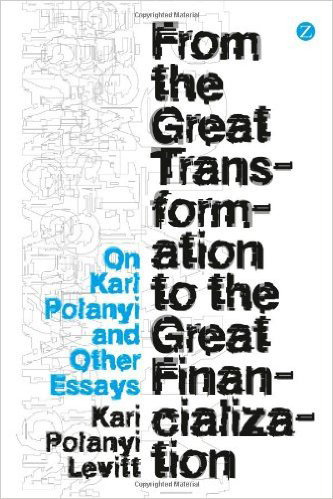 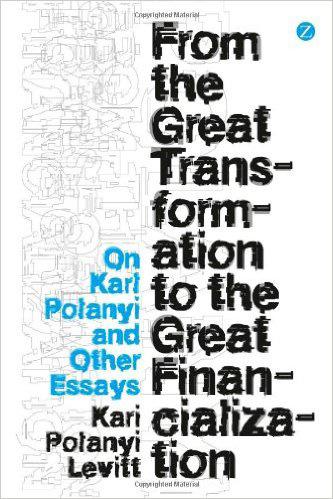 Karl Polanyi’s The Great Transformation was one of the most significant economics books of the 20th century.

Polanyi was an Austrian-born historian and economist who mixed in Viennese intellectual circles with the founders of neoliberalism, Ludvig von Mises and Fredrich Hayek. But Polanyi was a lifelong critic of his neoliberal contemporaries and, in The Great Transformation, he sought to show how markets are neither natural nor inevitable, but instead have been consciously created, with rules to suit and enrich their creators.

Polanyi is therefore considered a prophet by many who seek an alternative to the determinism and materialism of both Marxism and neo-liberalism.

Polanyi’s daughter, Kari Levitt, is a formidable economist in her own right. In this book she explains and updates her father’s work, explaining how the modern economy is no longer based on producing goods and human services, but on trading financial products and services. In doing so she explains how this ‘financialisation’ of the economy led to the 2008 crash, how it continues to shift wealth and power towards the oligarchs of our western economies, and the manner in which it has subverted democracy.

This isn’t always an easy read, but it’s always a rewarding read. The first nine chapters focus on her father’s ground-breaking ideas, the next two on analysing world events in the context of neoliberalism and his theories, and the last chapter is about Kari Levitt’s own contributions.

Father and daughter were both original thinkers, providing rich insights into the workings of the economy and those who make themselves the masters of it. Anyone seeking social justice can therefore benefit from reading this book.