Hubert Krivine, The Earth: From Myths to Knowledge 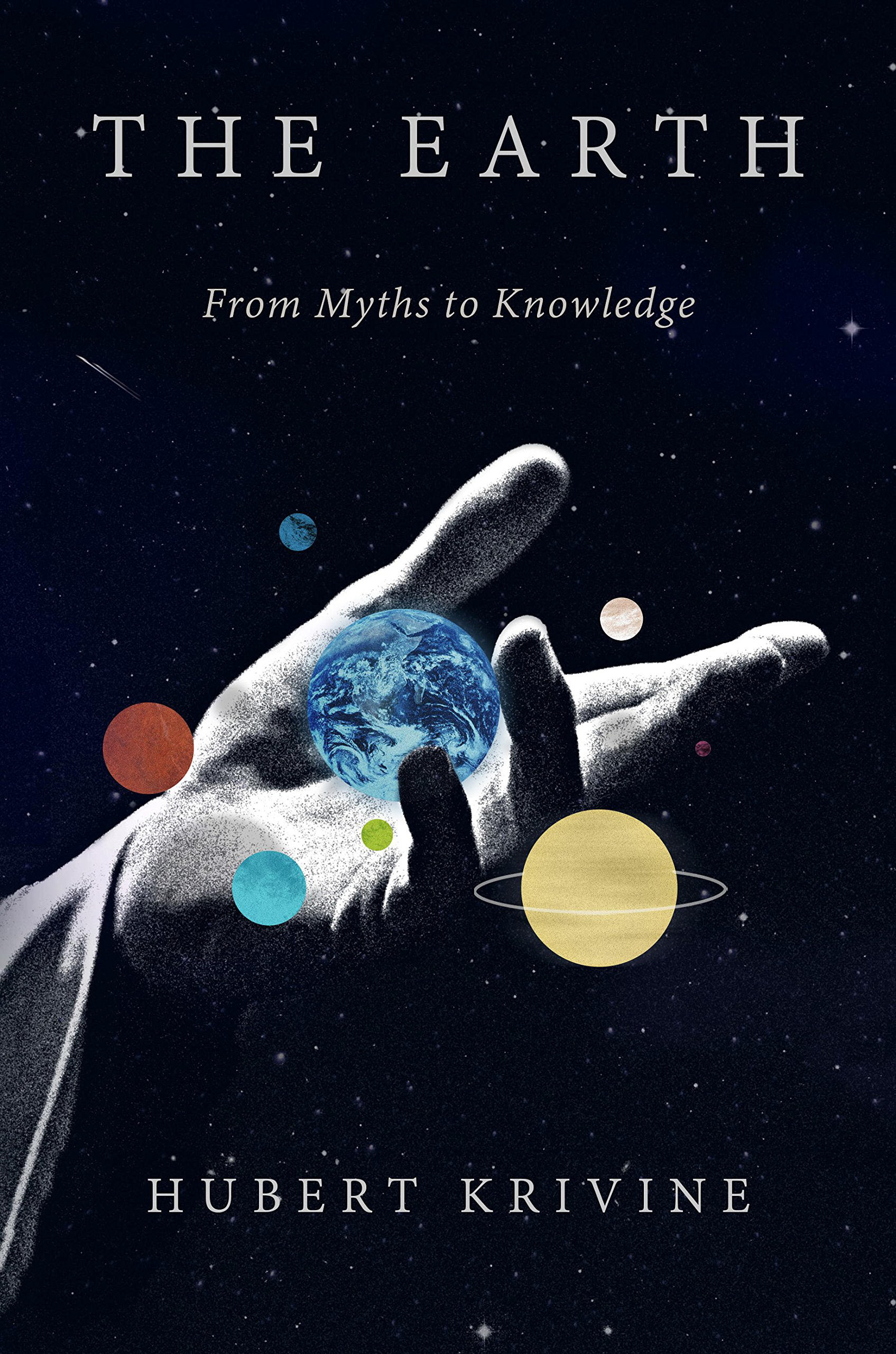 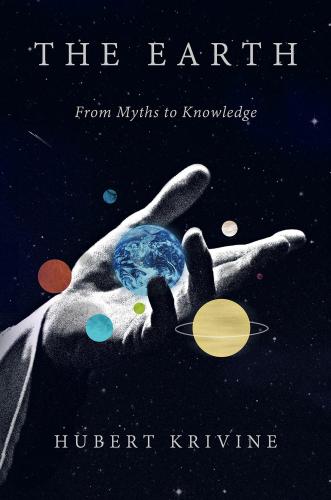 In A Study in Scarlet, Dr Watson is famously scandalised by Sherlock Holmes’ lack of basic astronomical knowledge, writing: ‘That any civilized human being in this nineteenth century should not be aware that the earth travelled round the sun appeared to me to be such an extraordinary fact that I could hardly realize it.’

Over 125 years later, there are still plenty of people who share Holmes’ ignorance. Indeed, a 2012 poll found that just over a quarter of US residents thought that the sun goes around the earth and – lest you start feeling too smug about that – a 2005 EU poll found 34% of respondents believed this!

According to modern science, the earth is roughly 4.55 billion years old and moves around the sun at an average speed of something like 66,000 mph. If you’re standing on the equator then you’re also rotating around the earth’s axis at a speed of roughly 1,000 mph. It’s well worth pausing to reflect how you – or anyone else for that matter – might try to justify these extraordinary claims.

Fortunately, English-speakers now have Hubert Krivine’s ‘history of ideas’ to help them.

This sounds profound, and probably is. Nonetheless, pre-modern people had good reasons – rooted in both observation, and plausible (if incorrect) theories about motion – to believe in a static earth.

For example, the ancients realised that if the earth were making an annual voyage around the sun then the stars should appear to move relative to one another over the course of the year (so-called ‘stellar parallax’) – and they were unable to detect any such change.

Likewise, the sixth-century Indian astronomer Varahamihira argued, wrongly but not unreasonably, that if the Earth moved ‘a bird would not return to its nest, as it would be swept to the west’.

In fact, as Krivine explains, because of the rotation of the earth and Newton’s first law, a ball dropped from a height actually lands somewhat to the east of its inital position. In 1831, Ferdinand Reich verified this, dropping an object down a 158m mine shaft and measuring the 2.83cm eastward drift. Theory had predicted a shift of 2.75cm!

Heliocentrism (the claim that the earth moves round the sun) was long resisted on both scientific and religious grounds, but eventually the evidence became overwhelming.

In 1600, the Catholic church had Giordano Bruno burned to death for (among other things) denying that the earth was the centre of the universe, and later threatened Galileo with torture for advocating heliocentrism. However, in 1741, it finally gave its imprimatur to the first edition of Galileo’s collected works. The straw that had broken the camel’s back was the discovery of ‘stellar aberration’: an apparent motion of the stars as seen from the earth, caused by the latter’s changing velocity relative to the stars and the fact that the speed of light is finite.

Since then, as Krivine explains, the church appears to have been more concerned with rehabilitating itself than in learning from its horrendous behaviour. For example, pretending that the issue had been one of scientific disagreement – with the church in the right, at the time – and canonising cardinal Bellarmine, the inquisitor responsible for Bruno’s immolation, in 1930.

Throughout the book, we are treated to a dazzling display of humanity’s intellectual capacities. Witness Aristarchus, in the third century BCE (!), using the geometry of a half-lit moon to estimate the distance between the earth and the sun, or the 17th-century Danish astronomer Ole Christensen Rømer using variations in the measurement of the period of Jupiter’s moon Io to estimate the speed of light.

A brief section also highlights the truly global nature of this multi-millenial endeavour. Thus, the Babylonians ‘developed theories of the movement of the Moon and planets of as good quality as their Greek colleagues’, but using arithmetic regularities of singular events rather than geometrical constructions; the Chinese observed and noted spots on the Sun 15 centuries before Galileo; the Indian Âryabhata (CE 476 – 550) proposed a model of Earth’s diurnal rotation; while Arab astronomers made important criticisms of ancient astronomy – criticisms that were known to Copernicus – and constructed their own model of the solar system ‘which gave perfect agreement with all the then known [CE circa 1000] data on the movement of the planets’.

The age of the earth receives comparatively less attention, though the story is equally compelling. For example, in the 17th century, a Jesuit missionary to China returned with an apparently well-established chronology of dynasties stretching back 600 years before the flood – an event which it also failed to mention. The pope was forced to claim that the Chinese had fiddled the figures (as it happened, he was right), but the affair still helped to stoke doubts about the bible’s own historical fantasies.

While not flawless – more explanation was certainly necessary in places, and the translation made me raise an eyebrow once or twice (surely everyone knows that Darwin didn’t write a book called The Evolution of Species?) – this is an excellent book.

‘What the deuce is it to me?’, the astronomically-challenged Holmes retorted, asserting that if the earth went round the moon it would not make ‘a pennyworth of difference’ to him or to his work. Thinking along similar lines, you may be wondering why one of the UK’s leading radical publishers has decided to publish this translation, and also why you should bother to read it.

In the foreword, Tariq Ali describes Krivine’s work as ‘an important intervention that could greatly benefit young Muslims everywhere and help transcend both the bombs and the drones from the sky as well as the obscurantist responses from below’. Whatever the merits of this claim, the struggle to break free of fundamentalist scriptural interpretation is certainly an important strand in the book.

The various postmodernist attacks on science are its other intellectual target, and Krivine’s case studies helpfully dramatise why the findings of science – which is, after all, just honed common sense – are neither arbitrary nor ‘just another story’ about the world.

So it’s true that you can continue to deny that the earth moves if you wish, but you are then left to invent separate ad hoc explanations for such diverse phenomena as the nightly motion of the stars, the apparent rotation of a Foucault pendulum, and the eastward drift of falling objects. In reality, all have a simple, unified explanation: that the earth is rotating.

As the US philosopher Philip Kitcher has remarked, the postmodern critics of science – who, like their unlikely bedfellows the fundamentalists, are politically as well as intellectually pernicious – have taken trivialities from the philosophy of science (like the fact that there is always more than one way to provide an explanation for any set of phenomena) and used these to attack entities they don’t like (like DNA and solar neutrinos) while proceeding ‘to talk quite casually and commonsensically about things they do like (people, societies, human motives)’. ‘There is a name for this kind of inconsistency’, Kitcher notes: ‘it is privileging’.

According to these critics, there are no objective reasons for preferring Newton’s (or Einstein’s) picture of the solar system to that of the ancient Greek Xenophanes, who believed that a new sun rises in the east each day. And if you believe that then you’ll literally believe anything.

But, in addition to these correctives, there is another important reason why you should read this book. The story of how we’ve come to understand our position (and motion!) in the universe concerns one of our greatest cultural achievements. Not to have engaged with it is to miss out on an experience no less enriching than the plays of Shakespeare or the music of Bach. And why would you want to do a thing like that?