Palestine: resignation, solidarity and the great chain of nonviolence 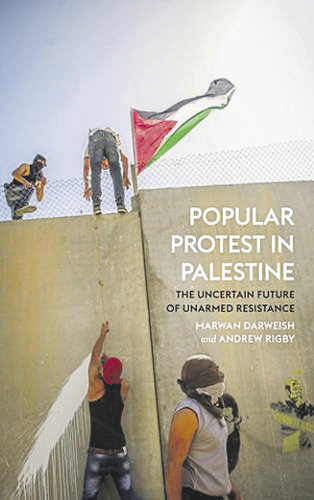 Extracts from the new book, Popular Protest in Palestine, an important study of popular unarmed resistance to the Israeli occupation since the second intifada 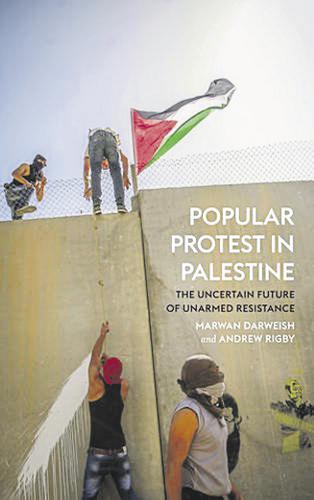 As one member of a popular committee in Silwan [on the outskirts of Jerusalem] observed: ‘A major challenge is the coordination of nonviolent activities. Some focus on the [Israeli Separation] Wall, others on checkpoints and others on settlements. There is no coordination like there was in the first intifada.’

Underpinning the different challenges organisers identified as obstacles was what many observed to be a pervasive lack of trust in leadership at any level, including village-level leaders of popular resistance. As one activist observed:

‘People believe that in this struggle against settlements and the Wall there are certain people who are benefiting. They are running a shop rather than a movement.… They make connections, get trips abroad, funds for projects.… People are saying: “I will not be a stepping-stone for people to climb upwards where I pay the price of participation and the leadership benefit and gather the fruits.”’

This cynicism about the motives of activists taking local leadership roles helped explain a core weakness of the popular resistance – the low rates of participation.

As one activist from one of the villages directly affected by the Wall dividing the villagers from their fields explained: ‘Our big concern is that the Wall has become a reality and is becoming an accepted part of reality. The Wall is becoming the de facto border. There are feelings of defeat – all this struggle and nothing achieved … What more can we do?’

This experience of having participated in the resistance against the Wall – and having suffered as a consequence of their involvement through arrests, fines and other sanctions – was one of the contributory factors to the emergence of undoubtedly the biggest challenge faced by those seeking to mobilise Palestinians in a large-scale and sustainable movement of popular resistance: the widespread sense of resignation and weakening of hope amongst so many Palestinians in all sectors of society.

Perhaps the most significant feature of the post-second intifada period of popular resistance has been the increased involvement of ‘internationals’ as accompaniers, co-participants in actions, and as ‘activist-tourists’ expressing their solidarity through their presence. The significance of these overseas activists has been threefold:

One outcome of this trend has been an expansion of the international grassroots movement of solidarity with the Palestinian struggle. This loose ‘movement of movements’ has been one of the prime vehicles for implementing a Palestinian initiative that emerged out of a meeting of Palestinian civil society organisations in July 2005 – the call for a worldwide boycott, divestment and sanctions (BDS) campaign against Israel.

What we are witnessing with the emergence of a worldwide movement of solidarity with Palestinians in their unarmed struggle against occupation is a new phase of Palestinian resistance, where the struggle is taking place at the ideological, economic and diplomatic level. It is one in which Israeli military might, its capacity to wield the weapons of violence with apparent impunity, only serves to weaken its claim to legitimacy.

Increasing numbers of people around the world seem to have come to the realisation that the continued Israeli occupation of Palestinian lands, the blockade of the citizens of the Gaza Strip and the repeated ‘slaughter of the innocents’ that takes place in the regular wars waged against the Gaza Strip constitute gross and unacceptable violations of basic human rights about which ‘something must be done’.

During the 2014 war on Gaza (Operation Protective Edge), local and national demonstrations were organised around the world to protest against the war and the civilian death toll. In the UK, there were national and local demonstrations, and on 13 October 2014, the house of commons debated the recognition of Palestine as a state alongside Israel. A majority of those members present voted for the motion, which was carried. This was a significant indicator of the manner in which Israel has started to lose its standing and status internationally as a direct result of its ongoing abuse of international and humanitarian law and its refusal to engage in serious and substantive negotiations for a sustainable peace.

As our analysis has shown, Palestinians on their own lack the leverage power to cause the Israelis to change their stance. But we have now moved into an age where transnational social movements do exercise an influence on publics around the world and hence upon political leaders and decision makers. Within this scenario the popular resistance within the occupied Palestinian territories takes on a particular significance.

As protesters continue to play the part of a brave people struggling for their basic human rights by unarmed means against an illegitimate and violent occupation, so they can widen their support base internationally.

However weak the actions of Palestinian activists might appear in terms of direct leverage on Israeli publics and decision makers, it is through their persistent and unarmed resistance that they can continue to shame the Israeli regime in the eyes of sympathetic constituencies around the world – links in the great chain of nonviolence – who can in turn exercise pressure on their own governments and institutions to take action.