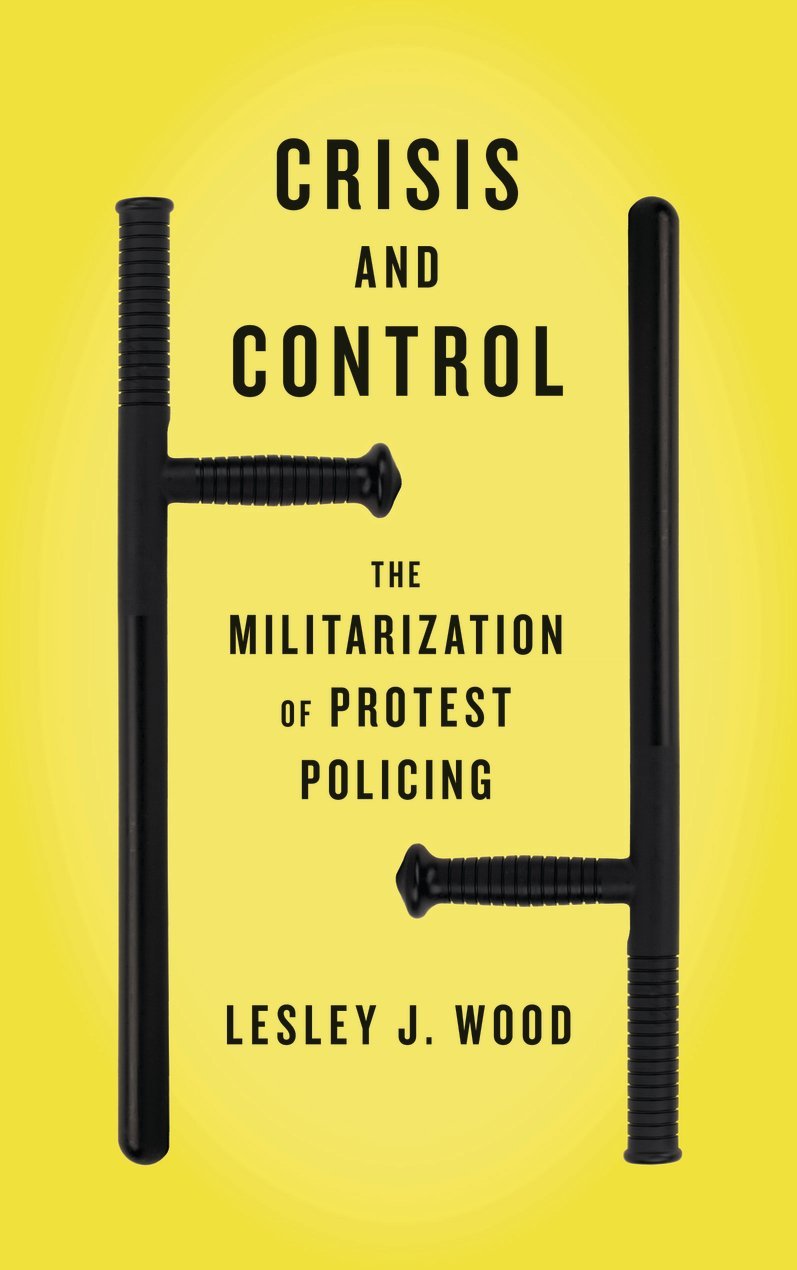 When joining a protest, I have always assumed that, so long as I remain calm and peaceful, the police will protect me. In this book, Lesley J Wood provides some interesting and lively insights into the ways in which protest policing varies across time and place, from city to city, according to history and tradition, while at the same time following global trends.

Wood argues that ‘less lethal weapons’ and intelligence-led policing are symptoms of an increased militarisation of the police. ‘Less lethal weapons’ such as pepper spray and Tasers (paralysing electroshock weapons) were first introduced after the murder of Rodney King as an alternative to firearms, but are now used for policing mass protests.

Meanwhile, intelligence-led policing leads to pre-emptive arrests, where activists are identified and banned from a protest site in advance, curtailing their right to freedom of expression.

Wood explores the explanations for this increase, such as the use of target-setting, the introduction of new management styles, the influence of ex-military consultants, and the commercial promotion of equipment such as Tasers.

However the prevalence of these factors is explained by the trend for police to see themselves as under threat. In a chapter enticingly-labelled ‘Urine-filled Supersoakers’, Wood illustrates how the lazy use of intelligence; particular aspects of police cultures that are macho, conservative, and isolated; and a belief in the ‘thin blue line’, have led to the police perceiving themselves as being under threat from hostile protesters.

This is an important academic study that will help activists to achieve a critical perspective on recent developments in police intervention.

While accounts of protests in the US and Canada may differ significantly from those in the UK, they still raise significant questions about the latter. In particular, why, when even mass protests are mostly peaceful, do the police feel compelled towards the use of violence?

Apart from the press and passers-by, the police will be the first people who I will have to engage with during a protest. It is therefore vitally important that I am not deterred from protesting by their presence or behaviour.

As a peace activist, committed to nonviolence, I want to challenge and resist the militarisation of our society. A valuable, well-informed resource, this book will help me do this by providing deeper understanding of the police as a complex institution subject to outside and internal pressures, and by reinforcing the need for dialogue between protesters and the police.

All participants in an action need to plan what to say to the police, and not be intimidated.