Jeremy Scahill, Dirty Wars: The World as a Battlefield 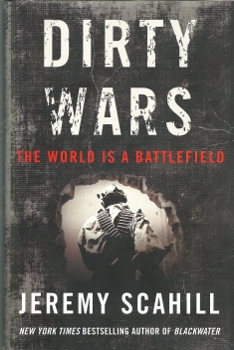 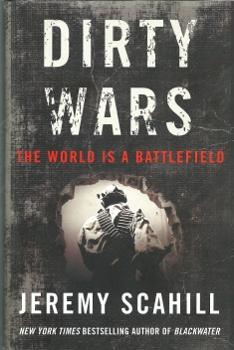 This book offers important insights into US covert military operations over the past decade. While US drone strikes tend to get the headlines, behind the scenes – and perhaps even more lethal – is the work of the Joint Special Operations Command (JSOC) on which much of this book is focused.

In the first 100 pages, Scahill traces the rise of the neocon movement back to Watergate, and then shows how the neocons, through US defense secretary Donald Rumsfeld, worked to take covert operations out of the hands of the CIA and into the hands of the more secretive JSOC. Rumsfeld and former US vice-president Dick Cheney saw the CIA as too rule-bound and wanted a paramilitary unit – directly under their authority – in charge of covert operations.

Scahill quotes a senior counterterrorism official: ‘The civilian ideologues were put into the Pentagon and… came up with “Tom Clancy Combat Concepts.” They… started reading these books and magazines and started thinking: “We’re going to be hard, we’re going to do these things, we’re going to go out and start popping people on the streets and we’re going to start renditioning people.” The decision makers were almost childlike in wanting to do high, Dungeons and Dragons, you know, dagger and intrigue all the time.’

The book goes on to trace in great detail the awful impact of these ‘Tom Clancy Combat Concepts’ on the people of Afghanistan, Yemen, Pakistan, Somalia and elsewhere; from the targeted killings, to the vicious and seemingly-arbitrary night raids, to hundreds of remotely-controlled drone strikes.

Scahill also examines the life and death (in a US drone strike – the third that targeted him) of the Yemeni-American imam, Anwar al-Awlaki. Again and again, Scahill returns to the story, bringing much fresh information to this important case. It is likely however that still more information about his death is yet to surface.

Although Rumsfeld is long gone, and president Republican Oil Man has been replaced by president Democratic Constitutional Lawyer, JSOC and its shadowy dirty wars continue.

Jeremy Scahill’s book – and film of the same name – does much to drag them into the light and for that we should be grateful.