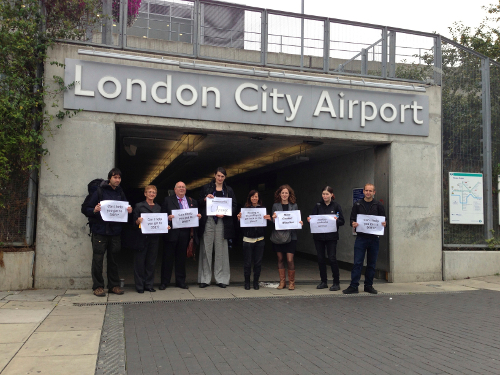 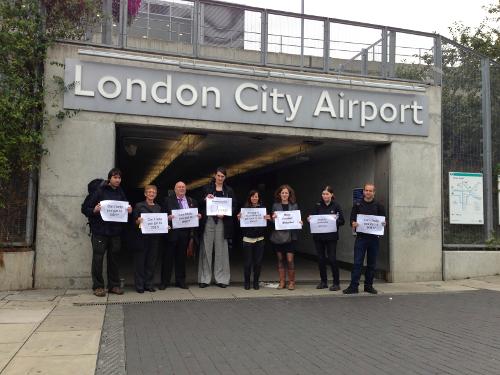 On 10 September, Stop The Arms Fair activists greeted arms dealers arriving at London city airport for the defence and security equipment international arms fair. DSEi was held from 10-13 September at the ExCeL centre in east London. Forced to stand outside the airport, campaigners were allowed to remain on the property as arms dealers left the airport in search of taxis. Several DSEi participants approached Jessie Normanschild, one of the activists holding a ‘Can I help you get to DSEI?’ sign, who gave them directions to Olympia, on the opposite side of London to the ExCeL centre. When the activists left the airport around 10am, police officers barred them from DLR trains. Other DSEi actions included a four-hour blockade of one entrance and a Critical Mass bike ride on 8 September; a protest outside parliament and a sit-in at the entrance to the arms dealers’ end-of-DSEi dinner on on 12 September; and a vigil outside business minister Vince Cable MP’s constituency office on 13 September.