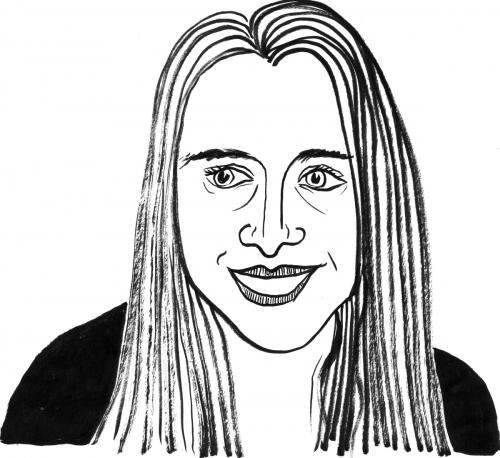 I took part in an exercise recently. I was told to imagine that I had come from the future, in fact seven generations or 200 years into the future. All we knew about this future world is that the systems on Earth are life-sustaining enough to hold some amount of humanity.

I was to imagine that in the time I lived – the year 2213 – there was a lot of talk about what the world was like back in 2013. The future ones knew that there had been massive change on Earth at that time, and I somehow had the opportunity to travel back in time and meet some people from 2013.

Sitting opposite me, my partner Dave was asked to be himself, as he is, in 2013. I found it easy to slip into pretending I had come from the future, and listened with curiosity as Dave told me what the world of 2013 was like. I was horrified at what I heard. He talked about climate change, resource depletion, war, rampant capitalism, eroding communities.

I looked around the room, and saw many other people from 2013. I was furious at them. How dare they sit around talking while all this destruction was going on? The facilitator had asked all the future beings to remain silent, but at this point I nearly broke the silence to scream at this person opposite me.

I wanted to shake him, to make him see that unless he stops spending his weekends in these wishy-washy workshops and gets on with dismantling all these destructive systems and gets busy creating new ones, then there’d be no chance for me, this person from 2213, to exist, let alone thrive.

I managed to keep silent, however, and moved on to a new partner, Deborah. Deborah told me how she first got involved in work for a life-sustaining world, or in what is sometimes called ‘The Great Turning’.

This is the movement of movements that is made up of each one of us working to dismantle destructive systems and create new ones, and working towards a consciousness shift on both the scientific and spiritual planes. She told me how she used to work in the City in London, and a friend, noticing she was stressed a lot of the time, suggested she started yoga classes.

Through yoga, Deborah told me, she started to listen to herself more, and realised that she no longer wanted to work for a cause that she didn’t believe in. From my future view-point, my heart swelled with gratitude for this woman. It was her willingness to listen to herself and take the leap to change her life that made it more possible for me to exist.

I kept my silence, and moved on to listen to the third person, Jo. Jo spoke of how she manages to keep herself going, to keep struggling. She told me that strong relationships with her partner and friends help her to keep going. Taking breaks and reminding herself why she does this work help her too. Again, as I listened I felt a huge wave of gratitude towards her. I looked around, and this time saw a roomful of caring, dedicated people who choose to spend their time struggling for what they know is right. I felt proud to be among them.

Now it was my turn to speak. I spoke to Jo as if she was representing all three of the speakers. The words came easily, and by now I felt like I was seeing the world through the eyes of Hannah of the future. Tears flowed down my cheeks as I took Jo’s hands and thanked her, from depths of my heart that I rarely access, for finding a way to struggle for what she knew was right in this time of huge turmoil and uncertainty.

I felt immense gratitude that this woman whom I hardly knew, was choosing, day after day, to work for a thriving world. I offered three pieces of advice to her – advice that I now hold very dear. I didn’t plan what to say, it just flowed.

Firstly, I begged her to develop her own personal resilience: to care for her body, mind, heart and soul so she could stay in this struggle. This won’t be an easy ride, and it may get a lot harder. The stronger Jo is, the better equipped she’ll be to support positive change in the midst of uncertainty and chaos.

Secondly, I stressed that being in this struggle must be joyful! This mustn’t be a heavy burden that she carries with guilt. It has to be nourishing in its own right. Jo is part of a flow of life that has survived five mass extinctions, so I wanted her to respect this heritage by enjoying this work.

Finally, I suggested that it really shouldn’t matter to Jo what the world of 2213 looks like. If she commits herself to working for life-sustaining systems today, the distant future holds less relevance.

When I stopped talking, we shared a long hug. I realised I was speaking this advice directly to myself as well as to Jo.

Hannah Lewis is an environmental activist. Next month, our new diarist Clare Cochrane takes over for six issues.