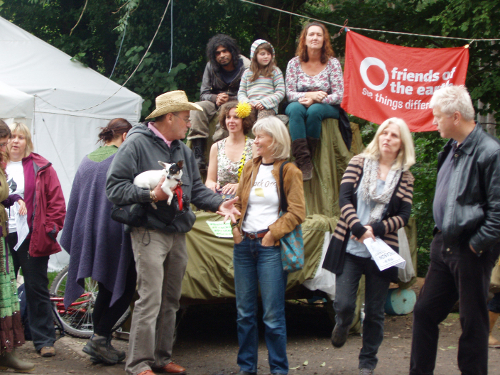 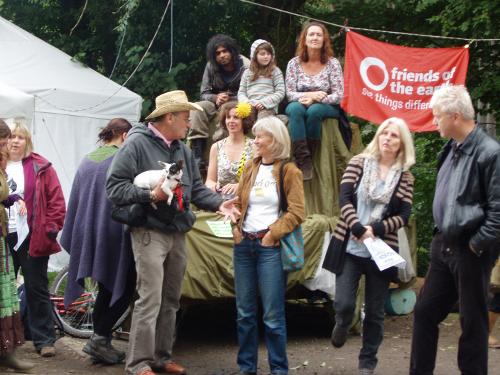 On 16 September, a high court judge adjourned an application by the West Sussex county council to remove anti-fracking protesters from Balcombe after describing it as ‘flawed’.

Justice Beverly Lang said there was a need to consider the protesters’ right to peaceful assembly.

Demonstrators have been camped along London Road since 25 July to protest against energy firm Cuadrilla’s test drilling site.

From 16-21 August, the ‘Reclaim the Power’ action camp brought 500 people to the site for discussions, demos and direct action (see PN 2561).

West Sussex county council said: ‘the reason for taking this action was to maintain road safety on a busy rural road, unlit at night with a 60mph limit.’

John Cooper, the protesters’ barrister, said outside the court that one of the problems for West Sussex was that ‘they didn’t address at all human rights issues.’

West Sussex County Council has until 8 October to re-apply to the high court.

Recently, Cuadrilla announced it had withdrawn an application for an extension to its planning permission for exploratory drilling at Balcombe. A new planning application for the site would be lodged in the near future, the firm said, but not before next year.

Scientific concerns about hydraulic fracturing include the potential contamination of ground water, risks to air quality and the potential migration of gases and fracking chemicals to the surface.

Lucca Rossi is a Brazilian journalist currently working with PN in London.