Kerry Brown and Kalley Wu Tzu Hui, The Trouble with Taiwan: History, the United States and a Rising China 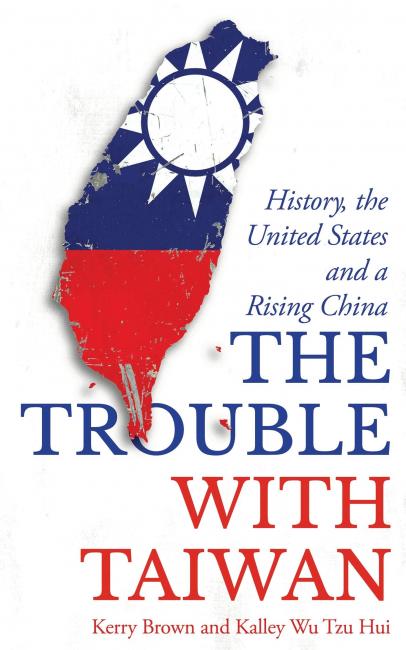 An island nation cowering below its gargantuan big brother China, the Taiwanese have been 'robbed of a fundamental part of their identity'. Its fascinating paradox lies in the fact many Taiwanese consider themselves more Chinese than China itself.

Taiwan was never even meant to be its own independent entity. During the Chinese Civil War (1927 - 1949), Mao's opponent Chiang Kai-Shek was exiled to the South Sea island formerly known as Formosa – the name given to it by the Portuguese. They never expected to stay long, and today's architecture of hastily-built flats reflects this. Yet they remained, and so did the remnants of old China, which were swept away on the mainland during Mao's Cultural Revolution of the late '60s and early '70s.

Today, Taiwan's plentiful temples stand alongside dull, poorly-constructed tower blocks. This is a country of enormous religiosity, sitting strangely with its highly advanced economy and its championing of parliamentary democracy.

The Trouble with Taiwan successfully describes this land of temples and tower blocks, a land that has becomes something of an unwanted child for its first generations, who aspired to be back on the mainland. This, together with the complications caused by Japan's late 19th-century invasion of Formosa, has left many hesitant, even today, to discuss the exact nature of their national identity.

Brown and Wu Tzu-hui outline in rich detail the locals' adherence to democracy, which has remained relatively stable since its establishment in 1996. Democracy is what makes the Taiwanese feel different, something which Hong Kong has been losing a grip on in recent years. One of the four Asian 'tiger economies', Taiwan provides a model for what that might have happened on the mainland if China had embraced both the free market and multi-party democracy.

The book does well to celebrate Taiwan's role in supporting its indigenous population. China, of course, does its utmost to stamp out any such thing in Tibet and with Xinjiang's Uyghur population.

Many reviewers have complained about this book's dry and academic tone. While I would argue that it is mostly accessible, Brown and Wu Tzu-Hui might have injected a little more of the human element, which is what piques the interest of foreign observers. The book does contain certain anecdotes and short interviews which I felt were more illuminating than their exhaustive statistics and accounts of complex histories.

Taiwan is compelling because of the decisions its locals have made in the face of an impossible bind between China and the West. While appearing to make compromises to appease Beijing, the Taiwanese display an unrelenting attachment to their national identity - particularly pineapples! - even if its signifiers may appear vague or arbitrary to the visitor. While economically developed, perhaps it is the inhabitants' startling religiosity that forms a major part of a national self-esteem that often dare not speak its name. From young to old, leaving food offerings for hungry ghosts is both elementary and expected across the country, from the crisp packets in photocopy shops to the shrines outside Ikea bearing Coca Cola cans.

Despite their genuine adherence to free speech, the Taiwanese I have met there are reluctant to express too much in the way of political beliefs. Taiwan is busy losing friends. The sole European state to recognise Taiwan is the Vatican City, with Lithuania suffering enormously for having the cheek to recognise the office of 'Taiwan', instead of Beijing's preference for the utterly-meaningless moniker 'Republic of China'. However, the Taiwanese are taught at birth to bravely look forward to a future of hope, however uncertain. Their favoured stance arguably is to keep both feet firmly planted in Taiwan, all the while looking over their shoulders, the shadow of China ever present.

The book describes how Taiwan is wedged uncomfortably between the US and China's complex relations, desiring neither to upset its supposedly Communist neighbour nor sever links with its US ally. The Taiwanese have always keenly felt the betrayal when President Carter cut formal ties with Taiwan in 1979, and despite diplomatic and logistical support, their relationship with the White House remains ambivalent.

The wider picture is reassuring; Taiwan represents a beacon of democracy in the area, and it follows that any potential attack it suffers also would be an ‘overt, tangible sign of [China's] antagonism, and opposition, to Western values.’ The US's economic link with China will not stop it from defending Taiwan.

Taiwan does not want to be a ‘pawn in the game where either the US or the PRC decide to make it one of the key pieces... making it the passive sufferer in the manoeuvrings of others’. But in order to achieve this it ‘needs to maintain the balancing act it has achieved for many decades.’