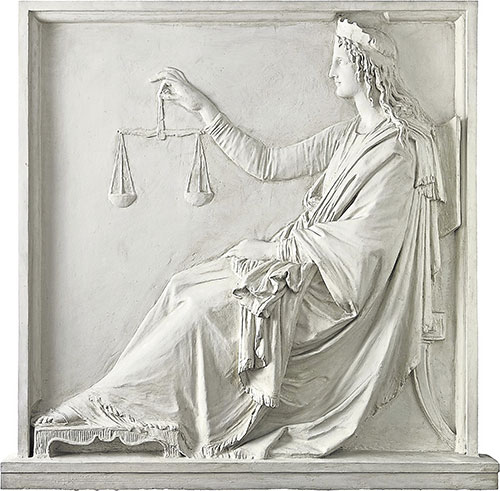 The Secret Barrister, an award-winning anonymous author and blogger, responded sharply: ‘Actually, we undermine the rule of law when politicians cynically attack and misrepresent the verdicts of independent juries in order to fuel their clickbait culture wars.’

As we shall see in a moment, there were actually three different, solid legal arguments that underpinned the Colston Four’s defence, arguments that were accepted by the judge as worth consideration.

Another example of instant, ignorant condemnation came from Conservative MP John Hayes. The former minister told the online version of the Daily Mail: ‘This should have been a straightforward matter for the jury, who were certainly devoid of understanding of the definition of criminal damage – if you damage, destroy or deface property without permission, you are guilty by definition. Clearly, the wrong decision has been made here.’

Quite apart from the fact that the defendants didn’t accept that they had damaged the statue (they pointed out that its value had increased), Hayes didn’t have the right ‘definition’ of criminal damage.

He was ignoring the fact that, even in the Criminal Damage Act 1971, there is an explicit exemption for damaging property if you have a ‘lawful excuse’.

Protecting your own property or the property of others is one of those recognised ‘lawful excuses’.

Another is honestly believing that the owner of the property consents or would consent if they knew the circumstances in which you’re damaging their property.

This was actually one of the legal arguments used in the Colston Four case.

Rhian Graham and Jake Skuse told the court that they had honestly believed, at the time of the toppling, that the people of Bristol (for whom the statue was held in trust by Bristol city council) would have consented to any damage caused by the statue’s removal.

Judge Peter Blair could have ruled that this argument was just wrong and should be set aside, but he didn’t. He left it up to the jury to decide.

Going back to Hayes, his ‘definition’ of the law also ignored the fact that the Criminal Law Act 1967 gives a general defence in law that: ‘A person may use such force as is reasonable in the circumstances in the prevention of crime.’

Many peace activists, over many decades, have justified their actions in court by appealing to these sections in the Criminal Damage Act and the Criminal Law Act. (Usually, they’ve been unsuccessful.)

“We undermine the rule of law when politicians cynically attack and misrepresent the verdicts of independent juries.”

In the case of the Colston Four, they argued that their actions were a reasonable use of force to prevent the crimes of (a) publicly displaying indecent matter and (b) displaying an abusive ‘visible representation’ in the sight of someone likely to be caused distress by it.

In other words, the Four argued that the presence of the statue was an offence under under Section 1 of the Indecent Displays (Control) Act 1981 and also under section 5 of the Public Order Act 1986.

Again, the judge decided that these were not ridiculous legal arguments. He left it up to the jury to decide whether they were correct or not.

Judge Blair also explained to the jury a third possible legal defence that had been put forward by lawyers for the Four. This was that convicting the Four would be a ‘disproportionate interference’ with their rights to freedom of thought and conscience and freedom of expression.

This defence has become established in British law in relation to protest since the Ziegler decision by the UK supreme court last June.

In that case, four Christian anti-arms trade activists were acquitted of highway obstruction by a magistrate, despite admitting lying down in a road leading to the venue for the DSEI arms fair in London. The case was appealed and counter-appealed until it reached the supreme court.

The supreme court finally decided that even disruptive protest can be legally justified, in certain circumstances, by the need to protect the rights to free expression and free assembly.

The evidence and arguments presented to the court in the Colston Four case were rich in many ways we haven’t touched on here.

The point of this note is to confirm that the jury’s majority verdict was within the bounds of the law as explained to them by the judge, Peter Blair QC, the senior circuit judge in Bristol.

This is not a case where the jury decided to acquit people contrary to the judge’s instructions (‘directions’).

In the case of the Colston Four, the judge’s directions gave the jury several possible legal grounds for acquittal, as we’ve seen.

The Secret Barrister comments: ‘All the verdict tells us is that the jury were not sure that the prosecution had proved its case, or alternatively that the jury were sure the case had been proved, but were not sure that it would be proportionate to convict the defendants. And that formulation is key. The defendants did not have to prove that they were acting lawfully; the prosecution had to prove that they were not. That is not a glitch or a technicality: that is the foundation of how our system works.’