Wes Jackson, Hogs Are Up: Stories of the Land, with digressions 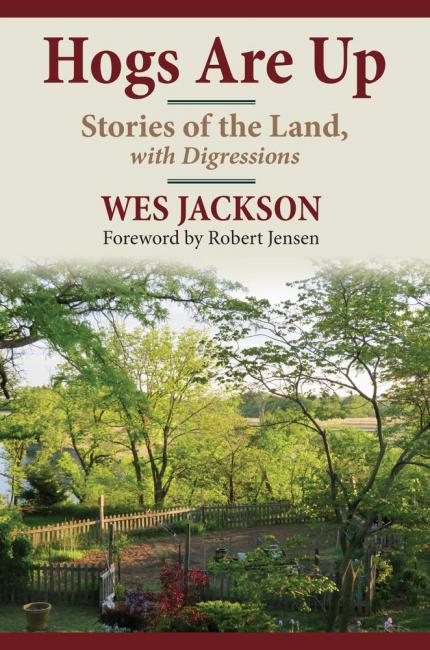 Why read something from Kansas? How can anything be relevant to climate justice that comes out of a part of the USA that consistently votes Republican, and where school boards regularly try to enforce the teaching of creationism by science teachers? For 20 years, I lived just over the border in Missouri and, despite the conservative stereotypes, there are hopeful stories to be told coming out of Kansas. Wes Jackson is one of these. Jackson is a geneticist and ecologist who grew up on the rich, fertile prairie soils of Kansas, where family farms grew diverse crops hoed by hand and the fields were ploughed with horses. He saw the transition to industrial big business agriculture, to mechanised, chemicalised and monocultural farming, a transition aided and abetted by the university system.

In awe of the richness of natural prairie ecology, Jackson founded the Land Institute in Salina, Kansas, in 1976, giving up his academic status and tenure at California State University in Sacramento.

The Institute aims to offer ‘hope, rooted in Science’ and to ‘ignite a global movement for perennial agriculture.’

Today, it flourishes, pioneering perennial cereals and oil crops and researching ecological polycultures – (where more than one crop is grown in the same space) – that mimic natural prairie systems.

This system of farming is more sustainable, does not mine the soil, and secures human food supplies in a better way.

The institute’s work is doubly significant because Kansas is the breadbasket of the USA.

In this book, you hear the human story of Wes Jackson, sharing his big learning moments in an easy way. It is a tightly-written, well-edited collection of personal stories that are inspiring and annoying, that make you laugh and make you think, and that are folksy-down-to-earth. It is written by a serious and visionary agricultural scientist.

I think it is easier to be a radical peace and justice activist in the UK. So, I take my hat off to the outstanding contributors to peace and justice that courageously emerge despite the messed-up extremes of American culture and politics. This book is an easy, inspiring and fun read – an ideal present, after you have first enjoyed it!