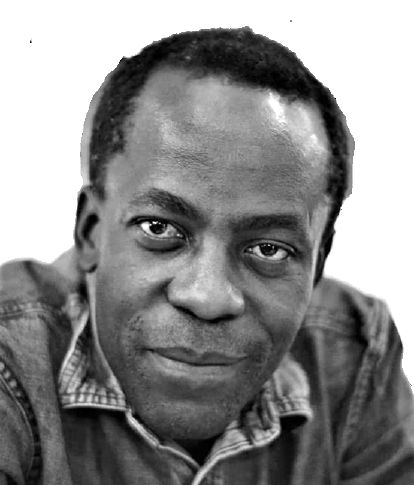 To give a flavour of some of the work in Home is a feeling not a place, Laila Sumpton reads me ‘What is peace?’ by Enirayetan, one of the workshop participants who is also featured in the book. Sumpton says: ‘I can’t ever do this justice, because the lady who wrote it sings halfway through. She bursts into song. It was just fantastic to see someone performing and really, like, almost preaching it with a lot of power.’

Sumpton is a poet, educator and performer who works with schools, museums, galleries and hospitals on poetry projects for learners of all ages. She held the lockdown creative writing workshops with people who are looking for refuge and those who have recently moved to the UK.

The workshops led to Home is a feeling not a place, a compilation of short stories and poems published by the Jesuit Refugee Services (JRS UK). The 58-page anthology explores poetry, self-portraits, the COVID-19 pandemic, lockdown, the meaning of ‘home’, and peace.

Speaking to Sumpton recently, I ask her what she enjoyed most about the workshops. She gives one of the exercises as an example, and says: ‘When we were talking about what the future would be like, everyone had a different opinion. Some people saw a beautiful, environmentally-sustainable, peaceful world. Other people saw the complete opposite. Making space, even within the constraints of Zoom, where there was actually a bit of a debate was something that was really good.

‘I loved being surprised by what people would send me and how playful people would be with language, involving songs, involving lots of information about their home cultures as well. That was always exciting.’

I ask her how conducting workshops online compares with doing them in physical spaces. She says, ‘It’s a lot easier to walk around a room, read someone’s work instantly, give them advice, whereas, because of the busyness and sometimes turbulence in people’s lives, sometimes people will be tuning into the workshop whilst they were on a bus, on a train, in a kitchen, chopping onions, and kind of half in a poetry workshop and half tending to kids. It is a different way to learn. But, somehow, within all of that, people found the space to write, to connect with these topics and to share opinions as a group as well.’

She describes the workshops and the book as huge confidence boosts that saw some of the participants give their first-ever poetry performances online. It all encouraged people who had never written creatively to see themselves as writers.

For Sumpton, one of the reasons why workshops like these are important is because they create space for marginalised groups and open up the literary scene in the UK. ‘They stop it becoming a private members’ club. If it doesn’t open up, you’ll never hear new perspectives or new ideas.’

The workshops give people a way into the arts. ‘Everyone needs to begin somewhere,’ Sumpton says. ‘Some people might have a novel and be ready to start writing right now. For other people, that novel or that book of poems is five years, 20 years in the future. You need lots of opportunities, all steps along the path, and they need to be accessible, friendly places which are adaptable to people’s needs.’

Sumpton hopes there will come a time when big publishers will also put in the time and resources needed to support new voices. She says, ‘Sometimes, in the adverts you see for competitions, you can see the impact of Black Lives Matter. You can see that suddenly publishers are going: “Oh goodness, we need to actually do something.”

‘So, there are a lot more calls which are specific and which are asking for contributions from marginalised voices. But then what you also need alongside these calls are writing support projects because otherwise you just get the usual candidates, you get the frequent flyers who are already at that level where they can publish.

‘Just saying there’s a call for submission isn’t widening access, really. It’s got to have lots of different steps to it, I think.’