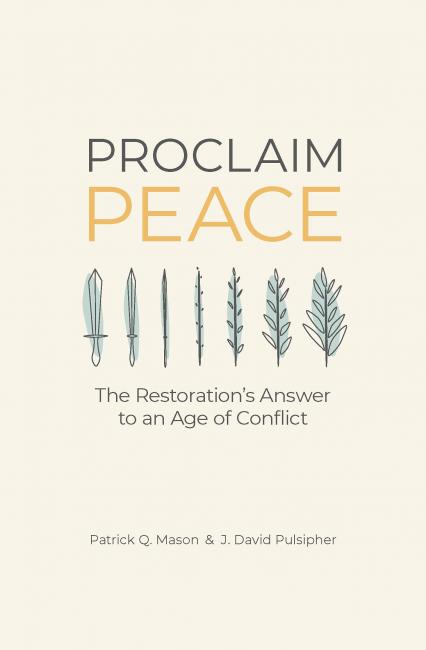 Mormons were encouraged to obey conscription in the First and Second World Wars and in the Vietnam War.

It is a sorry story.

But it is not the only story to be told.

Two LDS scholars tell other stories in this book, which I think is the most exciting and significant work on peacemaking ever produced by LDS academics.

There is no doubt about the commitment of both scholars to nonviolent peacemaking. They skilfully write both for faithful Latter-day Saints and for the wider public, so that outsiders can also grasp another way of understanding the impulse for peace in Latter-day Saintism and its texts.

Both authors are well-read in the discipline of peace studies and it is this perspective that permeates the book and builds bridges with peace studies scholars from other religious and ideological perspectives.

How significant is the Pulsipher and Mason contribution in the LDS church? There is no equivalent in the Mormon church to either the Anglican Peace Fellowship in the Church of England or to Pax Christi in the Catholic Church.

Pax Christi’s Nonviolent Peace Initiative is proving particularly fruitful, influential and hopeful. If this book can lead to a well-organised group pushing leaders and calling members in the direction of nonviolence then there is indeed hope, but they will also need the equivalent of a pope Francis.

The LDS church has so much potential for good in the world. If these two Mormon ‘rabbis’ are heard then perhaps the day will come when journalists will celebrate courageous Mormon peacemakers rather than denouncing LDS participants in US torture.