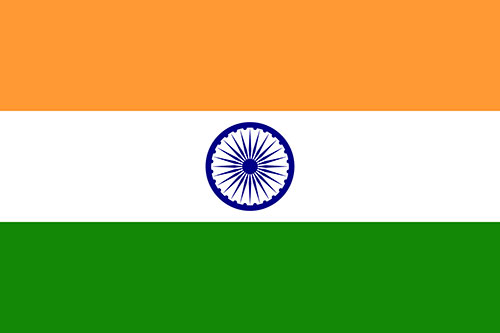 The Glasgow summit in November was historic in that it produced the first climate agreement that actually named fossil fuels as a problem. However, it only named one fossil fuel, coal – which is (in global terms) now the fuel of poorer countries.

Western countries used coal massively earlier in their industrialisation and development. They have now largely switched to the other two fossil fuels, oil and gas.

The effect of naming only coal in the Glasgow agreement was to point the finger of blame at developing countries who aren’t rich enough to be able to import oil and gas in massive quantities, and who have to rely on coal for energy.

India depends on coal for 70 percent of its electricity generation, for example, and will take decades to switch over to clean, renewable energy. As India’s population emerges from poverty, they will demand more energy per person, making the transition to clean power even harder.

Brandon Wu of ActionAid International pointed out: ‘India said in negotiations that all fossil fuels must be phased down, in an equitable manner. This is quite a reasonable response that is supported by a broad coalition of civil society groups which, earlier at COP26, released a report about how this might be done [see p14 – ed]. A globally equitable fossil fuel phase-out is essential for the just, feminist and green transitions that countries need to make.’

One part of climate justice is taking account of the how we got to this point, and the historic emissions that different countries have made, in making our plans for the future.

An Indian minister said before COP26, at the Rome G20 meeting: ‘All the countries put together will be net zero [emissions], which means that developed countries, which have already enjoyed the fruits of low-cost energy for several years, will have to go in for net zero much faster, and possibly even going for net negative, so that they can release policy space and some carbon space for the developing countries to pursue their development agenda.’

Who uses the carbon budget?

In other words, there is only a certain amount of greenhouse gas emissions that the world can afford this century, its remaining carbon budget or ‘space’, and most of that should be reserved for the poorer nations of the world who have not contributed as much to the creation of the climate emergency.

"Developing countries have a right to their share of the global carbon budget."

India’s environment minister, its COP26 negotiator, Bhupender Yadav, said: ‘Developing countries have a right to their fair share of the global carbon budget and are entitled to the responsible use of fossil fuels within this scope.’

The award-winning investigative site Carbon Brief says: ‘In total, humans have pumped around 2,500bn tonnes of CO2 (GtCO2) into the atmosphere since 1850, leaving less than 500GtCO2 of remaining carbon budget to stay below 1.5C of warming.’ We’ve burned through 85 percent of our total carbon budget.

Carbon Brief compiled a new analysis in October 2021 which includes the effect of changes in land use and forestry as well as the burning of fossil fuels.

This showed that while Brazil, China, India and Indonesia together account for 42 percent of the world’s population, they’re responsible for just 23 percent of emissions over the period 1850 – 2021.

In contrast, Canada, Germany, Japan, Russia, the UK and the US account just for 10 percent of the world’s population, but for 39 percent of global emissions over that time.

In terms of their plans for emissions, India has pledged cuts that would mean it would be emitting 2.31 tonnes of CO2 per capita in 2030, according to Sunita Narain, director of the Centre for Science and Environment in New Delhi.

EXPLAINER 1: Why ‘loss and damage’ is so vital to the Global South - see our Editorial

This was definitely a slight weakening of the text, from a climate perspective.

On the other hand, even in the ‘phase-out’ version of the text, there was no deadline or timeline for ending the use of coal. It didn’t mean much.

Also, the draft only talked about phasing out ‘unabated’ coal. That would have given the green light for nations to keep on digging coal mines and building coal power plants on the basis that the unproven technologies of carbon capture and storage will appear in the future – and safely and permanently remove coal’s carbon emissions.

Maybe ‘unabated’ should have got some attention, too?