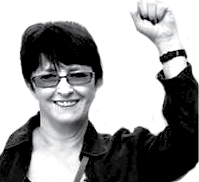 Our columnist urges you to check your facts

You may be familiar with the children’s, or parlour, game where participants line up, or sit in a circle, and pass a message along. Somewhere along the line, the message becomes garbled and the amusement is in comparing the result with the original message.

The typical result was along the lines of: ‘send reinforcements, we’re going to advance’. This became ‘send three and fourpence, we’re going to a dance’. That’s obviously more than 50 years old.

The name ‘Chinese Whispers’ was adopted in the UK by the mid-20th century. Prior to that it was known here as ‘Russian Scandal’ or ‘Russian Gossip’. In the US, the game is usually called ‘Telephone’. It has been used in schools to simulate the spread of gossip and its possible harmful effects.

I did wonder whether ‘Chinese Whispers’ was a racist name for the game.

Wikipedia says: ‘Usage of the term has been defended as being similar to other expressions such as “It’s all Greek to me” and “Double Dutch”.’

The entry also quotes Yunte Huang, a Chinese-American professor of English at the University of California: ‘Indicating inaccurately transmitted information, the expression “Chinese Whispers” carries with it a sense of paranoia caused by espionage, counterespionage, Red Scare, and other war games, real or imaginary, cold or hot.’

I like the name ‘Grapevine’ myself. If I need to write or talk about this game in the future, that’s what I will call it.

Anyway. What’s the significance of this?

You remember the story about the ‘illegal immigrant’ who couldn’t be deported because he had a cat? Theresa May insisted, 10 years ago: ‘I am not making this up’.

Maybe she wasn’t – but someone else was, perhaps, misinterpreting?

The man was a visa overstayer (not an ‘illegal immigrant’) who had come to the UK perfectly legally as a student and who was hoping he could get leave to remain.

A home office policy on unmarried partners gives credit to couples who have been together more than two years. As he had set up a household with a British woman, in a ‘partnership akin to marriage’, the home office should have looked more kindly upon his application.

Hence the mention of a cat: he’d set up home with his partner, had bought lots of things for the home, and they even had a cat.

Anyone with an ounce of common sense would have realised that having a cat would not, on its own, be sufficient to permit a change in his residency. After all, his partner was in the home, looking after the cat, and... there are animal shelters.

Go forward a decade or so. Last time I heard this story, someone was writing on social media: ‘recently, there was a rapist and murderer who couldn’t be deported because he had a cat’.

Was this the same story, exaggerated? Yes it was.

Cue lots of angry responses. People who hadn’t twigged that this again was nonsense. If the man really was a rapist and murderer, he’d be in prison and the fact of the cat would be completely irrelevant.

In fact, some prisoners up for deportation have actual real families consisting of human beings in the UK but it makes little difference if the government is set on deporting them.

I realise that, for some, overstaying a visa is second only to rape and murder in the line-up of heinous crimes, but it’s really not the same thing at all.

This is a plea to not pass on gossip, and it’s not as if it is difficult these days, with the internet and all. I’ve seen shared as fact, stories which I first came across on satirical websites like The Onion, Rochdale Herald or Southend News Network.

So, do check that the story you’re sharing, whether on social media, over the garden fence, in the pub, is actually true and not a ‘secret message’ or ‘the broken telephone’. Yeah, I’m sure we’ve all done it.

You heard it through the grapevine, folks! But do check it’s true before you send it on.