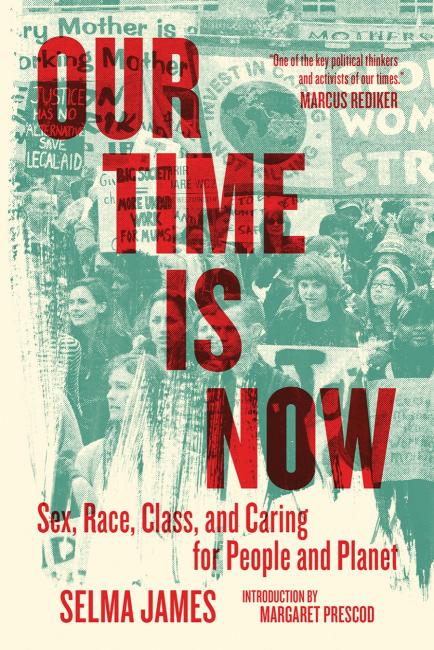 I first encountered Selma James at a feminist workshop in 1975 and thought: who was this strident American telling me I was a housewife and should demand wages for my work? The idea seemed quite reactionary for Ireland, where a conservative government had floated the idea of credits for housewives based on their husbands’ earnings, in order to keep married women at home.

I mistakenly thought she was following that path until I read her work. Enlightened, I took part in the campaigns demanding wages for housework.

James, a Jewish working-class woman born in Brooklyn, worked in partnership with her husband, the Marxist historian and writer, CLR James.

One of the most interesting passages of Our Time is Now explains how Selma evolved and incorporated CLR’s practices into her own activism, especially the importance of the autonomous organisation of women and Black people in creating a powerful movement based on the experience, insights and instincts of grassroots networks rather than on those formally-educated individuals who invariably assume leadership.

James began her Wages for Housework Campaign by redefining the working class from what most of the left had understood it to be. She said that unwaged housewives were part of that class. When CLR was asked what he thought of Selma’s focus on wages for housework he replied: ‘you can’t be against it’.

Women do two-thirds of the world’s work for five per cent of its income. Increasingly, the value of that unwaged and badly-paid work is being recognised.

This book takes us through the journey of winning that recognition, covering the ‘Time Off’ campaigns of 1985 – 1990 (in which women were encouraged ‘to make their work visible’ each 24 October ‘by not doing it’) and the 2000 Global Women’s Strike. The slogan of the latter campaign was ‘Invest in caring not killing’ and women from 60 countries, including Ireland, took action.

The struggle continues and Selma shows how the money spent on the world’s military budgets could easily fund a universal Care Income and would open the way for all genders to rethink how we relate to each other and to the natural world.