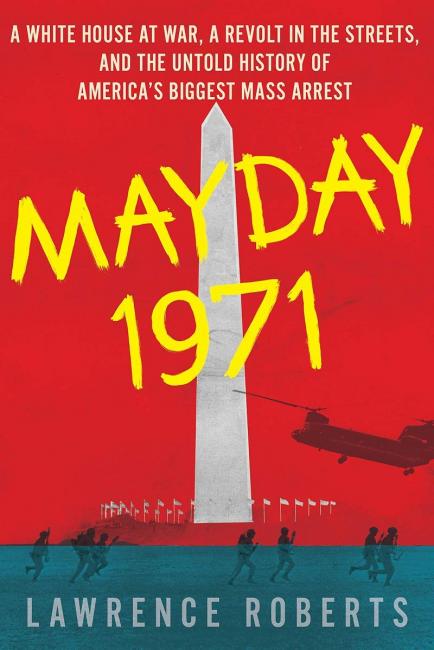 Lawrence Roberts’ book is an absolutely riveting account of all the action. He has a journalist’s eye for fascinating details, and the extensive referencing and original interviews show he has done his research.

Out of the hundreds of thousands of participants, Roberts focuses on key figures such as revolutionary pacifist Dave Dellinger, police spy John O’Connor, and the city’s police chief.

This is a book written for a general audience but there is plenty to interest peace activists working today.

By 1971, Roberts notes, the US anti-war movement ‘already was the largest and most effective the world had ever seen’, having a significant restraining influence on US presidents Lyndon Johnson and Richard Nixon in terms of their military options.

Nixon and his team feigned indifference to the Mayday protests but in reality they were obsessed with them, with Nixon, who had fled to California to dodge the mass agitation, getting hourly updates on events on the streets.

The tactic of autonomous affinity groups blocking traffic resonates today with the actions of Insulate Britain, as does the use of police spies to infiltrate and undermine the movement. One affinity group included whistleblower Daniel Ellsberg, Noam Chomsky and the historians Howard Zinn and Marilyn Young, who met up with nonviolent activist Barbara Deming on the Fourteenth Street Bridge.

Roberts notes that the members of Vietnam Veterans Against The War, who carried out mock search-and-destroy missions on the streets to educate the public, were immune from arrest as the government was scared about how this would be perceived.

The bombing of the US Capitol building on 1 March by the militant Weather Underground group provides an insight into how a violent flank impacts a wider movement. ‘The attack… helped Nixon’s men justify their aggressive preparations for Mayday’, Roberts notes, while Dellinger worried it would endanger the uneasy anti-war coalition he and others had painstakingly put together.