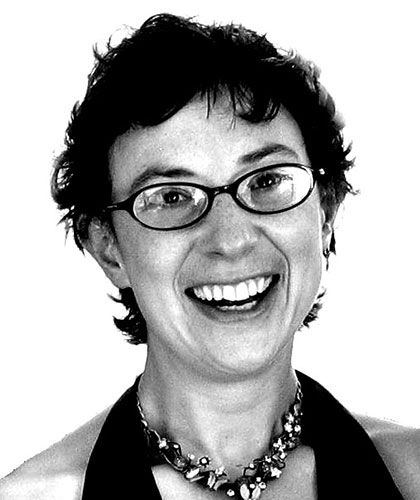 Our Leeds-cooperator turns her attention to money

Money is power, money is message, money makes the world go round. Time is money. Every little counts. It’s all about money.

Credo: I want to see a world without money, where people give according their ability and receive according to their needs, where power is collective and resources are shared.

In the meantime though….

As I go to sleep thinking about money for this article, Liza Minelli and Joel Grey* are shimmying, pouting and grimacing across my mental stage, epitomising the darkness and depravity of having or not having money, the disgustingness of inequality.

In our society, money is power in all senses and definitions – if you don’t have it and you can’t get it, your power is limited and probably so is your life expectancy. And to get it you have to beg and be grateful to your benefactors, make money out of other people or make even more money for someone else (who’s making it out of other people).

I usually prepare for this column by trying to remember any moments of emotion and yesterday I felt a frisson of excitement when I read that Clapton Community Football Club (CFC), an anti-fascist, entirely volunteer-run, fan-owned club in East London, had sold over 16,000 club shirts globally. All that money! Fabulous!

Money as a tool for change. Now, I entirely resonate with Audre Lorde’s assessment that the master’s tools will never dismantle the master’s house. But (ach, darn, I used ‘but’) we do limit ourselves fairly dramatically if we decline to use money, given the ‘money is power’ declaration I just made.**

As every well-trained community organiser can tell you, ‘power’ means ‘to be able to’. To be able to change society, we need to create or acquire our own community assets, communities need access to land, we need the tools to organise, we need to be able to communicate with people we don’t know. We can’t leave all those powers to the state and corporations.

‘Get a little, get a little / Money money money money.’ Money as survival tactic. If you can’t meet your needs for food, warmth and shelter directly from the land or a community, those things must be bought (or, to be fair, expropriated***).

We are set up to fail, being individualised and dependent on money to meet our needs.

So people, especially poor people, do what they have always done – help each other out, live closer together, ‘give away’ (aka ‘share’ if you think about it collectively) a bigger proportion of their income to their kinship networks.

The next thing the community organiser will tell you is that power is money or people. But if you don’t have people, you’re back to square one.

And here we get to co-ops – people united to meet their shared needs and aspirations. Co-ops can be legal tools (ach, the master’s tools again****) to collectivise, to increase our buying power, to share resources between us – and they can include those without pre-existing kinship networks. But how do we tell people about co-ops?

Given that time is money and there isn’t capacity for me/us to walk around talking to everyone individually (although there’s a lot to be said for door-knocking and street stalls).

I’m glad to say I spend an awful lot of time thinking about money – how to get it, how to use it, how to share it, how to understand it (also how to account for it, which is the boring bit) and how to communicate all the information.

So, the radical co-op network, Radical Routes is considering sponsoring Clapton CFC. We get to promote collectivism and sharing to people we don’t know, we can tell people about ideas, about actual projects and businesses and encourage them to start their own.

Every week we can write about co-operation for survival – about The Class Work Finance Redistribution Project, about Co-operation Town food co-op network, mutual aid networks, other food co-ops, savings clubs and credit unions. About wealth redistribution at all scales. About my housing co-op’s ‘Collective Financial Security’ pot, where those of us with savings share some, so those of us without savings have more power in our lives and in our group dynamic.

‘If you happen to be rich.…’ We can harness money as a tool for change – promoting The Edge Fund, an experiment in non-hierarchical charitable funding, where the donors and the recipients jointly decide where the money goes. Or promoting investing in Rootstock or Co-op & Community Finance, to lend money for co-ops. Or promoting the Worker Co-op Solidarity Fund – which currently has 600+ supporters of worker co-operation pooling £1/week as solidarity funding for worker co-ops and movement building.

What do we have next, folks? Fortunately, the list is very long ...

Cath is a Leeds-based co-operator, and her next task is the bookkeeping for Platform 6 Development Co-op.

* ‘Money makes the world go around’ is the first line of the song ‘Money, Money’, from the 1972 musical Cabaret. You can see it on YouTube: www.tinyurl.com/peacenews3602

** I already disagree with myself – there is great value in demonstrating how to live well without money or with very little. But the influence on society is likely to be quite limited.

*** Expropriation: the taking of private property for public use or in the public interest – great fodder for another article.

**** Read ‘The Hidden History of Co-operative Law’ by Tara Mulqueen, in the Spring 2021 edition of Stir to Action.