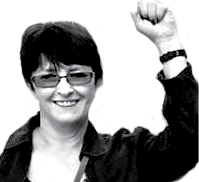 Freedom of speech doesn't mean a right to insult, our columnist argues

Yes, it’s another of those current buzzwords/phrases, along with ‘woke’ (which appears to have replaced ‘PC gone mad’, ‘snowflake’ or ‘triggered’ (the latter always seems to require that quote from The Princess Bride: ‘You keep using that word, I do not think it means what you think it means’)).

Universities in particular have also been accused of curtailing free speech by ‘no platforming’ resulting in ‘cancel culture’.

I cannot see why universities should not be free to choose who they get to speak at events.

This applies even more to student societies.

Surely the Feminist Society at a university should not feel obliged to invite a ‘men’s rights activist’ in order to provide a balanced debate.

University debating societies will organise debates with people taking opposite sides, whether or not they personally agree with the point of view they are to defend. Not the same thing as a public meeting, where, under normal circumstances, organisers can invite whoever they choose.

I recently attended (online) a meeting on safer neighbourhoods. Nobody suggested they should invite people who routinely carry knives.

There was not even anyone actively campaigning against prison, no, not even me, I remain unconvinced that absolutely no one should be in prison. The likes of Fred West, obviously; someone committing nonviolent crimes, even serious fraud, no, I favour community service and reparations paid to victims.

The organisers of the meeting decided who they were going to have along, and nobody suggested otherwise.

When some people exercise their ‘right to free speech’, it seems nobody else can contradict what they’ve said.

When I have called people out on bragging about being rude, offensive even, to strangers in the street or on social media, I have at times been accused of being ‘offended’ myself. And of ‘defending the indefensible’ (such as religion).

The next step is to accuse me of being ‘triggered’ and told to go back to my ‘safe space’ (I’ve had that comment addressed to me on a slightly different matter) or any of these latest buzzwords.

No, I am not offended. Nor shocked at any bad language in any reply (I am quite capable of replying in a similar matter, and do so).

I just cannot for the life of me see why someone who calls themselves a defender of free speech should then attempt to curtail my own freedom of speech in calling them out on their rudeness! Or why free speech means the right to insult anyone.

Is that a peaceful society when someone can go up to a person dressed in a way that they don’t approve of and call them a ‘freak’ or accuse them of being a paedophile if dressed as a priest?

To be clear, I am not objecting to someone thinking that a woman wearing a burka looks like ‘a freak’, nor them saying that in private, or even on social media (as long as they don’t mind me telling them they’re being rude), but going up to a stranger on the street and telling them so is another matter.

That person might even find such an approach threatening. Would that be okay?

A few years ago, in the days before COVID, someone from the Green Party was asked by the BBC to talk on climate change, but they turned it down when it was realised that there’d be a climate change sceptic on the panel. It seems that the BBC are so keen on ‘balance’ and allowing the climate sceptics their freedom of speech that a false equivalence has been established here.

It’s a bit like inviting professor Brian Cox on to talk about astrophysics with a flat-earther! So, should flat-earthers also have their views aired on the BBC? Does it mean their freedom of speech is being denied if they’re not invited on? There’s always Speakers’ Corner in London.

No, freedom of speech does not guarantee a platform anywhere and everywhere to anyone and everyone, nor does it mean anyone or everyone has to listen.

It also doesn’t mean those with opposing views should keep silent for fear of being accused of ‘cancelling’ the other’s free speech.

Importantly, it does not guarantee freedom from the consequences either.