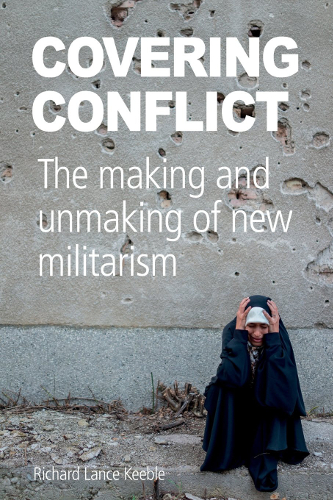 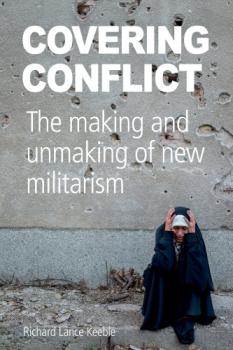 The scope of Covering Conflict cannot be overstated. Drawing from a dizzying array of sources throughout – interviews with journalists, theoretical approaches, autobiographies, biographies, histories, academic journals, newspapers, magazines and mainstream and alternative websites – it is well-written, well-argued and meticulously referenced. For PN readers it is an extremely valuable resource, and should be a compulsory read for all journalists.

In this book, Richard Keeble draws on over 25 years of research to meticulously analyse the media’s role in a succession of conflicts since the Second World War. The result is a blistering critique of British (and US) journalism’s servility to power.

As Keeble outlines, traditional mass-participatory militarism changed after 1945 to the deployment of relatively small, elite forces in secrecy. From the early 1980s, strategy shifted further into a ‘New Militarism’, characterised by short, manufactured, ‘spectacular’ wars, fought against relatively puny opposition, that could be rapidly declared as ‘victories’.

Keeble argues that the press, closely allied to the state in an ever-growing ‘media-military-industrial-complex’, mobilised public support for war through heavily-censored and stage-managed reporting. From the fetishisation of our weaponry and propagation of the myth of our superior ‘precision’ attacks, to the perpetual vilification of the enemy and the portrayal of us as the ‘vulnerable’ states acting only in ‘defence’ against them (the aggressors).

Keeble coins the term ‘massacrespeak’ to describe how the press silence the reporting of what are in essence US-led massacres of vastly inferior opponents. The First Gulf War (1990-91) is analysed as a textbook example. During the first two weeks of the conflict, the US-led alliance dropped more bombs on Iraq and Kuwait than were dropped in the whole of the Second World War. It is estimated that over 250,000 Iraqi soldiers perished in the conflict, yet the British and American press ‘represented the conflict as largely bloodless: a triumph of clean, precise, surgical weaponry’.

Also explored, in a fascinating chapter, are the shockingly close ties that have historically existed between the intelligence services and Fleet Street. It is said that at any given time at least one British intelligence agent is working in every Fleet Street office.

In his concluding chapter Keeble remarks on the massive failures of Western military interventions since 2003: the huge casualties, the financial cost (over £50 billion of taxpayers’ money spent on the Afghanistan and Iraq wars alone), and the unprecedented refugee crises now sweeping the Middle East as a result. New militarism, Keeble concludes, has become disaster militarism.