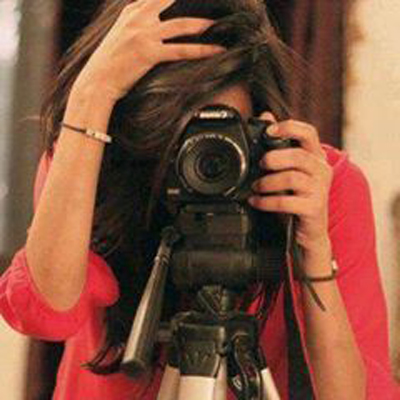 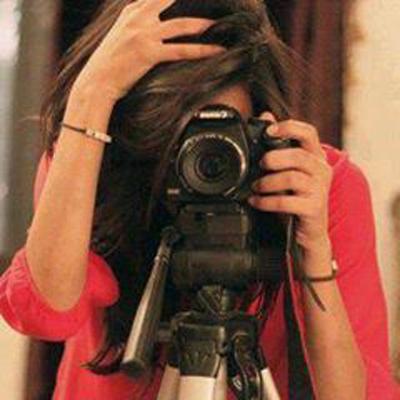 In the first month after the attack on the Manchester Arena on 22 May, dozens of commentators offered dozens of theories on what could have led a Manchester-born-and-raised 22-year-old to massacre dozens of teenage girls and parents as they left a pop concert.

While there was a lot of confident speculation by people who never met Salman Abedi, there is one person who has spoken up who definitely knew Abedi well:

‘Abedi’s sister, Jomana Abedi, said her brother was kind and loving and that she was surprised by what he did this week. She said she thought he was driven by what he saw as injustices. “I think he saw children – Muslim children – dying everywhere, and wanted revenge. He saw the explosives America drops on children in Syria, and he wanted revenge,” she said. “Whether he got that is between him and God.”’

This quote was given to the Wall St Journal and published on 25 May under the headline: ‘Manchester Bomber Believed Muslims Were Mistreated, Sought Revenge’.

It’s possible that Jomana Abedi is wrong about what motivated her brother. What is not in doubt is that her explanation (not a justification) remains the single best piece of publicly-available evidence about Salman Abedi’s state of mind when he carried out mass murder at the Manchester Arena.

How did the British mainstream media handle this important piece of information about the Manchester attack?

What we find is more confirmation of the Chomsky–Herman Propaganda Model of the mainstream media. According to this analysis, the mainstream media in countries like Britain and the US see themselves – and present themselves – as devoted to truth and hostile to established power, but actually in crucial ways they shape what they produce to serve power not truth, and to minimise public understanding of important events and issues.

Uncomfortable facts and insights do appear in the media, but they are managed. Media critic Noam Chomsky and his co-author Edward Herman wrote in 1988:

‘That the media provide some information about an issue... proves absolutely nothing about the adequacy or accuracy of media coverage. The media do in fact suppress a great deal of information, but even more important is the way they present a particular fact – its placement, tone, and frequency of repetition – and the framework of analysis in which it is placed.’

In this case, what we find is that Jomana Abedi’s evidence has been reported in the British press – and it has also effectively been suppressed. On the face of it, you might have expected this startling and newsworthy story to become part of the conversation about the Manchester attack. Far from it. What we find, repeatedly, is that her statement is often buried at the end of a story; it is noted casually; and it has been mentioned only once or twice most of the elite newspapers.

The Guardian stands out for carrying the most reports of Jomana Abedi’s statement in those four weeks – three mentions. The Times had two mentions, while there is only one reference in each of the following papers: the Telegraph, the Financial Times and the Observer (the Guardian’s Sunday sister paper). I wasn’t able to find any references to Jomana Abedi’s statement in either the Sunday Telegraph or the Sunday Times.

Using the Chomsky-Herman framework for analysis, we see that the media have used placement, tone and frequency of repetition to self-censor Jomana Abedi’s claim out of history. As Chomsky and Herman predict, the mainstream media have also created larger frameworks of analysis within which her evidence makes no sense.

As a result of all these moves, the few reports of her statement that do exist have effectively disintegrated and disappeared from the public mind.

The best way to erase-a-story-while-reporting-it is to give no hint of it in the title or in most of the article, and to drop it in at the end of the piece without any context, like a throwaway remark which deserves no attention.

On 28 May, the Observer ran a profile of the suicide bomber: ‘How hardline theology, resentment, and an obscure 90s terror group in Libya radicalised Salman Abedi and sowed seeds of Manchester attack’. In this 35-paragraph story, the first sign of Jomana Abedi’s testimony comes in paragraph 28. Her quote forms paragraph 29. The few remaining paragraphs take no account of her evidence.

Only two news reports treated the story the way it deserved, in strictly news terms. Jomana Abedi was quoted in the Wall St Journal on 25 May. The following day, the Telegraph had an almost-whole-broadsheet-page profile of Salman Abedi entitled: ‘My brother the bomber thought world was at war with Muslims’. Of its 29 paragraphs, the first six were entirely devoted to Jomana Abedi’s evidence. Meanwhile, The Times had a nine-paragraph story on 26 May: ‘Attack was revenge for Syria, Abedi sister claims’.

This strong story (in news terms) never reappeared in the Telegraph, and it reappeared only once, glancingly, in The Times.

Moving on from news reporting, in the seven print newspapers under review, over a whole month, there was only one opinion piece or editorial – out of the dozens about the Manchester attack – that in any way referred to or took account of Jomana Abedi’s evidence about her brother’s state of mind, whether to agree with it or disagree with it.

This is an impressive display of consistency, uniformity and discipline. It was achieved not by any government diktat, but by rigorous self-censorship.

In the one exceptional article on 27 May, Guardian columnist Jonathan Freedland not only took account of Jomana Abedi’s evidence, he acknowledged the case that British foreign policy had increased the risk of terrorism; he gave some context for Abedi’s statement; and he supported it with other evidence.

This was the first and only article in elite British print newspapers that actually digested and made sense of Jomana Abedi’s claims about her brother’s motivations, rather than just noting factually what she said.

We must note, however, that Freedland did all this just to set up a fierce attack on the idea that British foreign policy is a significant motivator for these kinds of attacks.

So there was not a single opinion piece or editorial in elite British print newspapers that found Jomana Abedi’s statement to be a valuable piece of evidence about her brother’s state of mind.

The suppression of Jomana Abedi’s statement is not only a betrayal of professional journalism, and a vindication of the Chomsky–Herman Propaganda Model, it is a betrayal of the victims of the Manchester Arena. The best memorial to those who died is to ensure that no more terrorism of this kind happens again, and that requires us to understand why this kind of terrorism happens.

Milan Rai is PN editor and author of Chomsky’s Politics.