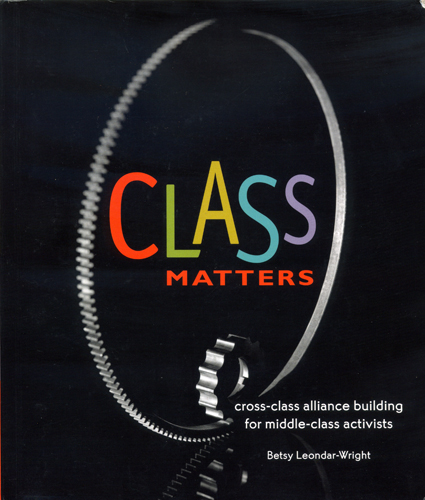 How can middle-class campaigners become better at cross-class collaboration? An excerpt from the pioneering book Class Matters 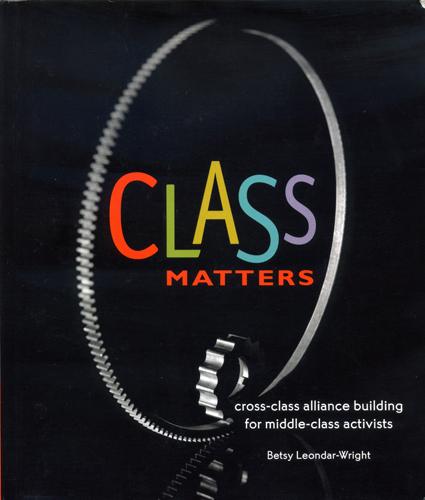 After some painful rifts along class lines in the 1990s, I began looking for resources about cross-class alliances. Fred Rose’s and Linda Stout’s wonderful books helped me – but I found no workshops to attend, no newsletters to read. Slowly I came to the conclusion that I could write something myself. In 2002, when I thought of writing for middle-class activists in particular, the ideas started to flow.... Writing this book was like making a patchwork quilt. In patchworking, you cut away extra material to make a shape and then juxtapose it with other pieces to make a pattern. In Class Matters, I have juxtaposed my own experiences next to excerpts from 40 interviews.... Up to this point in the book, implicit (and occasionally explicit) lessons for alliance-building have appeared....This next section, ‘Steps towards Building Alliances’, adds concrete advice, perspectives on being an ally, and stories of deliberate cross-class dialogue.
-------------------------------------
Put relationships first

“Middle-class people are often not in the room except on their own issues. A sense of community is not a priority, just whatever their goal is. That’s a different perspective than my experience with low-income people who think the community is the main thing, that you’re always there for each other.

People always told us that if you spend all this time telling stories and doing class caucuses, you won’t have time to get anything done. But skipping that part is a big mistake. Always make time for telling stories. Piedmont Peace Project was successful because we built relationships and trust as we did political work.

“Whether in Puerto Rico or the US, the more educated someone is, the more they tend to be educated in white culture, logical and linear, and the more they move away from indigenous and African ways of thinking.

“I organised a classism course with an owning-class woman, and she did a good job at hanging in with me. When I got angry, she’d try to understand and not get mad back. I asked her: ‘What are you doing here? Why aren’t you walking away?’ She said: ‘I’m committed to supporting you.’ She listened to me, asked me about my life.

“When I was a college undergrad, I went to a Socialist Party meeting. They went on and on, talking in a way that was abstract, competitive, abstract, unrelated to my life experience – and did I mention abstract?

“I’ve seen this pattern over and over. A cross-class alliance is formed to deal with a problem.

“If you have privilege, have a conversation with low-income leaders about how you could use it strategically.

If you have a country house, maybe we could have a retreat there. It’s not just your money, it’s who you know, what you know, how you talk.

We were organising a conference on homelessness, and members of our group who were homeless were going to speak. There was a woman who had a lot of classism. She said: ‘How are you going to find homeless people to ask to speak? Would they know enough? How could you find homeless people who can talk well enough?’ I was going to debate someone on the governor’s council, and she said: ‘Do you know how to debate? Do you know enough information to debate? Would you be able to keep up with him?’

I asked my owning-class co-worker to talk with her and she persuaded her. Now this woman points out classism when it happens. That’s the fastest turn-around I’ve seen.

My co-worker was able – because of her similar background – to explain how things sounded. It was a strategic use of privilege.

“I helped start a community development corporation that created affordable housing. The board was all professionals and all of us in the houses were neighbourhood people.

There was so much tension over decision-making and who had the control. We argued over what colour paint to use.

“I hate it when middle-class advocates go to conferences themselves without taking low-income activists with them and without raising money to fund low-income people to be able to go.

No conference on poverty should happen without someone living in poverty. But also, don’t send a low-income person by themselves! I went to [Washington] DC by myself for a NOW [National Organisation of Women] conference, I didn’t know where I was going, and they wanted more money from me than I was supposed to pay.

You need someone else with you at a conference, like a buddy system. If you haven’t been to enough conferences and aren’t empowered enough to speak up, you need someone to have a conversation [with] about what happened.

“In Southerners on New Ground, we always budgeted money to bring people who couldn’t afford the travel to our weekend retreats.

We bought plane tickets for people. We didn’t make them fill out a fancy form to prove their need. We only got burned once.

These quotations are taken from the ‘Steps towards Building Alliances’ section of Betsy Leondar-Wright’s Class Matters: cross-class alliance building for middle-class activists (New Society Publishers, 2005). Betsy herself is from an upper-middle-class white family. You can buy copies of Class Matters from Class Action in the US:
www.classism.org/store